Tropical Storm Eta forms in Caribbean, ties for most named storms in a season 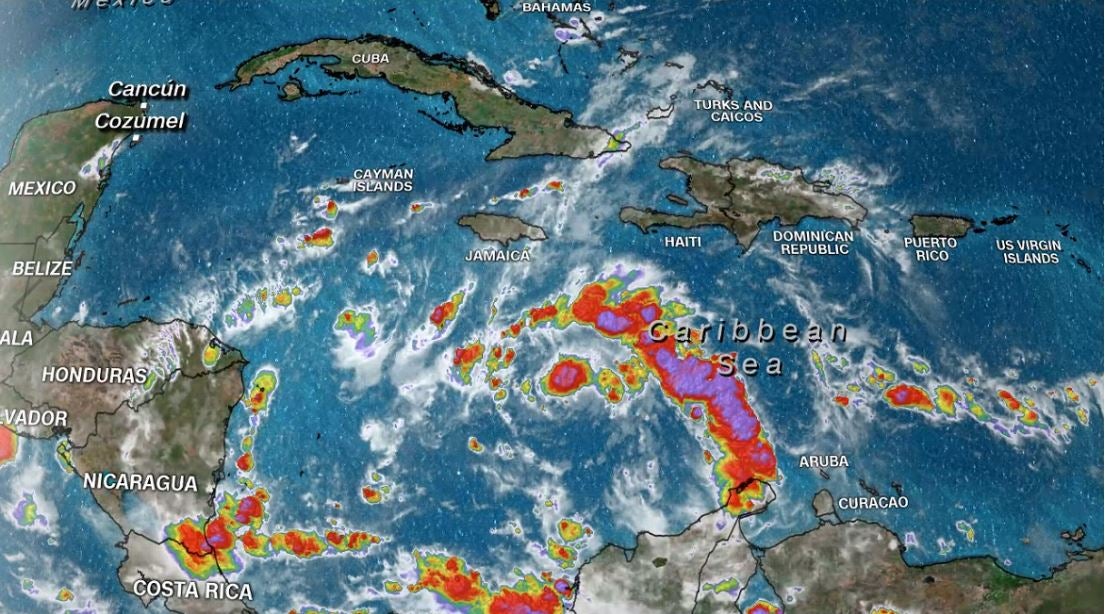 (CNN) — Tropical Depression 29 in the Caribbean has been upgraded to Tropical Storm Eta.

Eta is the 28th named storm of the active 2020 hurricane season and ties the record for the number of named storms in a single season set back in 2005.

The storm has winds sustained at 40 mph with stronger gusts and is moving west at 15 mph, according to the National Hurricane Center. It is expected to make landfall in Nicaragua early Tuesday.

A ripe environment ahead of Eta could allow it to strengthen rapidly, intensifying into a strong Category 1 hurricane prior to landfall. Heavy rainfall from the system may lead to flash flooding and river flooding for portions of Jamaica, Cayman Islands and Central America.

Eta’s track and intensity after Thursday remains uncertain and will be closely monitored.

This is the first time the name Eta has ever been used for a storm.

Storms are named in alphabetical order, excluding names starting with the letters Q, U, X, Y or Z. In the event that a season is exceptionally busy and there are more than 21 named storms in a season the Greek alphabet is used.

Though 2005 had the same amount of named storms, that year did not reach the name Eta because the NHC increased the total for the season to 28 after the season ended when it was decided that a storm should have been named but was not, according to CNN meteorologist Tyler Maudlin. So, Eta was never technically declared that season.