Breezy start to the week 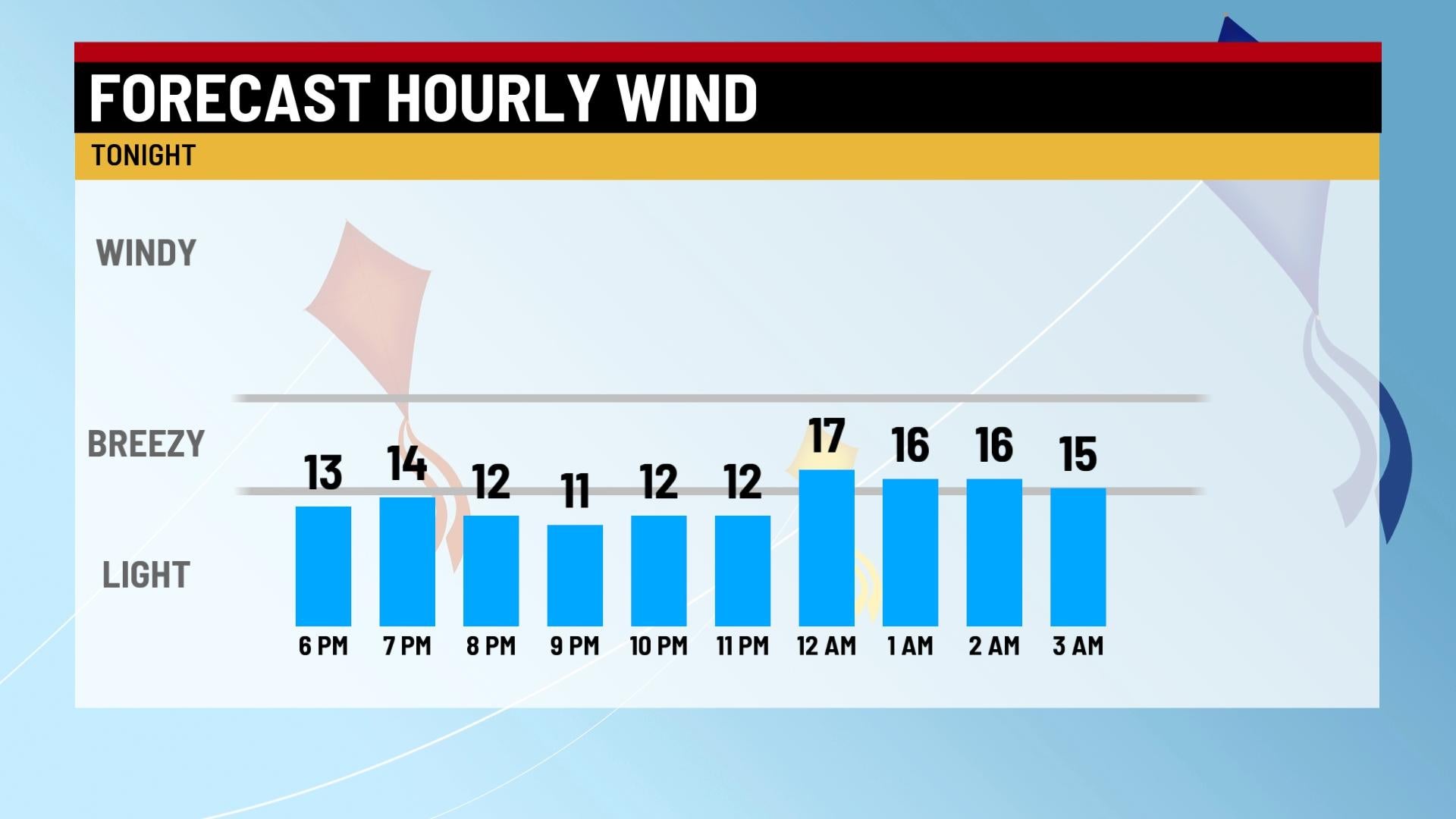 TONIGHT: Winds have been gusty all day. They eventually drop a little later tonight. It will still be breezy with winds gusting close to 30 mph during the overnight hours. Skies become mostly clear. Temperatures fall into the lower 40s.

MONDAY: It will still be breezy but not as windy as it was Sunday. Winds will be out of the NW between 10-15 mph. Look for lots of sunshine throughout the day. Areas north of the city may see a little cloud cover later in the afternoon. Highs climb into the middle 50s.

TUESDAY: Clouds return across the state as a system skirts south of us. We’ll see a slight chance for a few showers in the southern part of the state. Much of the area remains dry with just mostly cloudy skies. Temperatures stay on the cooler side below normal reaching the upper 40s close to 50.