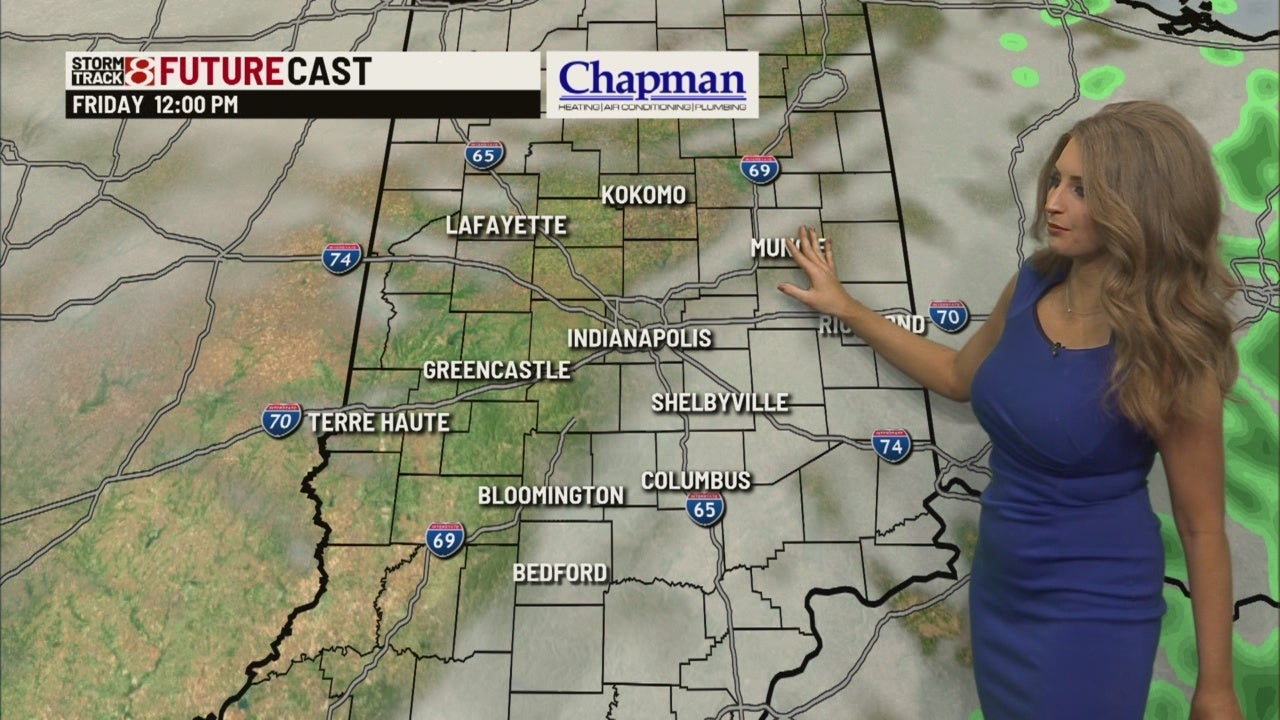 INDIANAPOLIS (WISH) — Temperatures in the mid to lower 50s this morning. A few lingering showers through the remainder of the morning with partially clearing this afternoon. Highs during the day will cool into the 40s.

Pacers game later tonight will be a cold one with temperatures bottoming out in the lower 30s with partly cloudy skies.

This weekend stays dry with a few flurries possible in northern Indiana. Otherwise, partly sunny skies during the day with highs in the lower 40s and upper 30s. Sunday temperatures will gain a couple degrees as highs soar to the mid 40s with thickening clouds during the day.

Monday rain chances return with highs warming to the mid 40s. Once colder air moves in rain will transition to a mix then a few light flurries. Highs will cool for the rest of the week with 2019 starting off on a cold note. Highs will plummet to the lower 30s with mostly sunny skies by the late half of the work week.