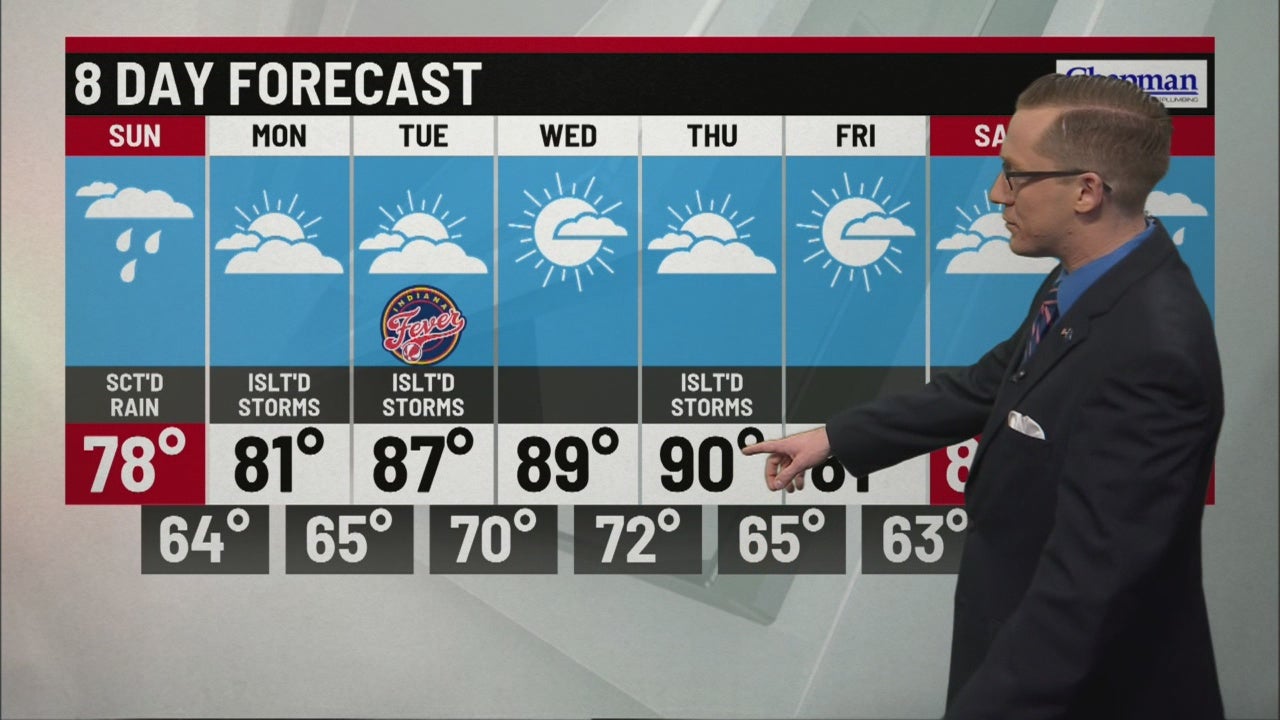 INDIANAPOLIS (WISH) — Good Saturday evening! While the day has not been a complete washout, many areas have seen off and on rain showers. Rain totals since midnight have been on the lighter side with just over a tenth of an inch in the metro and about a quarter of an inch in some spots.

The rain has kept temperatures across the entire state below average. Most areas topped out in the low to mid 70s with a couple spots reaching the upper 70s.

We’ll keep the chance for lingering showers and storms throughout most of the afternoon and evening hours. By 7 pm, some areas could see some heavier rain, especially in our far eastern counties.

Temperatures will not change much as we head into the late evening and overnight hours. By 11 pm, many areas will make their way into the low 70s.

Low temperatures will dip into the upper 60s

Temperatures will be slightly warmer, heading into the upper 70s by mid-afternoon.

We’ll keep the chance for lingering showers and storms throughout most of the day. By lunchtime, we could see a couple light showers around the metro.

Showers and storms will continue into the late afternoon. Although the day does not look to be a washout, many areas could pick up on some much needed additional rain.

The new work week will start on a fairly pleasant note with temperatures starting out in the upper 60s and partly sunny skies. By 4 pm, most areas will warm into the upper 70s.

Most of the day should be fairly dry with a chance for an isolated shower or two, especially into the afternoon hours.

After the weekend, most areas will dry out considerably with just isolated showers possible during the beginning of the week.

Temperatures will once again make their way into above average territory after the weekend. By mid-week, we will warm into the upper 80s to near 90°.

Scattered showers and storms are possible on Sunday before we dry out heading into the beginning of the new work week. There is an isolated chance for a shower or two on Monday, but most of the day should be on the dry side.