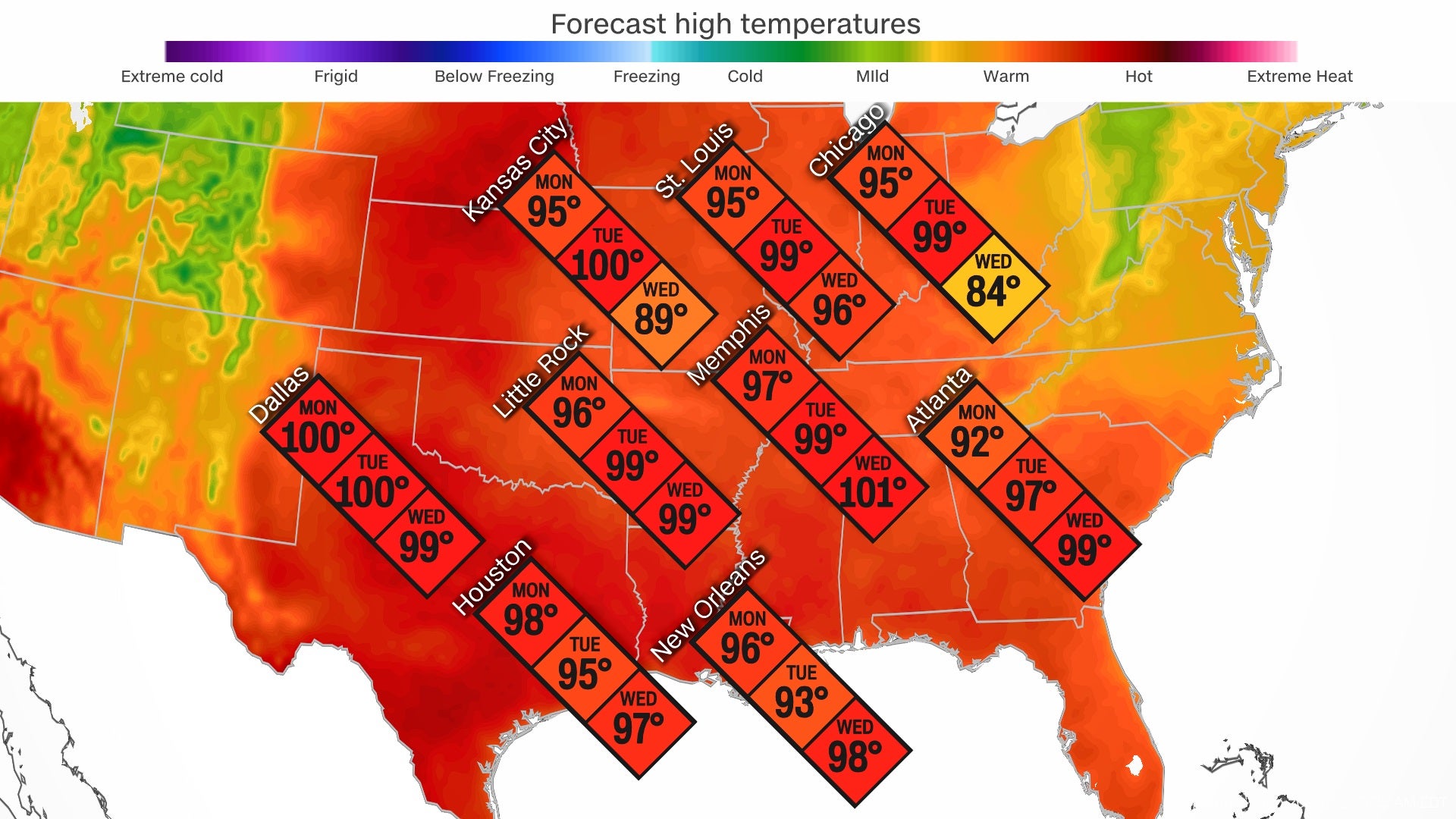 (CNN) — The persistent heat dome which imposed oppressively high temperatures on the northern Plains and Midwest over the weekend will begin to shift further eastward this week, ending a short reprieve many states in the Great Lakes and Mid-Atlantic have had in recent days.

In the coming week, about 70% of the US population will see temperatures in the 90s, and almost 20% of people in the country will experience temperatures greater than 100 degrees. Many major metro areas, including Minneapolis, Chicago, Nashville, Memphis, Dallas, New Orleans and Atlanta, may experience temps near or above 100.

More than 100 high temperature records could be broken this week, mainly across the southern and eastern regions of the U.S.

In Minnesota, where cities like St. Paul and Minneapolis are under an extreme heat warning, roads are already starting to buckle under the heat, including two in the Minneapolis area, CNN affiliate KARE reported.

The thermometer hit 101 degrees in the Twin Cities Monday afternoon, after earlier setting a daily high of 99 degrees, the National Weather Service there tweeted. The heat index was 105.

This past weekend saw several new daily record high temperatures, including in New Orleans, which clocked a high of 97 degrees, and in Mobile, Alabama, which surpassed its 1913 record of 100 degrees when it inched up to 101 degrees on Saturday.

As of early Monday morning, more than nine million people were under heat alerts across eight states in the northern and central U.S., including Minnesota, Iowa, North Dakota, South Dakota, Michigan, Wisconsin, Nebraska and Kansas.

But this number is expected to increase throughout the week as the heat continues to build across the northern Plains, Midwest and Gulf Coast on Monday, potentially bringing triple-digit temperature records as it progresses into the Southeast and Mid-Atlantic on Tuesday.

Power providers in the Southeast told CNN they are prepared for the second heat wave in a week.

“This is our ‘Super Bowl’ that we prepare all year for. We are ready to go!” Tennessee Valley Authority Spokesman Scott Fiedler said in a statement.

Entergy, which supplies power to parts of Arkansas, Louisiana, Mississippi, New Orleans, and Texas, said it is expecting to see the highest energy use by customers this week that the company has ever seen.

Many communities battling the heat may not get much relief at night, either, as 100 overnight low temp records are forecast to be broken throughout the week.

The continuing heat follows a week in which extreme weather struck millions of people across the US. In addition to the massive heat dome, historic flooding inundated Yellowstone National Park and its surrounding communities, wildfires blazed in Arizona and New Mexico, and severe storms in the upper Midwest and Ohio River Valley caused widespread power outages.

Hundreds of thousands of people, including about 180,000 in Ohio, had to endure a heat wave without electricity due to the outages.

Heat-related illness is a major concern

Though most heat-related illnesses are preventable through outreach and intervention efforts, they are still the leading cause of weather-related deaths in the United States, according to the U.S. Environmental Protection Agency.

Extremely high temperatures can lead to common heat-related conditions such as heatstroke and heat exhaustion, which occur when the body is unable to properly cool itself. It can also impose significant strain on the heart and make breathing more difficult.

Infants, children, the elderly and people with chronic illnesses or mental health problems are especially vulnerable to heat-related illnesses, though young and healthy people may be affected, too, if they are doing strenuous activity in excessive temperatures, according to the U.S. Centers for Disease Control and Prevention.

While children do not die from heat-related illnesses as much as the elderly, a study published in January found “climate shocks” like sweltering heat waves can cumulatively affect a child’s long-term health. Over time, such events may contribute to significantly higher rates of substance abuse and health problems like cancer and heart disease, researchers said.

In the 1960s, Americans saw an average of two heat waves a year, but by the 2010s, the average increased to six per year, according to the EPA. 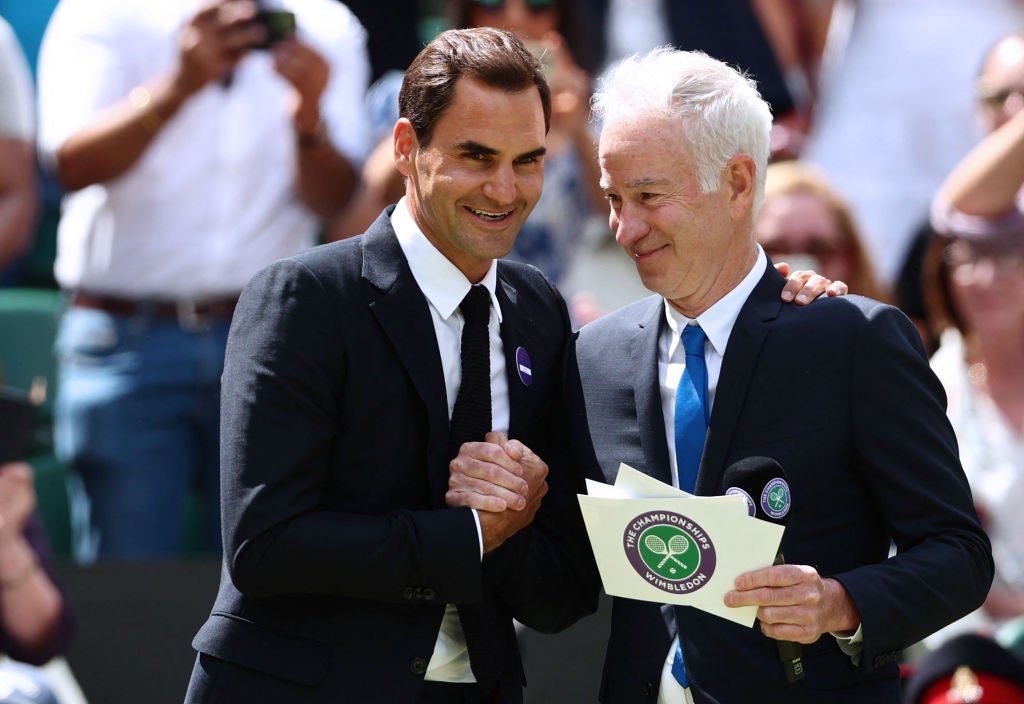