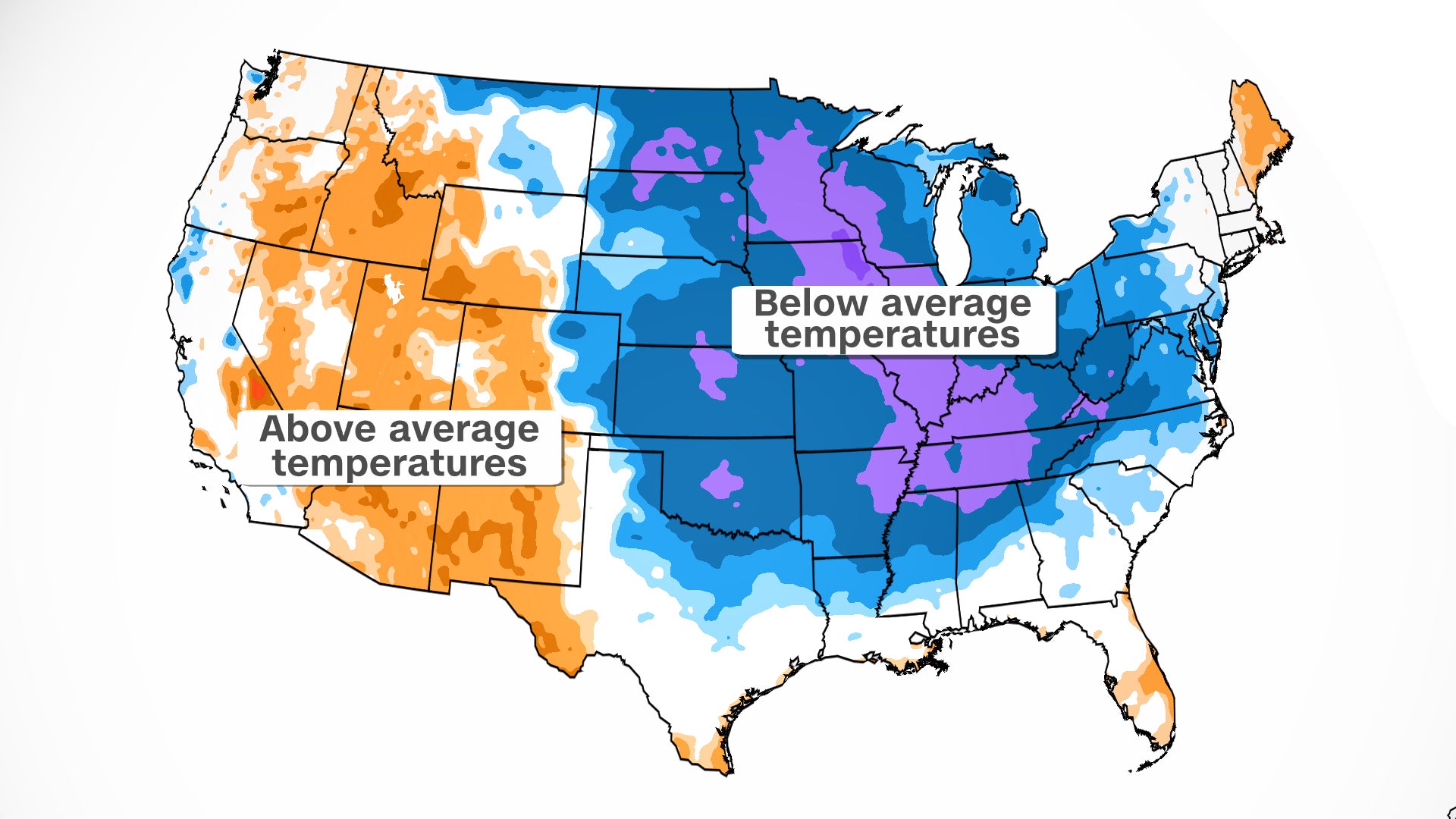 (CNN) — It feels like the aspirin just wore off from this week’s travel headaches and the last thing you’ll likely want to read about is another impactful winter storm potentially snarling transportation across the nation. Unfortunately, this is once again the reality many are facing from the Tennessee River Valley through the I-95 corridor.

The whole gamut of winter precipitation is on the table, from freezing rain to heavy snow. The storm’s forecast track could determine who will experience the worst of winter’s fury, so let’s break down the potential hazards into regions and timing.

Quick-hitting Midwest snowstorm ushers in cold air for next storm

The cold air settling in place across the central United States is actually the product of a fast-moving winter storm currently slamming parts of the Midwest with bitter wind chills and intense lake effect snow.

“As a low pressure system moves through & past the Great Lakes & another low moves offshore the Northeast, persistent cold & cyclonic flow gets the Lake Effect snow machine cranking over the next few days,” tweeted the Weather Prediction Center. “Pockets of 18-24 inches — with locally higher amounts — can be expected.”

Temperatures are taking a nosedive across the Northern Plains and many areas won’t see daytime highs rise above the single digits before the end of the week. Wind chills will range from a staggering -25° to -35° below zero for many across western Minnesota through the Dakotas tonight through Friday morning.

The coldest temperatures are expected Friday morning for the Upper Midwest and Northern Plains.

“Possibly the coldest temperatures of the season so far, with lows dropping down into the -20s for much of south-central and southeast Montana,” said the National Weather Service (NWS) in Billings, Montana.

Chicago will stay in the teens and single digits for Thursday and Friday, then quickly warm back up above freezing by Saturday afternoon.

This cold air is sets the stage for our potential snowstorm from the South across the eastern seaboard.

Freezing rain and snow potential across the South

By Thursday evening, this freezing Arctic airmass will slip far enough South to release a swath of two to five inches of snow across central Tennessee to eastern Kentucky.

This storm hasn’t even formed yet but the groundwork is being laid for more travel nightmares and it’s already concerning meteorologists in the southern states.

“Right now the forecast is for snow but the concern for our southern counties is if warm air comes in aloft and turns some of this to ice,” Scott Unger, meteorologist at the NWS in Nashville, told CNN.

Most of the precipitation will likely be snow for places from Nashville to the central Appalachians.

However, southern Tennessee, northern Alabama and Mississippi may experience glazing of up to 1/4 an inch of ice beginning Thursday morning. Hazardous travel conditions will persist into the evening hours as temperatures will have been below freezing for several hours and may lead to precipitation freezing on contact with bridges and roadways.

Winter storm watches are being considered by the NWS for the DC metro region as yet another winter storm comes into focus.

Snowfall totals will be limited across the mid-Atlantic due to the storm’s fast-moving nature. But this is still unwelcome news following the nightmare that unfolded on I-95 after traffic was halted for 24 hours because of Monday’s snowstorm.

As the details become clearer, the likelihood of up to six inches of snowfall increases from the higher elevations of West Virginia to Virginia, where watches have already been issued by the NWS. Slightly lower snowfall totals can be expected as you near the Delmarva Peninsula, but this will need to be monitored for changes.

“The snow will start Thursday evening and we may see a slick evening commute,” Charleston West Virginia NWS Meteorologist Megan Kiebler told CNN. “By Friday morning, the bulk of the snow will have fallen and the slick spots will be more apparent.”

Snow will be heaviest Thursday evening into early Friday morning from the Potomac Highlands, central Shenandoah Valley, and across the Blue Ridge Mountains. Snow will move into the DC metro region overnight and will create a messy Friday morning commute with a forecast of two to five inches expected.

Although this winter storm may be less impactful for the portions of I-95 paralyzed by Monday’s snowstorm, drivers will need to be aware of changing road conditions with the upcoming storm and plan accordingly.

As Friday progresses, this storm is expected to have more impacts on the Northeast than the storm earlier this week.

As the low pressure exits the east coast Friday morning, just how close it snugs the coastline as it travels Northeast will determine where the most snow falls. The latest weather models suggest the heaviest snow could impact the busy I-95 corridor between Boston and New York City.

Initial forecasts call for a narrow band of snow between two to five inches.

If this scenario materializes as expected, Friday could be a difficult travel day for drivers and also airlines still struggling to manage the current Covid impacts and staffing shortages.

As the system quickly pulls away from the Northeast by Friday evening, clearing skies and a cold northwest wind will keep a significant chill to the air. Roads will remain icy and snow-covered as temperatures stay below freezing through the early weekend.