A close encounter is making Mars bright in October sky 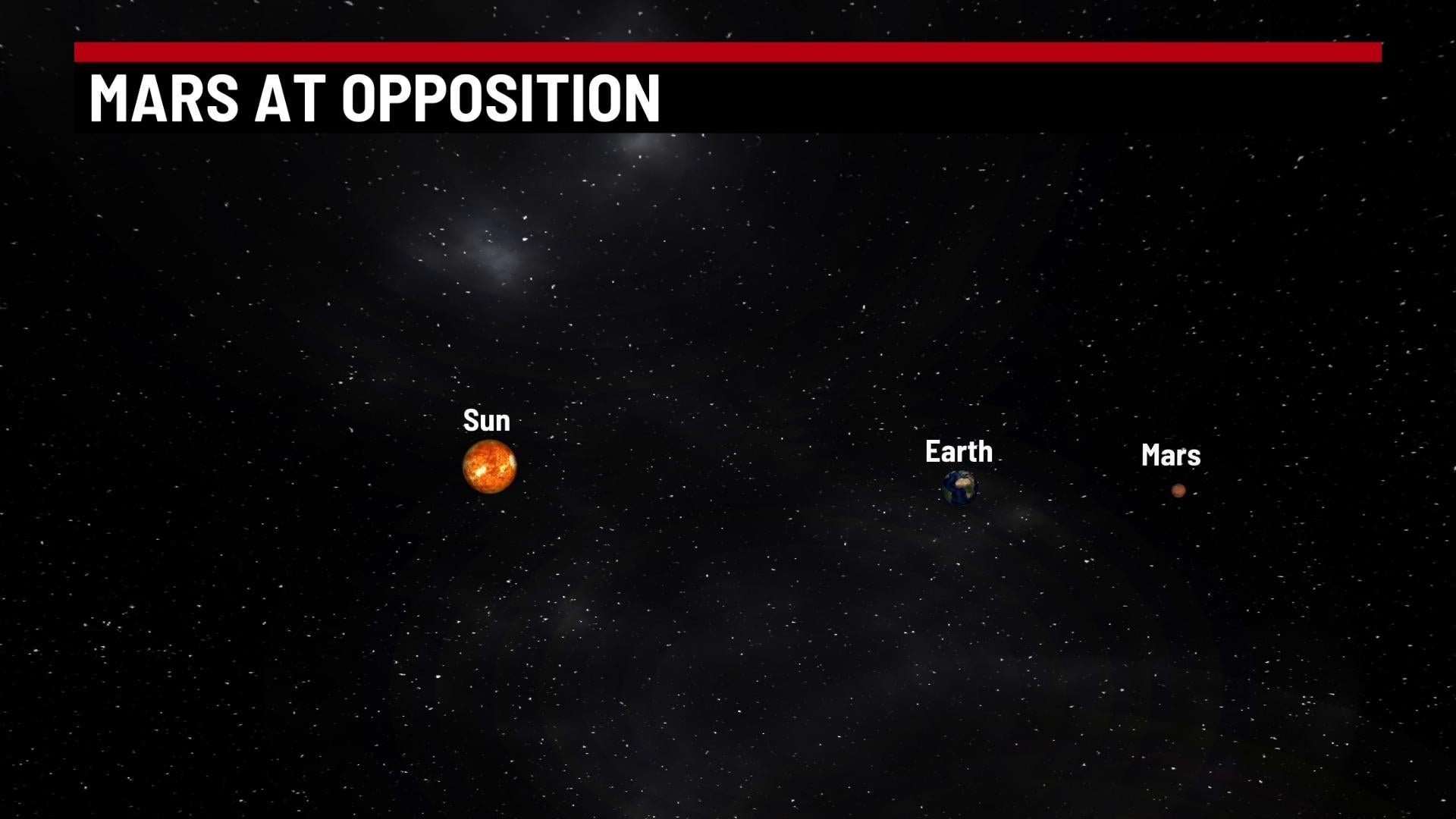 INDIANAPOLIS (WISH)–The red planet is making a close encounter during October and this lineup won’t happen again for another 15 years.

You may have noticed a bright red dot in the night sky this week. Mars was at its closest to Earth (38.6 million miles) officially on Oct. 6. However, it will be at opposition on Oct. 13. This is when Mars is on the opposite side of the earth and sun. This line up happens about every 2 years.

During this year’s opposition, Mars and Earth are closer, which means Mars will appear very bright in the night sky. In order to see Mars in October, all you have to do is look in the southern sky, and look up.

The orbit of Mars is elliptical which means there are points in its travels around the sun that it’s closer to Earth and farther away. Even Jupiter’s gravitation has an impact on the orbit of Mars. Mars orbit is not only tilted and elliptical, it’s also long. It takes about 687 days for Mars to orbit the sun.

The kind of line up we’re seeing this October won’t occur again for another 15 years in Sept. 2035.