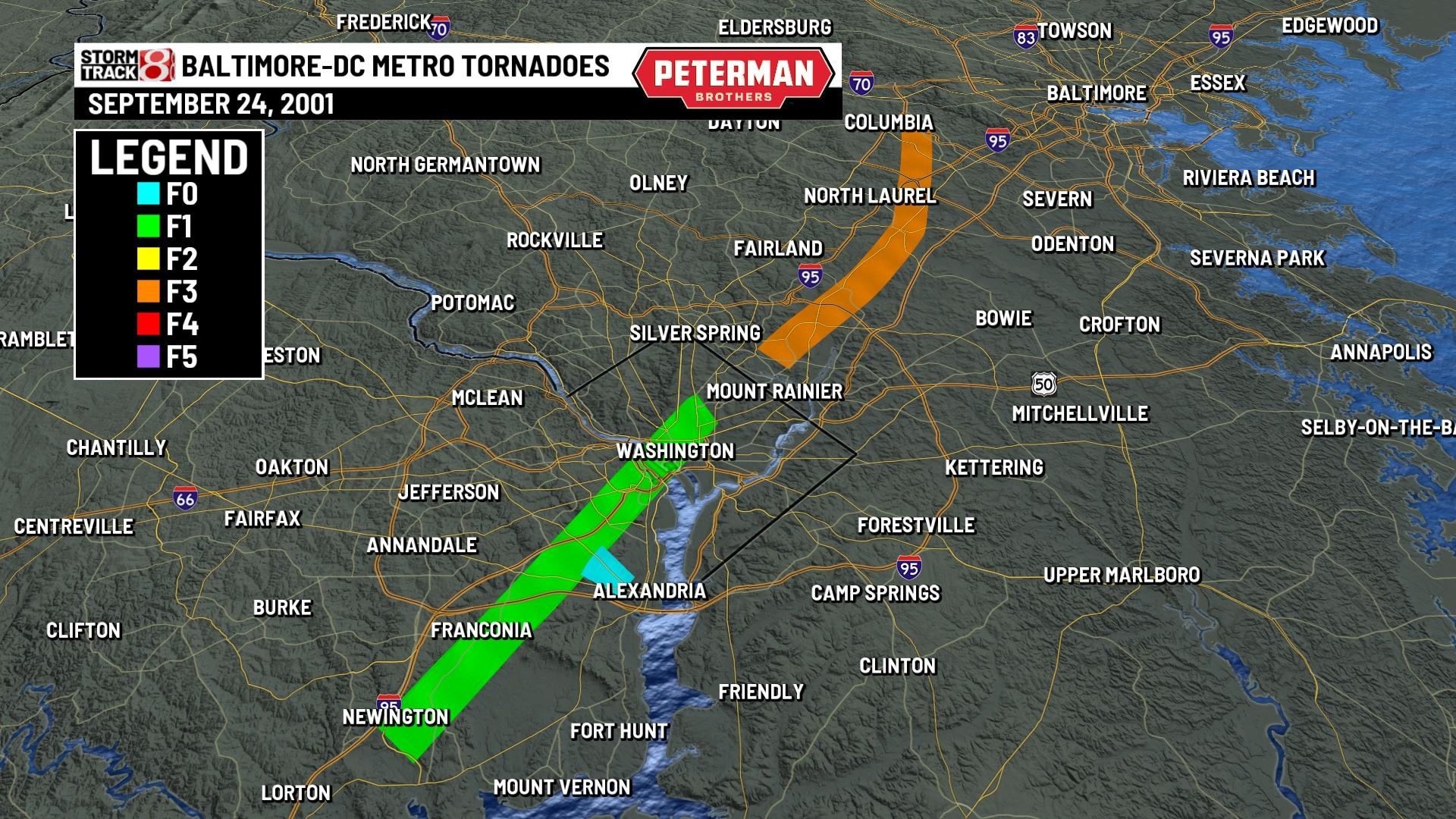 INDIANAPOLIS (WISH) — The northeastern United States does not often find itself dealing with major tornadic activity. However, September 24, 2001 was one of those rare days that brought a significant tornado outbreak to this area.

Leading into Monday, Sept. 24, things were still slow to get back to normal after the devastating 9/11 terrorist attacks. The last thing anyone in the northeastern United States region specifically needed was to deal with rough weather.

A disturbance in association with a cold front was moving into the mid-Atlantic region. The Storm Prediction Center (SPC) noted that there would be enough unstable air and a decent amount of wind shear to support the potential for supercells. The final ingredient to mention was abundant moisture that streamlined as far north as Maryland with dew points exceeding 70 degrees. By 3 PM EDT, a supercell formed near Charlottesville and Fredericksburg, VA. These two cells would end up causing the most trouble.

The Charlottesville cell produced a brief F0 at Lake Pelham in Culpeper, VA. However, it did not take long for the cell to spin up what became the strongest tornado of the day. This F4 tornado started in Rixleyville and would flatten a three story brick house before moving into Jeffersonton. It would soon dissipate near Warrenton.

Meanwhile, the Fredericksburg cell would produce an F0 near Dale City, VA before moving into the Washington D.C. metro area. This storm then produced an F1 that began near Springfield, VA before moving into D.C. This tornado passed the Jefferson Memorial and went just south of the Washington monument. Then, the only killer tornado of this outbreak would form as the storm immediately exited the District of Columbia.

College Park, MD would be the hardest hit by this F3 tornado as the University of Maryland was also affected in the town. The Maryland Fire and Rescue Institute was completely destroyed, but everyone inside the building who south shelter survived. The USDA Beltsville Agricultural Research Center also took extensive damage with greenhouses hit and other facilities. This tornado would end up dissipating close to Columbia, MD after being on the ground for 17.5 miles.

There were 11 tornadoes that took place in this outbreak. Additional tornadoes such as the following not shown in the previous images were:

There were unfortunately two fatalities from the College Park tornado, and those two people were students who went to the University of Maryland. To this date, this still stands as one of the worst tornado outbreaks to directly affect the Baltimore-D.C. metropolitan area.

All Indiana Bets / 43 mins ago 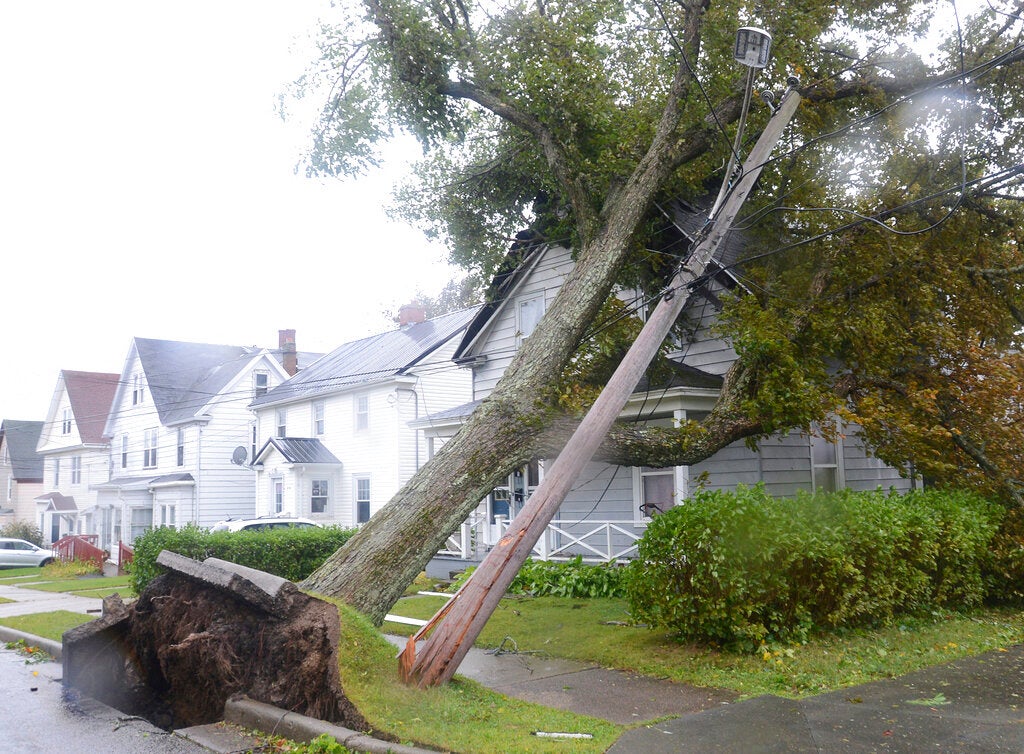