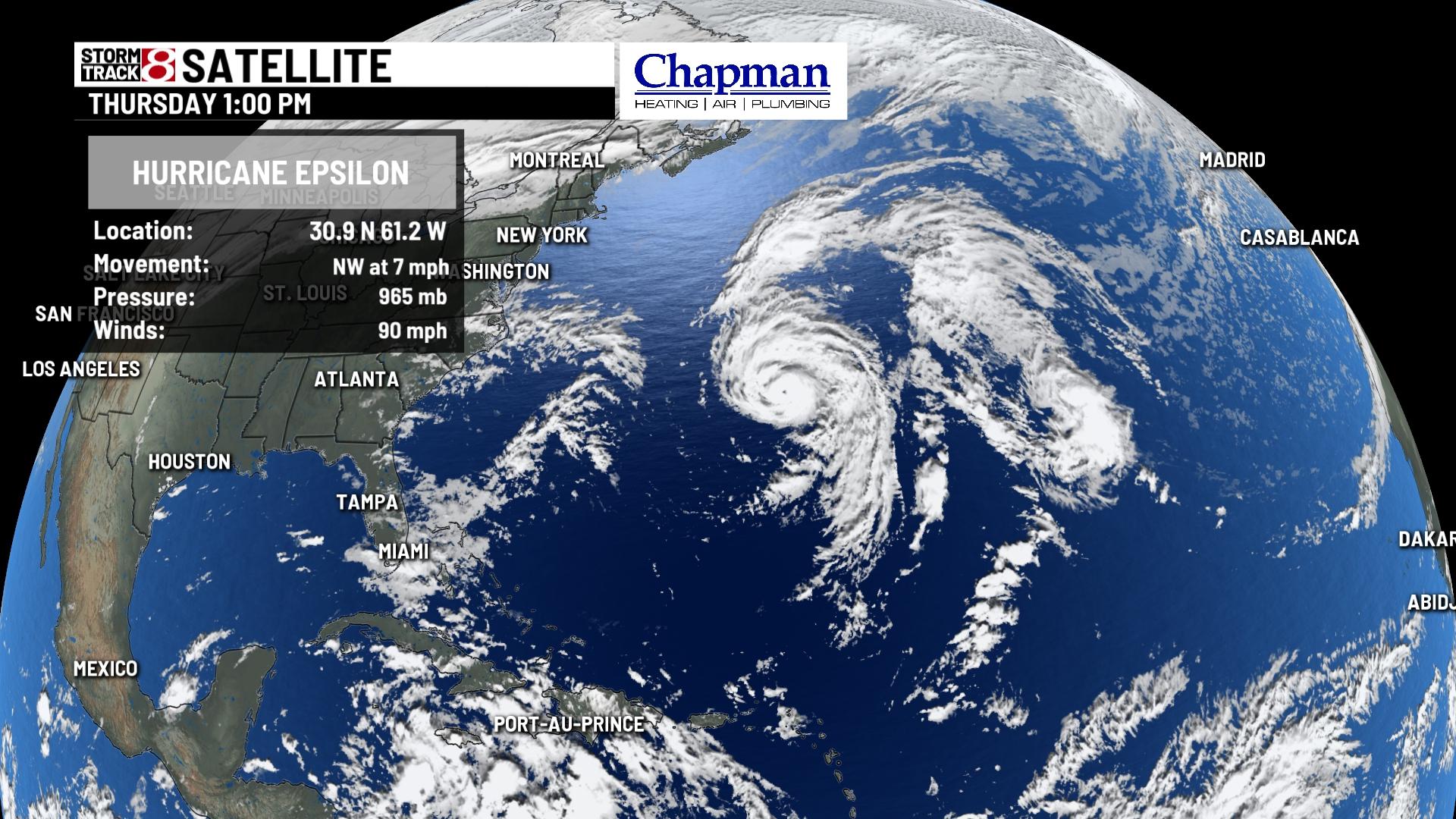 INDIANAPOLIS (WISH) — Hurricane Epsilon became the fourth major hurricane of the 2020 Atlantic Hurricane Season but has now weakened to a category 1 storm.

Epsilon is in the middle of the Atlantic and isn’t expected to make landfall but will produce high surf and tropical storm conditions for the island of Bermuda. The storm is expected to stay a category 1 storm and continue to move north and east away from the U.S.

The 2020 Atlantic Hurricane season has been so active the National Hurricane Center ran out of names and had to start using the Greek Alphabet. The only other time this has been done was in 2005.

So far this season we’ve seen 26 named storms, 10 hurricanes, four of which are considered major – category 3 or higher. This season is well above average and has also broken numerous records for the earliest amount of named storms.

Here’s a closer look at the only other time we’ve had to use the Greek Alphabet. In 2005 there were 27 named storms. 15 hurricanes formed and 7 of them were considered major, a category 3 or higher. Three of the hurricanes were labeled as a category 5, Katrina, Rita and Wilma.

While we’ve seen above average hurricanes this year we’ve seen 5 less form than in 2005.

In 2005 it’s interesting to note that Hurricane Epsilon formed in December. The last storm we saw in 2005 was Tropical Storm Zeta. This storm formed on December 30 and lasted until January 6, 2006.