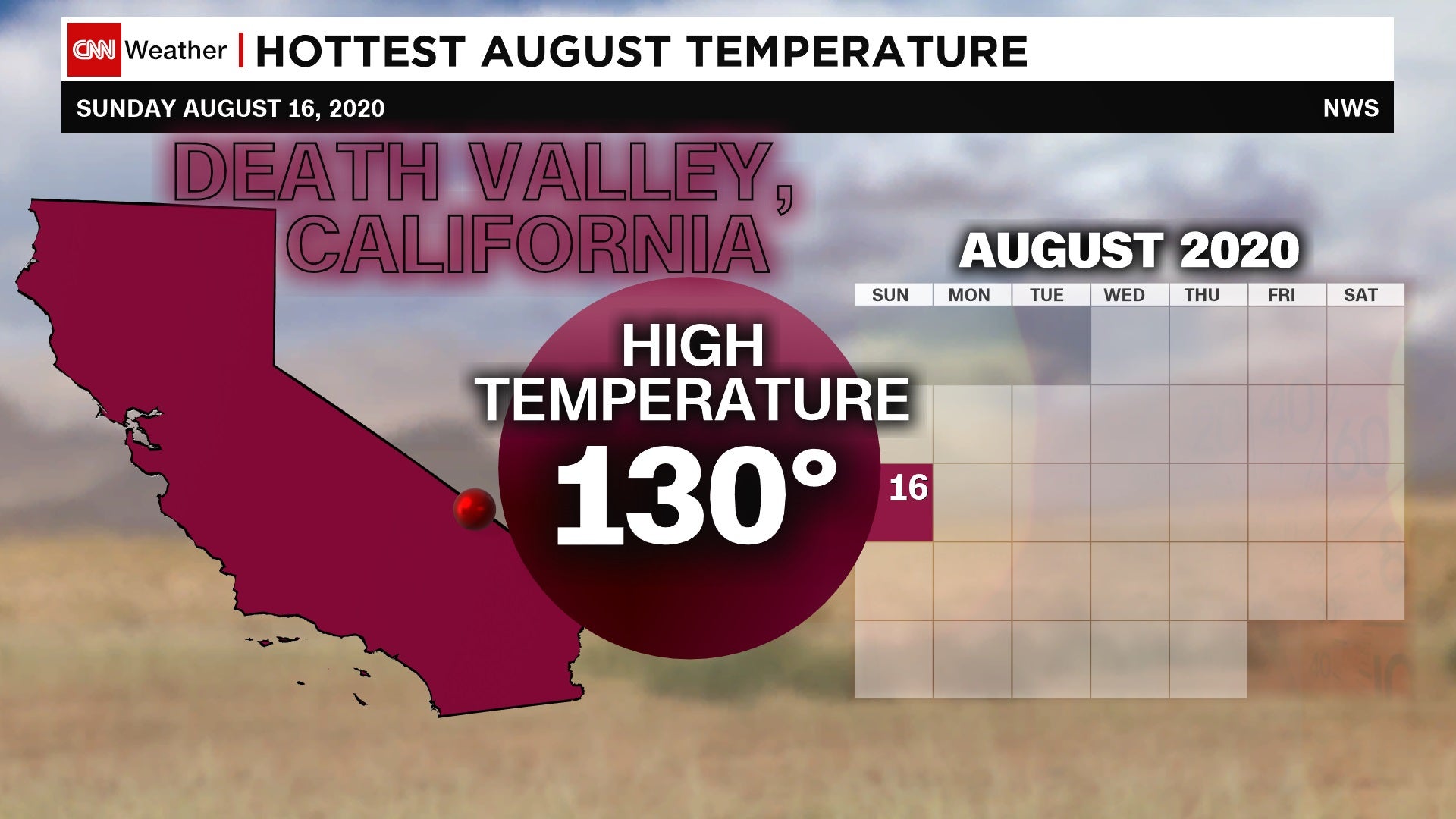 (CNN) — Death Valley was the hottest place on Earth on Sunday.

If verified, it could be the hottest temperature recorded in the world since 1913.

The hottest, driest and lowest national park in California and Nevada recorded a preliminary high temperature of 130 degrees Fahrenheit on Sunday, according to the National Weather Service (NWS). The all-time high of 134 degrees, reported over 100 years ago, was also recorded in Death Valley.

It’ll be just as hot on Monday in Death Valley with a predicted high of 129 degrees, per the NWS. The agency is warning people who live in eastern California, Nevada, Arizona and Utah to limit their time outside to between 5 a.m. and 8 a.m.

Nearly 60 million people in the US, from Arizona up to the US-Canada border, are under a heat advisory, watch or warning this week, CNN meteorologist Tyler Mauldin said. The heat is the result of high pressure that’s settled over much of the West Coast.

Usually, the West and southwestern US experience the North American monsoon during this time of year, said Daniel Berc, warning coordination meteorologist for the National Weather Service in Las Vegas.

But the monsoon hasn’t developed as it typically does so instead of heavy rainfall Death Valley is getting hotter under high pressure, Berc told CNN.

It’s been a sweltering summer for much of the US — last month was the hottest July on record for seven states along the East Coast, according to the National Oceanic and Atmospheric Administration (NOAA).

Not to be outdone, Death Valley reported a high of 128 degrees last month, too — its hottest temperature (until this month) since 2013, NOAA reported.