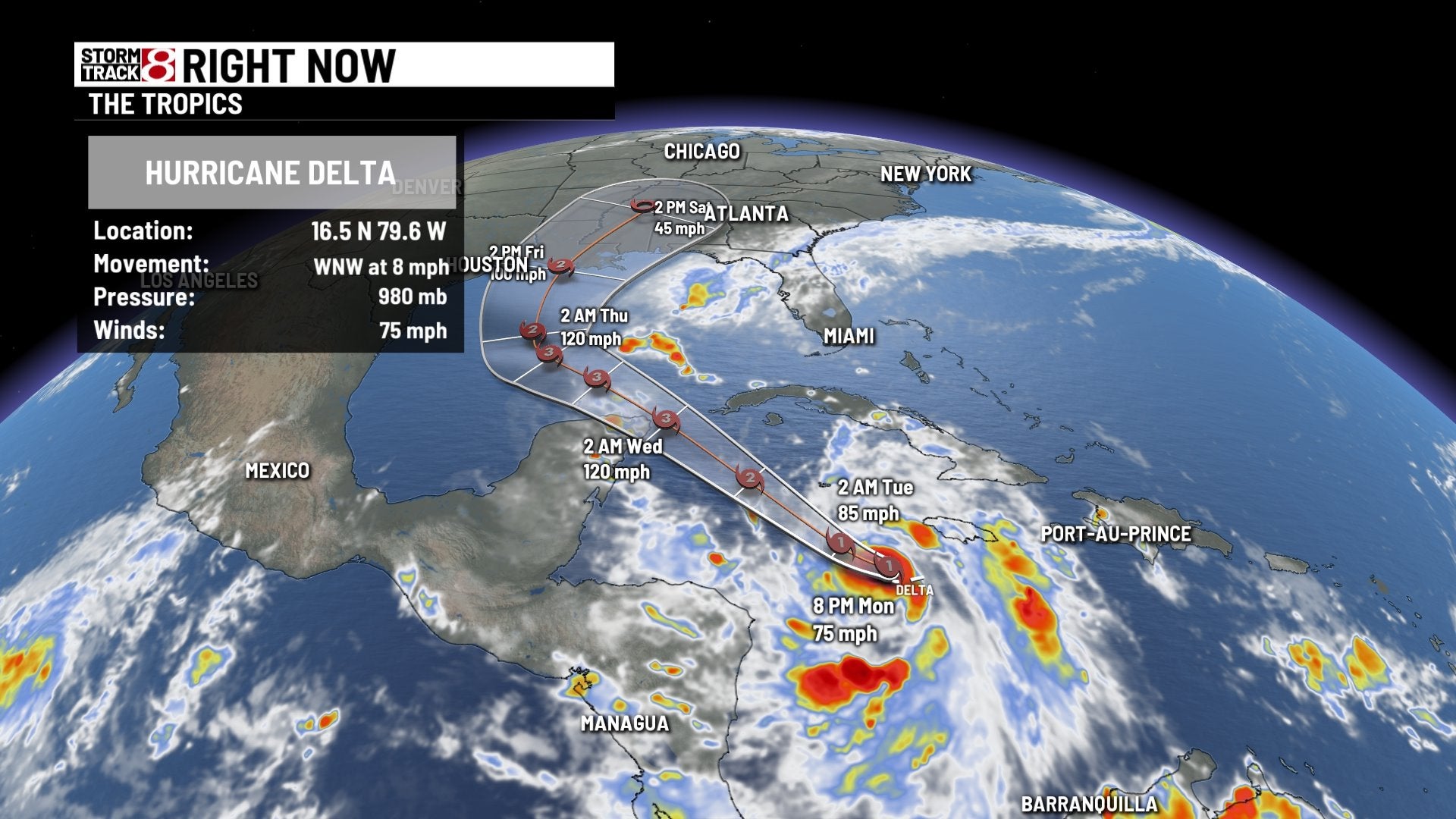 (CNN) — Tropical Storm Delta formed in the Caribbean early Monday and rapidly strengthened to a Category 1 hurricane, with winds of 75 mph. Delta is on track to impact the central Gulf Coast late this week.

This is only the second time Greek letter Delta has been used for any named storm and it is the earliest-ever 25th Atlantic storm. The previous was Delta on Nov. 15, 2005.

By evening, Delta had strengthened by 40 mph since early in the day. Rapid intensification in tropical systems is defined as 35+ mph of strengthening in 24 hours.

Additional rapid intensification could bring the storm to major (category 3+) hurricane status by the time it nears the Yucatan Peninsula on Tuesday night.

A westward shift in the short-term forecast means that the storm is now more likely to hit the northern tip of the Yucatan Peninsula than western Cuba. Still, both will be impacted by heavy rain, strong winds and storm surge Tuesday night and early Wednesday.

This westward shift led the government of Mexico to issue a hurricane warning for the coast of the Yucatan peninsula from Tulum northward and westward to Rio Lagartos, including Cozumel.

A hurricane watch remains in place for western Cuba, while a tropical storm warning is in effect for the Cayman Islands.

Further strengthening is expected in the next several days and Delta is expected to be a major hurricane when it enters the southern Gulf of Mexico.

“Some robust intensification” could occur, says the National Hurricane Center.

“Although the air has been cooler and drier over the Gulf of Mexico lately, the water is still very warm and with explosive growth potential for Delta,” said CNN meteorologist Chad Myers.

But less favorable environmental conditions could keep Delta from being a major hurricane — category 3 or higher — when it hits the US.

Wind shear — the changing of wind speed and direction with height — and slightly cooler water over the northern Gulf of Mexico could limit Delta’s strength by late this week.

“Most models do lower the intensity of Delta as is approaches the Gulf Coast, but if Delta grows into a major hurricane for a time, the storm surge will still be a huge threat even if wind speeds go down,” Myers says.

“Although there is still significant uncertainty regarding Delta’s intensity when it nears the northern Gulf coast, it is becoming increasing likely that the system will pose a significant wind and storm surge threat to a portion of that area,” according to the National Hurricane Center.

But there is another variable meteorologists are monitoring; Delta’s interaction with Gamma, which is still drifting north of the Yucatan Peninsula.

“Interaction with Tropical Storm Gamma or its remnants, which could result in a sharp westward jog, after which a sharp turn back toward the northwest could occur,” the National Hurricane said.

The National Hurricane Center forecast cone stretches from the Texas/Louisiana border to the Florida Panhandle, centered on eastern Louisiana. If Delta makes landfall in the US, it will be the first time a storm with a Greek letter does so in the US. 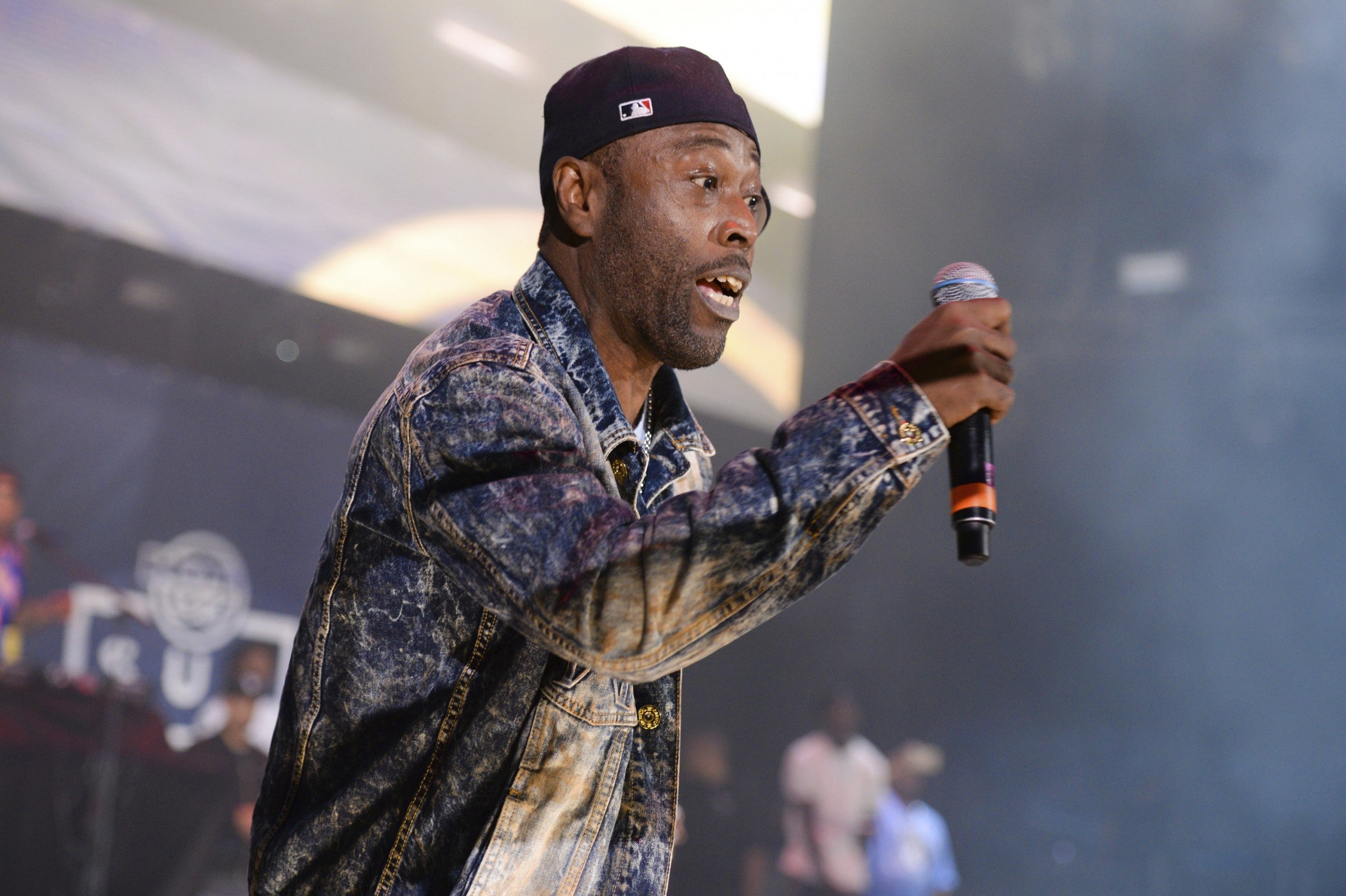