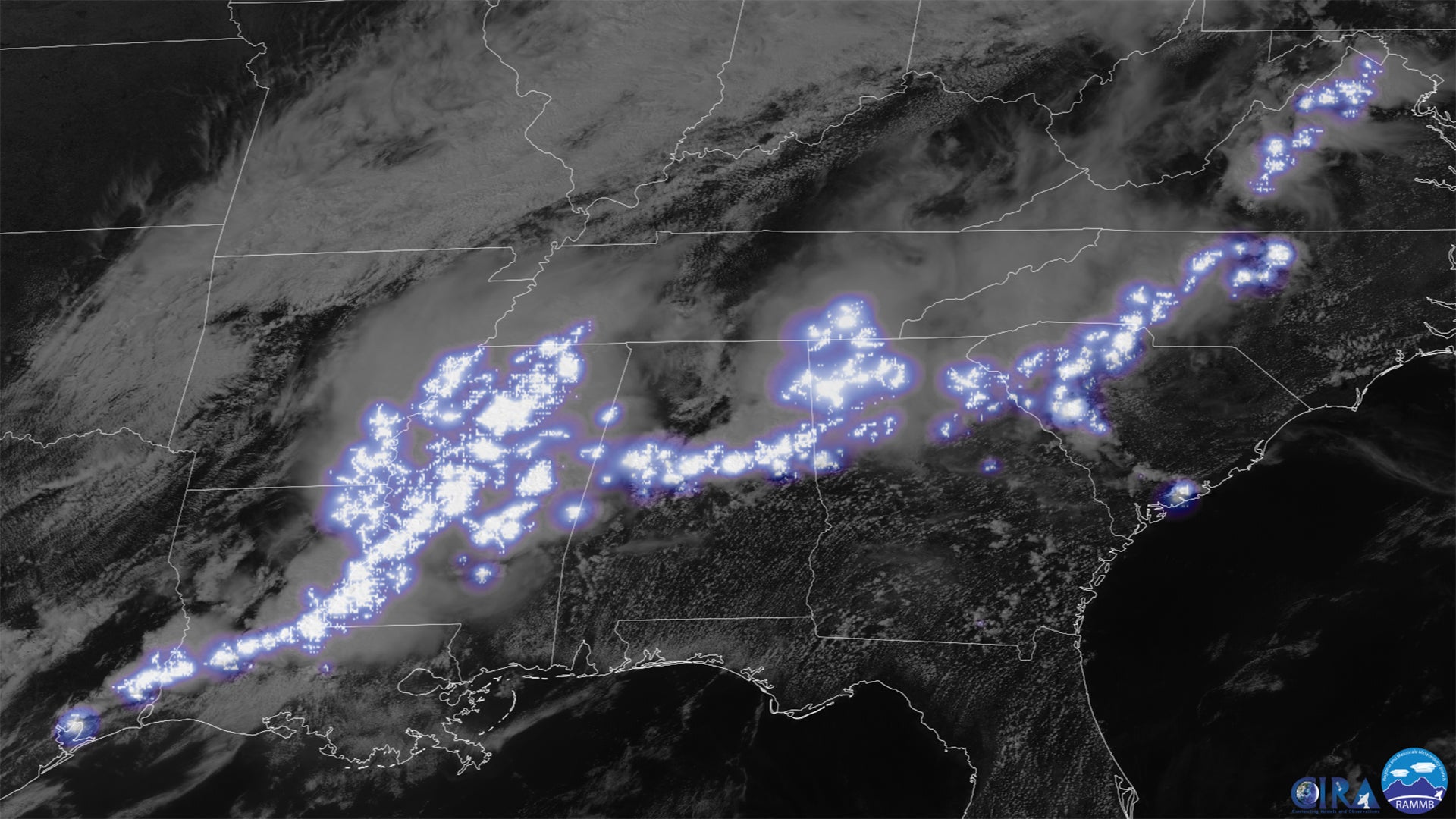 (CNN) — It’s not just you — Tuesday’s storms were absolutely electric. Nearly 4.5 million lightning events were detected, which is the busiest the skies have been since May 20, 2017, according to experts who follow the charge.

“Based on research that I’ve done looking at lightning counts across the United States, the top 1% of lightning days produce about 3.1 million lightning events, so this was truly a high-end day,” Chris Vagasky, lightning applications manager at Vaisala, told CNN. The last time the skies were this electrified was nearly four years ago, when more than 4.5 million lightning events were detected.

Satellites capture imagery of the busiest lightning day in years

Vaisala owns and operates the National Lightning Detection Network across the continental United States. Their systems, in collaboration with the Canadian Lightning Detection Network, detect and locate both in-cloud and cloud-to-ground lightning across North America. Their numbers are real-time and they review them every day, providing important weather forecasting tools as well as public safety information.

The NOAA GOES-16 satellite animation shows the extent of the lightning that struck the Southern United States on Tuesday, roughly between 8 a.m. and 5 p.m. ET. Numerous large thunderstorm complexes developed across the southern Plains and moved east through the Mississippi and Ohio River Valleys as well as much of the Southeastern United States.

“These well organized storm systems were in a highly unstable environment that helped them last for hours, producing both severe weather and significant amounts of lightning,” explained Vagasky.

The National Weather Service advises that if a thunderstorm approaches your area and you are outside, it’s safest to go inside a building for protection and stay indoors for at least 30 minutes after the last rumble of thunder occurs. If you can’t get inside quickly enough, avoid protection from tall trees and do not be in or near bodies of water.

Meteorologists use real-time lightning information to understand the structure and intensity of thunderstorms. The valuable information can be distributed among local weather broadcasters to warn people of electrified storms approaching their area.

According to weather-related fatality and injury statistics from the NWS, there were 20 deaths directly associated with lightning in 2019, well below the 30-year average across the United States.

All Indiana Politics / 45 mins ago