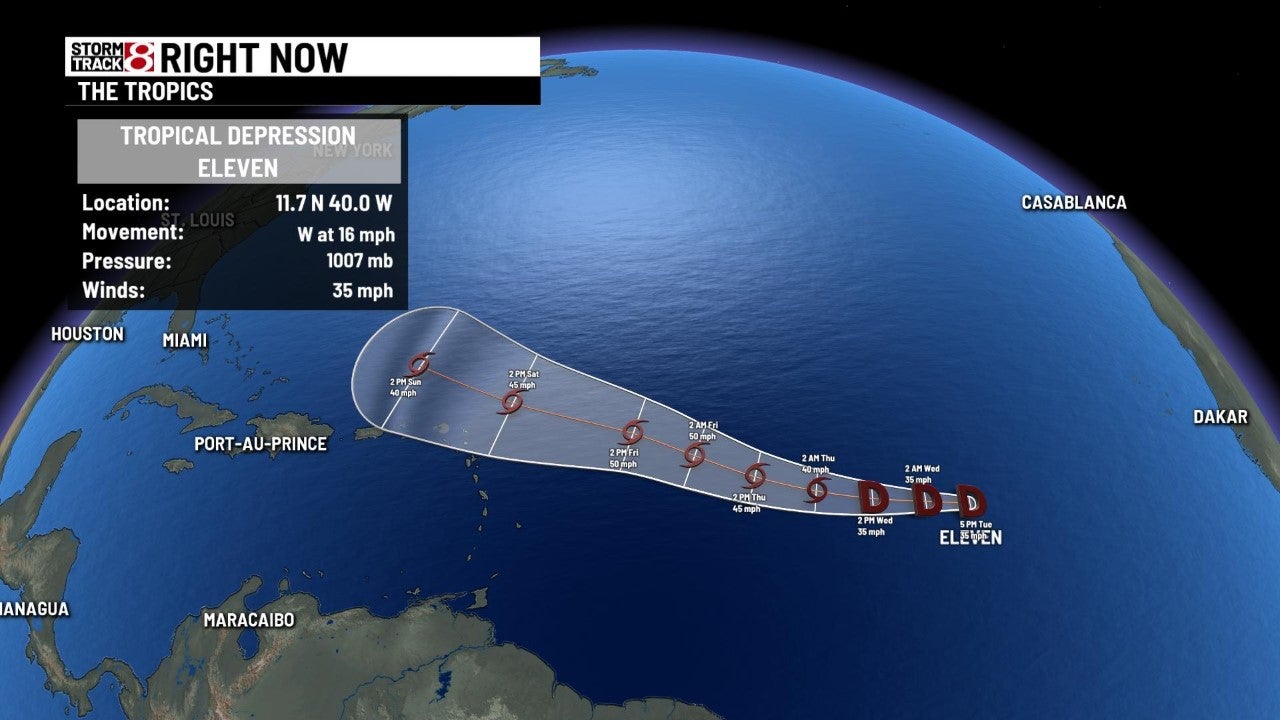 (CNN) — Tropical Depression 11 formed in the Atlantic on Tuesday afternoon and is expected to develop into Tropical Storm Josephine over the next couple of days.

The system is expected to strengthen slightly and become Tropical Storm Josephine by Wednesday or Thursday. If it does become a tropical storm, it would be the earliest storm to on record to begin with a “J.” The previous record was Aug. 22, 2005.

This would continue the record-setting pace of this hurricane season, which has smashed previous records set during the infamous 2005 season. That season saw 28 named storms, 15 of which were hurricanes.

Tropical Depression 11 on Tuesday was about 1,450 miles east of the Lesser Antilles and is moving west at 16 mph. Computer models are suggesting it will move to the north of the Leeward Islands and Puerto Rico this weekend, as a tropical storm.

Whether it will affect the mainland United States remains uncertain, but the system is expected to encounter less favorable conditions as it moves near or north of the Leeward Islands. This should keep the storm weak and could even cause it to dissipate over the weekend.

The 2020 Atlantic hurricane season runs from June 1 to Nov. 30. The areas covered include the Atlantic Ocean, Gulf of Mexico and the Caribbean Sea.