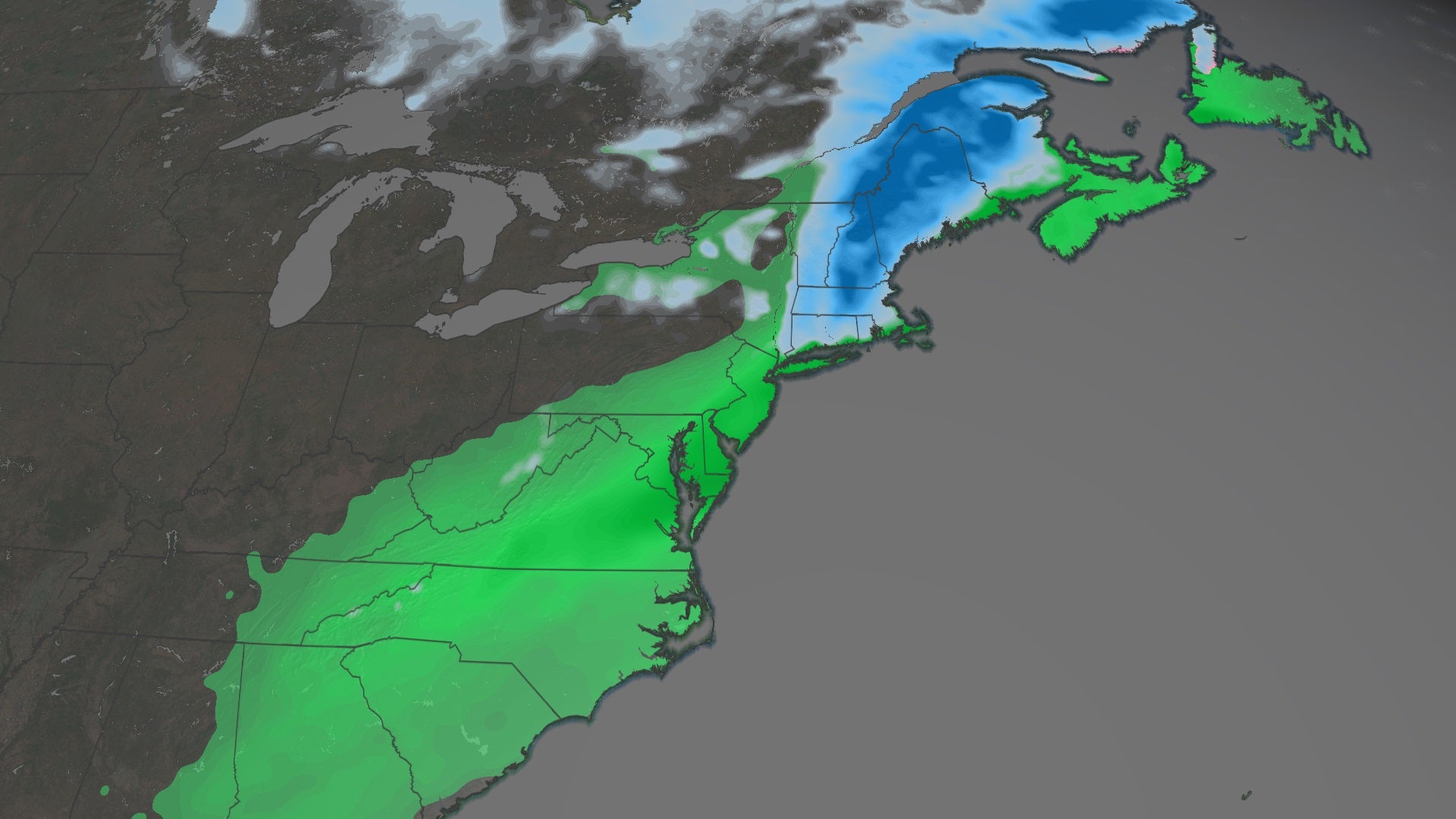 There are also high wind warnings for coastal regions of Massachusetts, where wind gusts could reach 50 mph.

“As the system rapidly intensifies, it will also bring windy conditions, especially along the coast from the mid-Atlantic through Maine,” said CNN meteorologist Taylor Ward. “Expect winds to gust 30 to 40 mph Saturday, with some gusts perhaps even topping 50 mph in areas like Cape Cod.”

Those strong winds will also wreak havoc at sea.

Gale warnings are in effect along the coast from the Carolinas to Maine. A reduction in visibility, along with strong winds, are expected to cause hazardous seas, which could capsize or damage vessels.

This storm could intensify fast enough to become a “bomb cyclone,” a phenomenon characterized by a pressure drop of at least 24 millibars within 24 hours and increased precipitation and winds.

The heaviest rain will fall along the Eastern Seaboard, particularly from Richmond, Virginia, to Boston, where rainfall totals of 2 to 4 inches are expected.

The heaviest snow will likely fall between Worcester, Massachusetts and Caribou, Maine, where 8 to 12 inches is forecast. Over one foot of snow is possible for isolated locations, especially in Maine.

Travel is not advised

There is an increasing likelihood of heavy, wet snow for the region beginning Saturday and continuing through early Sunday morning.

“Travel is not advised by late afternoon (Saturday) as the potential exists for heavy snowfall rates leading to dangerous conditions,” said the National Weather Service office in Portland, Maine.

Blowing snow could be an issue too, thanks to the gusty winds, which will reduce visibility to very low levels.

While most of this snow will be spread out over a 24-hour period, some heavy snow bands will produce several inches in just a few hours.

The type of snow that falls matters, too.

“Heavy, wet snow may lead to power outages from downed trees/wires,” said the office of the Boston National Weather Service.

The greatest risk for power outages likely exists for central Massachusetts, southern New Hampshire, and Maine, where the snow will be heaviest and coming down at the highest rates.

It’s important to note that even if snow is not forecast for certain areas, residents should keep an eye on Saturday overnight temperatures. New York, New Jersey, Pennsylvania and Connecticut are all expecting temperatures below freezing Saturday overnight and Sunday morning, meaning that the rain left on the roadways will likely freeze, making driving conditions very dangerous.