Florida cities mop up after deluge from Tropical Storm Eta 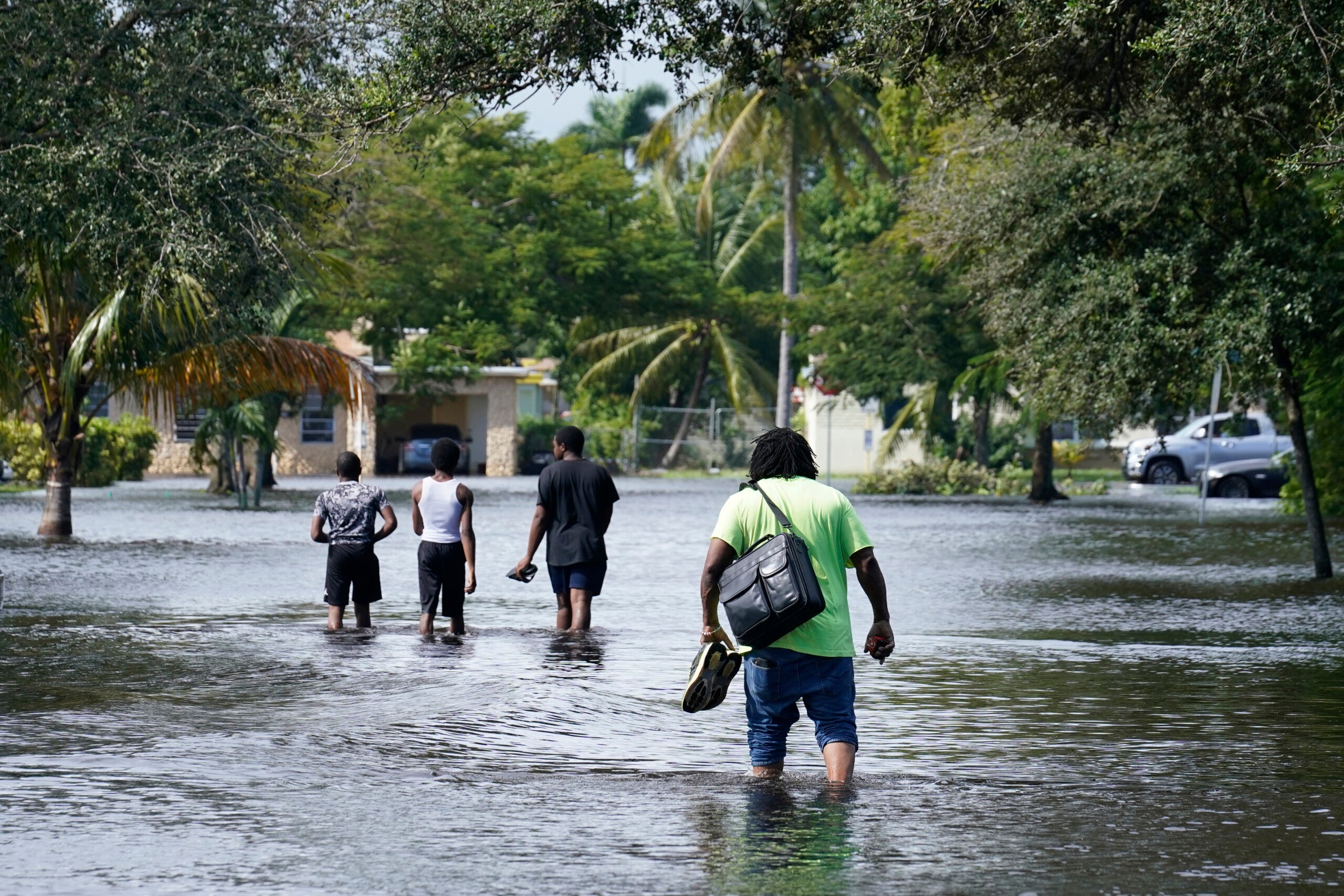 FORT LAUDERDALE, Fla. (AP) — Tropical Storm Eta was squatting off western Cuba on Tuesday after drifting away from South Florida, where it unleashed a deluge that flooded entire neighborhoods and filled some homes with rising water.

The 28th named storm of a record hurricane season was the first this year to make landfall in Florida. And now a 29th named storm has formed over the northern Atlantic: Theta took shape Monday night, eclipsing the record set in 2005, when Hurricanes Katrina, Rita and Wilma struck the Gulf Coast.

After striking Nicaragua as a Category 4 hurricane and killing more than 100 people from Mexico to Panama, Eta delivered torrential rains to Cuba and South Florida before moving into the Gulf of Mexico. With no powerful steering winds to guide its way, the storm drifted west again in an unusual reverse S-curve pattern.

By Tuesday morning, it was lingering just north of the Yucatan Channel between Cuba and Mexico, with top winds of 50 mph (85 kmh). Forecasters said it would remain nearly stationary through the day before moving north later in the week, but they had little confidence on where it might land again.

Eta continued to swell rivers and flood coastal zones in Cuba. Some 25,000 people were evacuated with no reports of deaths, but rainfall continued, with total accumulations of up to 25 inches (63 centimeters) predicted.

The rain also kept falling Tuesday in South Florida, where as much as 23 inches were expected to accumulate. Eta barely hit land late Sunday as it blew over Lower Matecumbe Key on its way into the Gulf of Mexico, but dumped water over densely populated neighborhoods from Monroe to Palm Beach counties.

People in Florida are very familiar with the heavy tropical rain that falls like clockwork on summer afternoons. This was something else — a 100-year rain event, Fort Lauderdale Mayor Dean Trantalis called it. “Once the ground becomes saturated, there’s really no place for the water to go,” Trantalis said.

“Now I have fish in my yard and everything, it’s rough,” Davie resident Troy Rodriguez said, with some irony.

There were no reported deaths in Florida, unlike in Central America and Mexico, where the toll was rising.

Nearly a week after Eta crashed ashore in Nicaragua, authorities from Panama to Guatemala have reported more than 100 dead and an even higher number of missing. Extensive flooding and landslides have affected hundreds of thousands of people in countries already struggling with the economic fallout of the pandemic.

In Florida, the rain damaged one of the state’s largest COVID-19 testing sites, at Miami-Dade County’s Hard Rock Stadium, officials said. Throughout the pandemic, it has been one of the busiest places for people to get a coronavirus diagnosis. The site was expected to be closed until Wednesday or Thursday. At least seven other state testing sites were to remain closed on Tuesday.

“It’s very bad. In the last 20 years, I’ve never seen anything like that,” said Tito Carvalho, who owns a car stereo business in Fort Lauderdale and estimated the water was 3 feet (about a meter) deep in some places. Some items in his business were damaged from the flooding, he added.

Firefighters pulled a person from a car that had driven into a canal Sunday night in Lauderhill, north of Miami. The patient was hospitalized in critical condition, authorities said. And a tractor-trailer was left dangling off the elevated Palmetto Expressway in Miami, the Florida Highway Patrol said, after the driver lost control.

Florida Gov. Ron DeSantis said on Twitter that Floridians should monitor the storm over the coming days. While this storm has moved offshore, it could still bring dangerous conditions to the Gulf Coast at the end of this week,” he tweeted.