Hot temperatures expected for second half of August 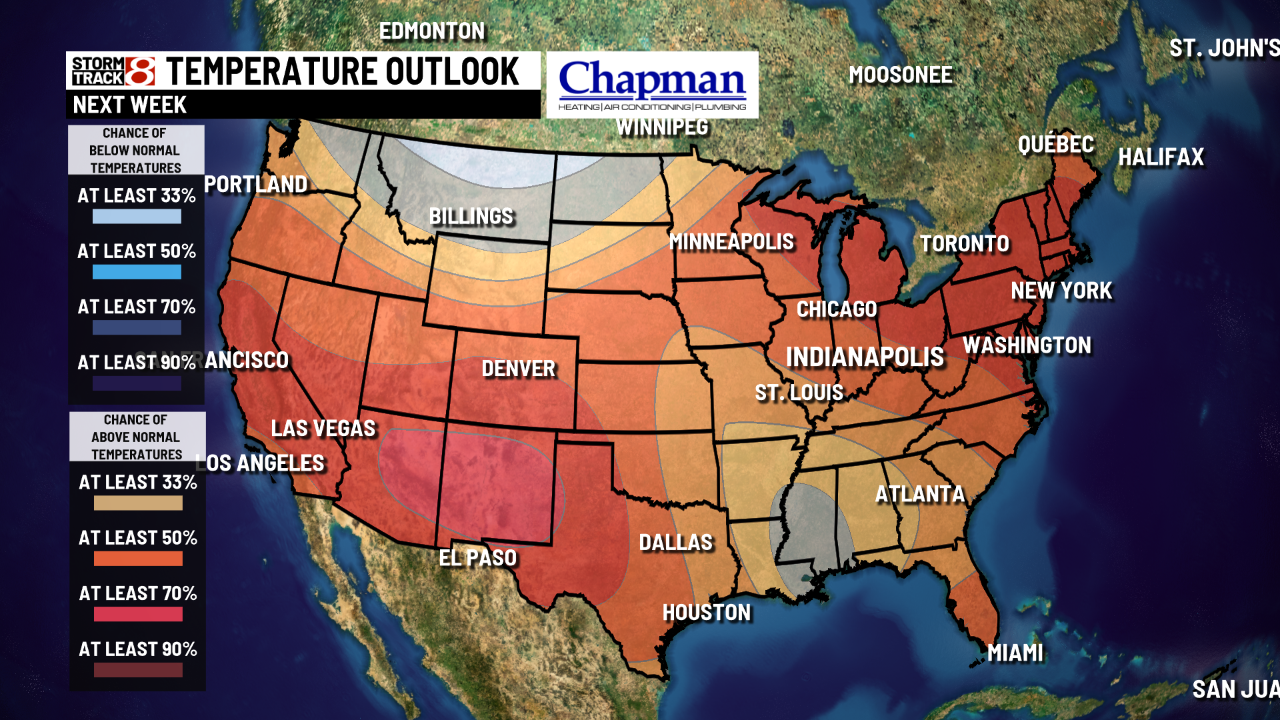 INDIANAPOLIS (WISH) — Heat looks to build back across the Midwest for the next few weeks.

Late August is usually named “the dog days of summer.” Right on cue, we expect heat to return to much of the Midwest for the second half of the month.

The first half of the month was slightly above normal. Average temperatures to date are running 2 degrees above normal, with only three of the past 14 days with below-average highs.

The jet stream will take a trip to the north as a hot dome of high pressure settles in to our south. This move will open the door for widespread heat across much of the country heading into next week.

While temperatures in the upper 80s and lower 90s may not be incredibly oppressive, it will be a decent enough change from the first half of the month. Couple that with higher humidity, and the comfortable factor decreases quite a bit.

Meanwhile, the extremely hot places across the country will be across the Southwest and central Plains, where air temperatures likely reach the triple digits several days next week.

The latest 6-to-10-day outlook from National Oceanic and Atmospheric Administration’s Climate Prediction Center (CPC) also shows the heat building across much of the country next week.

The CPC has central Indiana at 50% or greater odds of having above-normal temperatures next week.

The CPC also has much of the Midwest with expected above-average temperatures for the 8-to-14-day outlook, taking us nearly to the end of August.