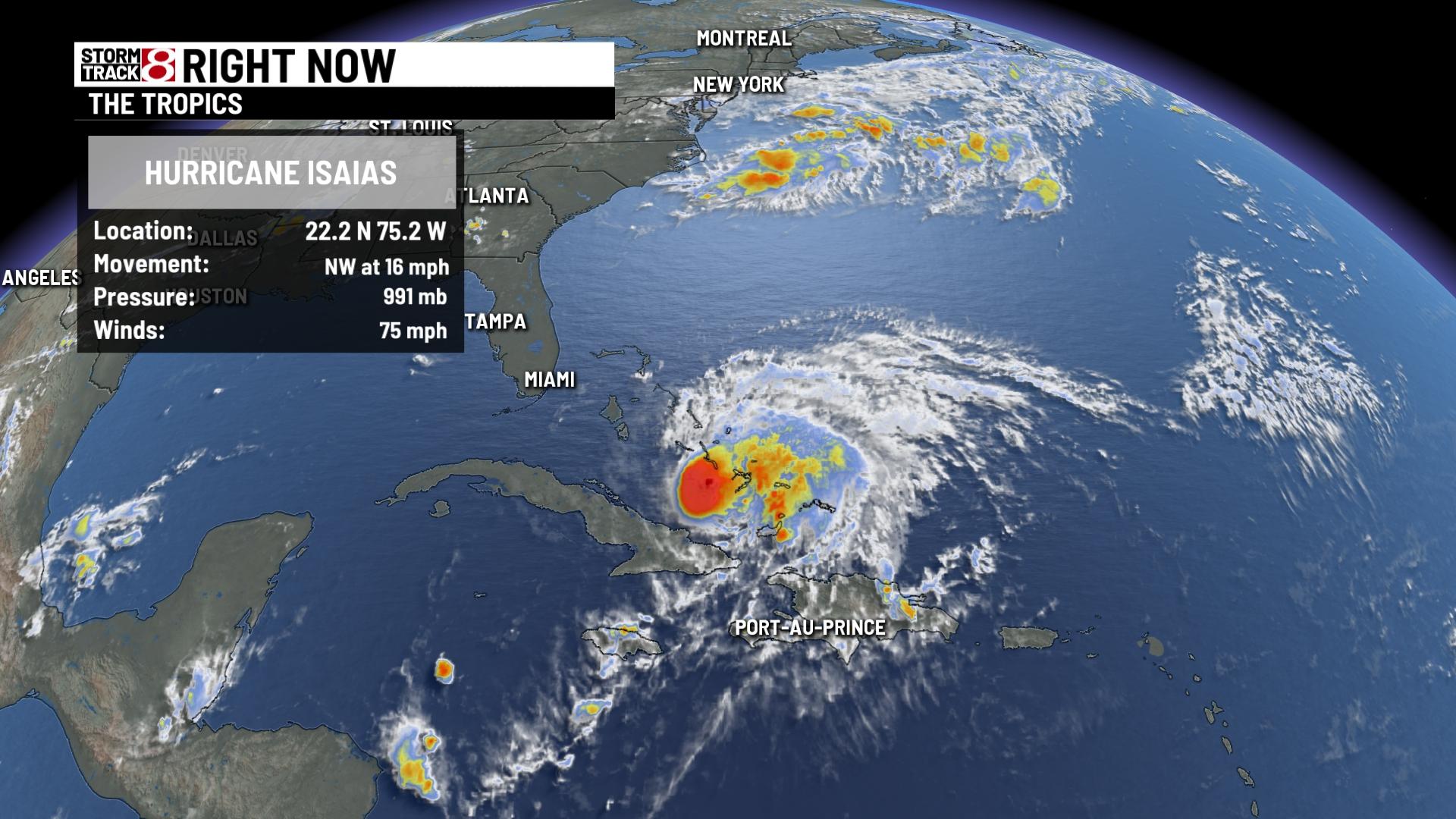 INDIANAPOLIS (WISH) — Hurricane Isaias is a Category 1 storm as of Friday afternoon.

The National Hurricane Prediction Center has the path of the storm heading right for the eastern part of Florida.

Hurricane watches and warnings along with tropical storm warnings are now in place for the Bahamas and the eastern part of Florida.

App users can go online to see maps with this story.

On Friday, wave heights around the Turks and Caicos were around 20 feet high. Also, 10-foot waves were forming in parts of the Bahamas.

Hurricane Isaias is a Category 1 storm with winds near 75 mph. On Friday afternoon, the storm was just north of Cuba and will be heading to the southeast U.S. by the end of the weekend.

Forecasts have Isaias remaining a Category 1, but it may strengthen to a Category 2 storm. Landfall may not be in Florida but its outer bands may impact the Eastern coast.

The storm is expected to move farther up the Eastern Seaboard by early next week.

Isaias may be taking a path similar to what Dorian took last year. Hurricane Dorian developed in late August and reached Category 5 strength and battered the Bahamas while it stalled before moving up the East Coast.

This hurricane season has gotten off to a fast start. We’ve already had nine named storms so far this season. Last year, Dorian was the fourth named storm and didn’t develop until late August.