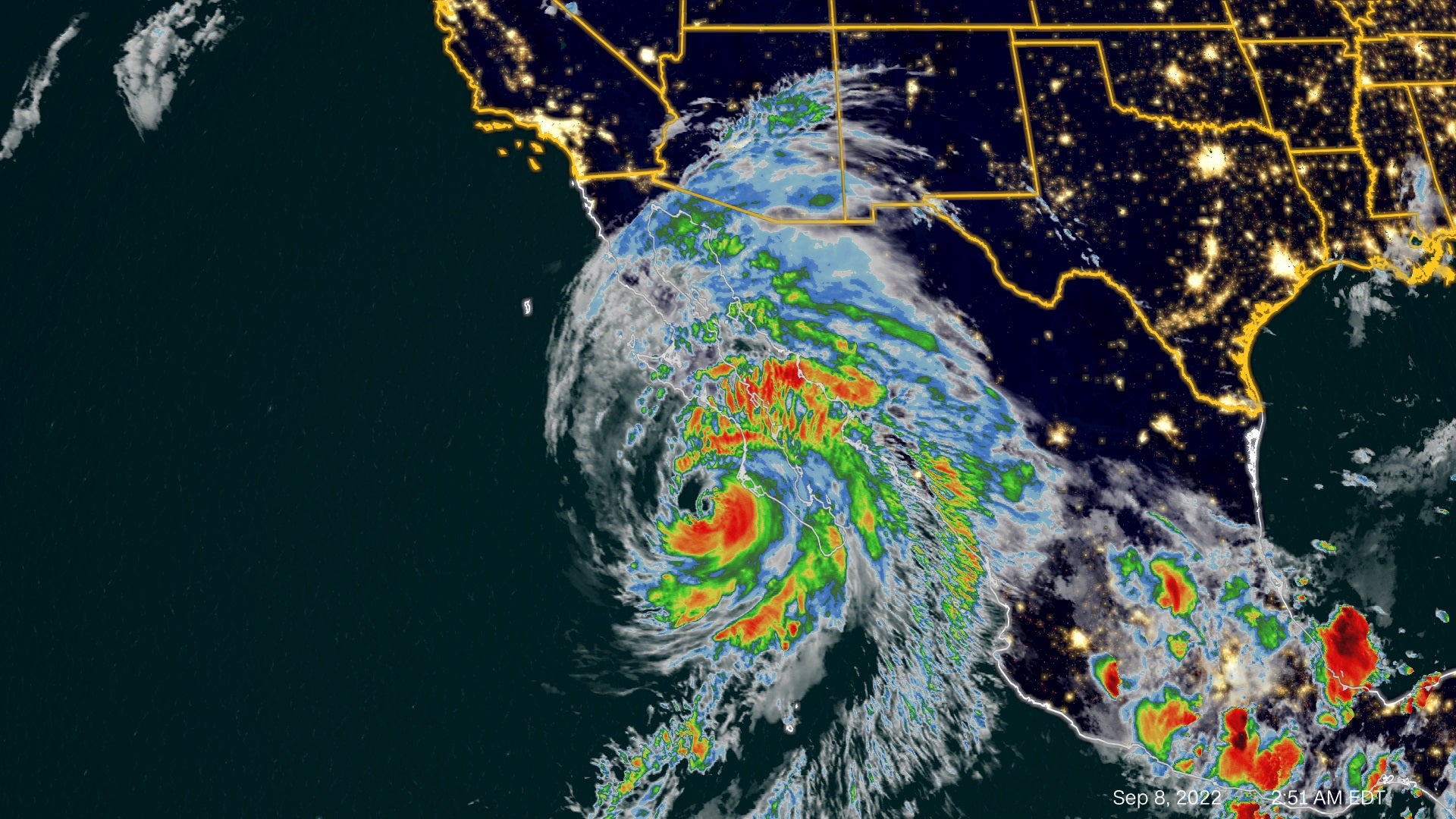 (CNN) — Hurricane Kay made landfall in Mexico along the west coast of the central Baja California Peninsula on Thursday afternoon, triggering flooding concerns not just in that region, but in parts of California and Arizona, too.

Hurricane conditions were impacting the peninsula Thursday and were expected to last several hours as the storm moved along the coast, according to the National Hurricane Center. Kay had maximum sustained winds of 75 mph at the time of landfall, making it a Category 1 storm. It’s expected to weaken throughout Thursday evening, the center said, but added that tropical storm conditions will spread northward.

Heavy rains on Friday will drench southern California, potentially bringing several months to a year’s worth of rain to a normally arid landscape. But that’s not all: As the storm moves north, strong wind, far from providing immediate relief from California’s climate crisis-driven heat wave, actually could push already record temperatures higher in some places.

Kay is expected to remain at hurricane strength until it’s around 250 miles from San Diego — something only four other storms have done since 1950, the National Weather Service says — before weakening as it moves toward the U.S. West Coast.

But the storm doesn’t need to be strong “for this to be a major concern for Southern California,” said Brandt Maxwell, a National Weather Service meteorologist in San Diego.

Kay is forecast to track parallel to the Baja California peninsula through Friday, pushing what could be record-breaking amount of moisture into Southern California and Arizona. Then just shy of the U.S.-Mexican border, it will turn westward, away from the coast, as it makes the closest pass to Southern California for a hurricane since 1997’s Hurricane Nora.

A turn to the west is expected by Saturday night, the hurricane center said.

Winds could gust to more than 60 mph as the system interacts with Southern California’s mountainous terrain, and those winds will be coming from the east, which means they will have a warming effect on coastal cities; as air travels down mountains, it is compressed and its temperature rises.

It will be similar to the Santa Ana wind phenomenon, which typically occurs in the fall and winter. “We are not calling it Santa Ana winds, but they will have characteristics of them as they pass through canyons and the sloped terrain,” Maxwell told CNN.

The warm, dry winds from the east will increase the region’s already considerable fire risk. Temperatures could reach 100 degrees Friday in coastal parts of San Diego and Orange counties.

“This happened in 1984 as a Category 1 Hurricane Marie well southwest of San Diego County forced temperatures to reach 100 in San Diego,” Maxwell said.

Lows could remain in the 80s overnight Thursday and into Friday morning, making sleeping uncomfortable, especially for those without air conditioning.

A year’s worth of rain to parts of Southern California

Even as the Southwest has been mired in a multiyear megadrought, Kay’s rainfall could pose a significant flood danger.

“A Moderate risk for Excessive Rainfall is in effect for portions of Southern California this weekend,” the Weather Prediction Center said Thursday evening. “While Hurricane Kay is not forecast to make landfall in California, associated rainfall will likely still impact the region, with localized regions of heavy rainfall possible.”

Models suggest moisture over this normally dry area will be well above the 99th percentile for this time of year going into the weekend.

Even though rainfall is desperately needed across parched Southern California, this much rain over a short period can cause creeks and rivers to rise rapidly.

“It’s never a good thing to get too much rain all at once, a trait all too common among slow-moving tropical storms,” the prediction center said earlier. “Thus, the flash flood potential is summarily also rapidly increasing.”

Rainfall from 2 to 4 inches, possibly up to around 8 inches, is expected throughout the mountainous terrain of Southern California, especially on the eastern slopes.

The National Weather Service forecasts from 2 to 4 inches of rain over 36 hours Friday and Saturday at Imperial County Airport in southeastern California; the spot gets 2.38 inches of rain on average each year. If Imperial receives more than 3 inches of rain, it would make this month its wettest September, breaking a record set in 1976.

The Imperial Valley region is home to one of the nation’s most productive farm belts, especially known for producing winter vegetables for U.S. consumers due to its year-round growing season. The area and nearby regions including Yuma, Arizona, have been dealing with long-term drought and are in contentious negotiations about reducing their hefty water supply from the Colorado River.

In Palm Springs, California, from 2 to 4 inches are forecast through the weekend, pushing toward the typical annual rainfall tally of 4.61 inches. Three inches in Palm Springs would put this month in the top three wettest Septembers for the city and make it the wettest since 1976, when it got 4.17 inches; its average September rainfall is 0.24 inches.

Yuma could see 1.5 inches of rain through the weekend, which would make this month the wettest September there since 2009. The city’s average September rainfall is 0.68 inches. 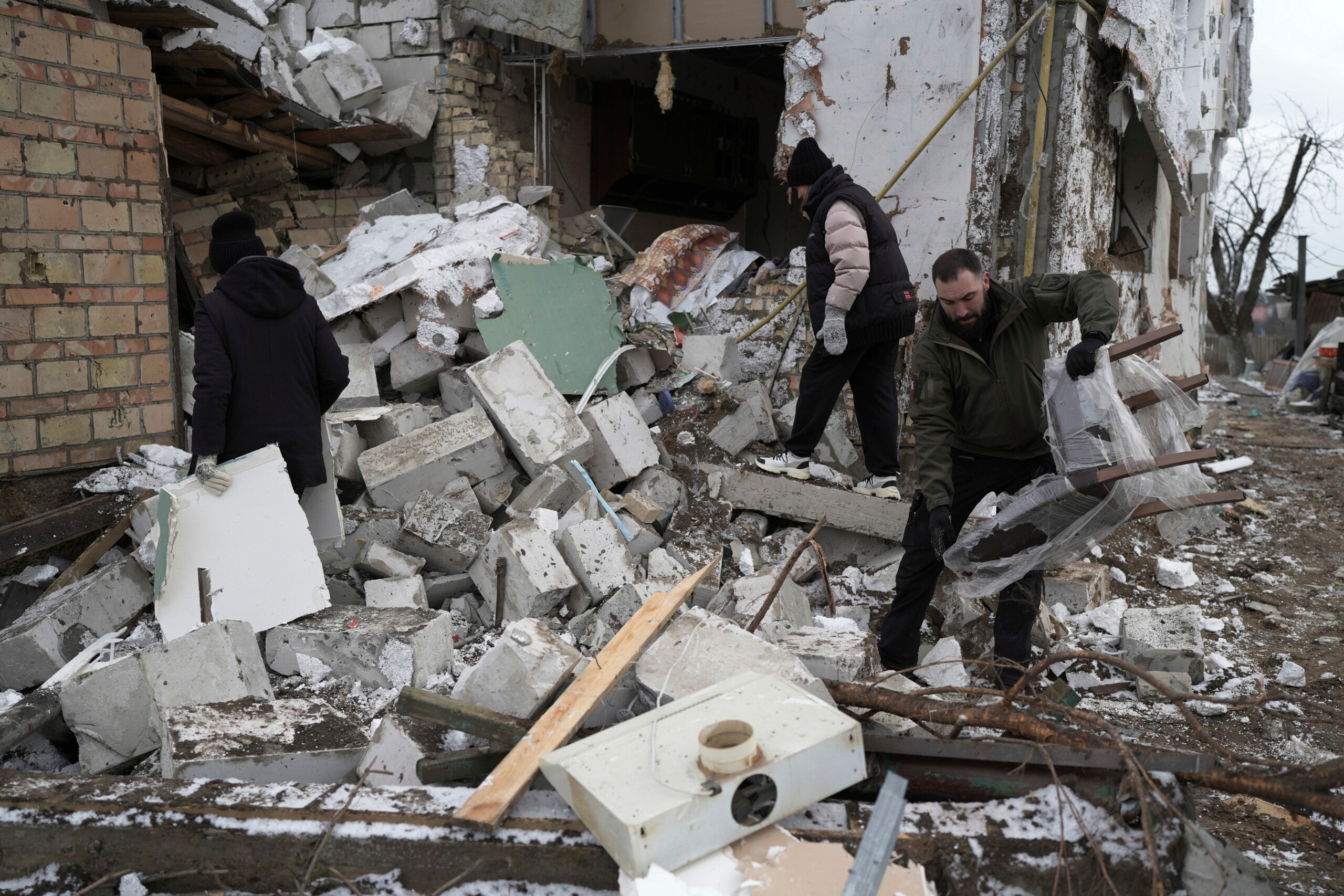