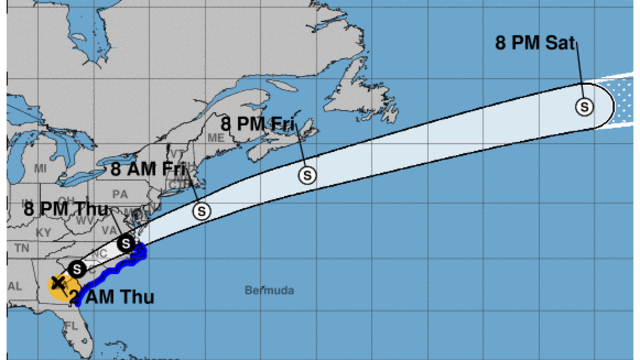 TALLAHASSEE, Fl. (WAVY/AP) — At least two people have died from what was Hurricane Michael.  Multiple news outlets in southwest Georgia reported an 11-year-old girl died in Seminole County when wind sent a mobile carport through the roof of a house.  The carport hit the child in the head, according to emergency workers.  A man also was reported dead when a tree fell on a Florida panhandle home.

Michael hit Florida Wednesday afternoon as a powerful category four hurricane. The storm weakened to a tropical storm as it moved farther inland.  As of 2 a.m. Thursday Michael continued to pack winds of 60 miles per hour, according to the National Hurricane Center.

A storm surge watch means there is a possibility of life-threatening rising water inland from the coastline.