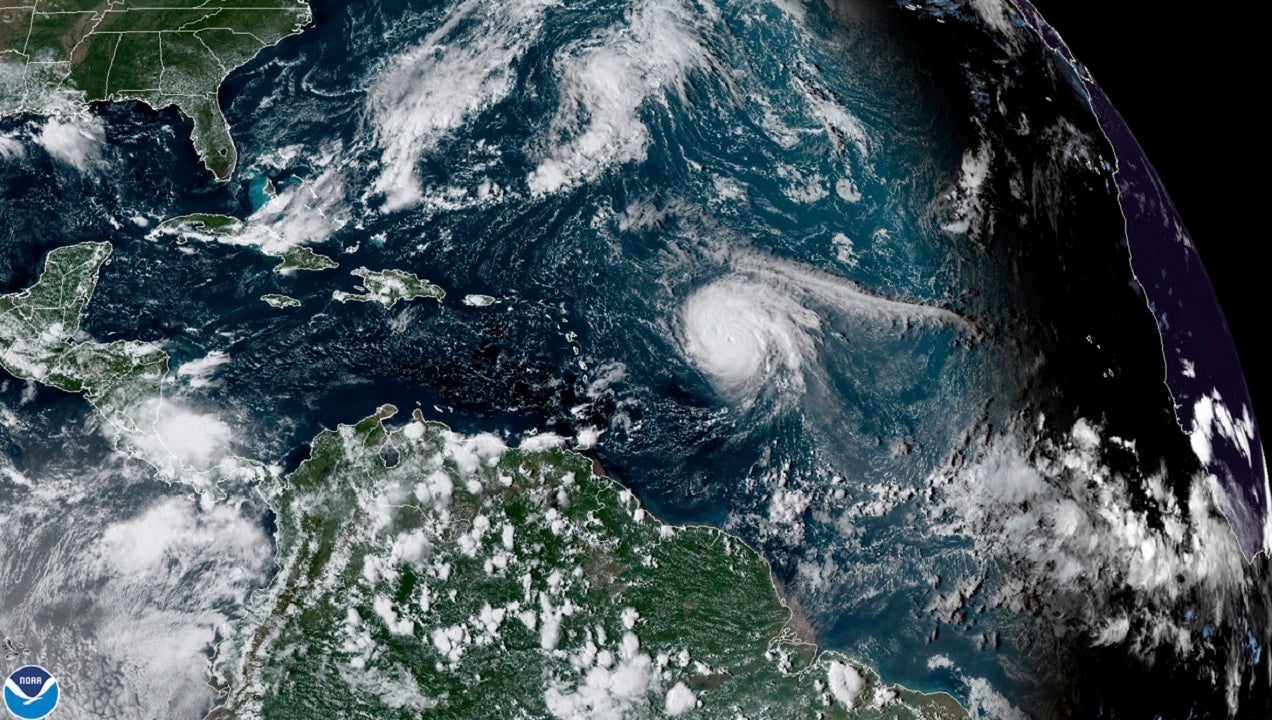 MIAMI (AP) — Hurricane Sam strengthened again to a powerful Category 4 storm on Tuesday, centered well offshore in the Atlantic Ocean but still capable of sending dangerous swells and rip currents later this week to the Bahamas, Bermuda and eventually the northeastern U.S. coast.

Sam is located about 610 miles (980 kilometers) east of the northern Leeward Islands and is traveling northwest at 9 mph (14 kph), the U.S. National Hurricane Center said in a morning advisory. Hurricane-force winds were extending outward 40 miles (65 kilometers) from its center.

Its maximum sustained winds rose again to 130 mph (215 kph), making it a Category 4 hurricane. No coastal watches or warnings were in effect, and forecasters expected it to remain a major hurricane through late this week as it turns northward on a track that would keep its center well offshore.