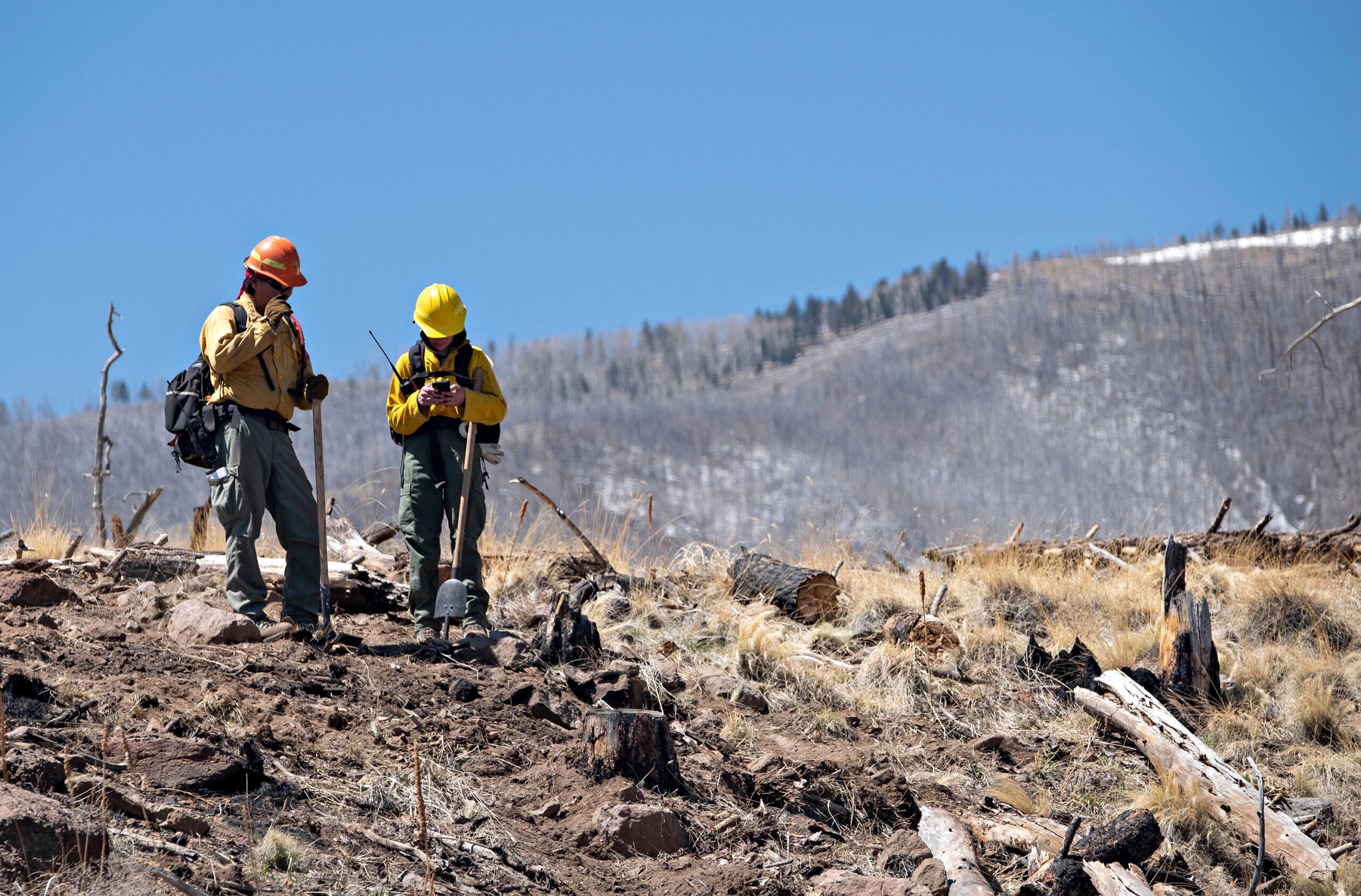 A pair of Resource Advisors from the Coconino National Forest record data in Division Alpha as they work to determine the severity of Tunnel Fires impact on the Forest. April 21, 2022 near Flagstaff, Ariz. The San Francisco Peaks in the rear show the effects of the 2010 Schultz Fire. (Tom Story/Northern Arizona Type 3 Incident Management Team, via AP)
by: Haley Brink, CNN meteorologist
Posted: Apr 22, 2022 / 11:36 AM EST / Updated: Apr 22, 2022 / 11:36 AM EST

(CNN) — Hot, dry and windy conditions mean some drought-stricken areas of the Southwest face an “extremely critical” threat of fire Friday, from central and eastern New Mexico to eastern Colorado, including Denver.

Other higher population centers threatened include Albuquerque in New Mexico and Colorado Springs in Colorado.

More than 10 million people from Arizona to Nebraska are under red flag warnings Friday, meaning conditions are perfect for wildfires to start and to spread.

“Any fire that starts will have the potential to spread rapidly, and would be difficult if not impossible to control,” the NWS office in Boulder said.

Relative humidity values as low as 5% and sustained winds of 30 to 40 mph with gusts from 60 to 70 mph are possible.

“These winds could potentially be catastrophic for ongoing wildfires or any new ignitions,” the NWS in Albuquerque said.

Dry thunderstorms are also a concern, according to the Storm Prediction Center.

These thunderstorms can produce lightning that can start new fires, with very little to no rain. The area at greatest risk for dry thunderstorms overlaps parts of the “extremely critical” fire threat near the Colorado/Kansas border down to the New Mexico/Texas border.

Much of the area is suffering from prolonged, severe drought that’s a symptom of the growing climate crisis. New Mexico’s drought area has more than tripled since January and now covers more than 60% of the state.

Friday’s is the seventh extreme fire danger issued since December, and the number of people in the extreme risk area — 4.2 million — is higher than all the previous six combined.

More than 19,700 wildfires have been reported this year, more than any year-to-date period of the last 10 years, according to the National Interagency Fire Center. The 10-year-average for the period is 13,720.