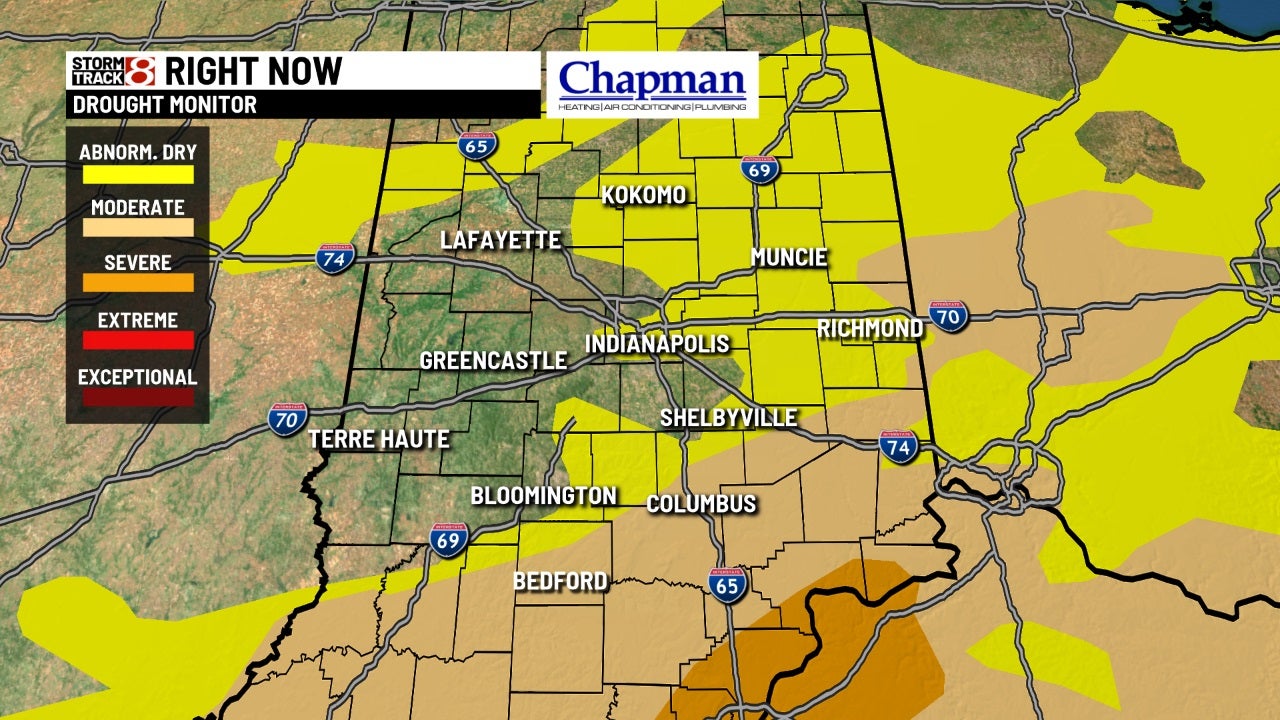 INDIANAPOLIS (WISH)– Indianapolis is coming off the third driest September on record. The lack of rain and high heat has caused moderate drought conditions for part of the state.

The newest drought monitor shows parts of southern Indiana under moderate drought conditions and areas along the Ohio River under severe conditions.

Rainfall amounts for the last 60 days show a sharp cut off of those who saw a lot of rain and those who could use more. Parts of Wisconsin including Green Bay, have seen more than 16″ of rain in the last two months. According to the National Weather Service in Green Bay as of October 2, the city has measured more than 40″ of precipitation, setting a new yearly record.

Chicago has picked up more than a foot of rain in the last 60 days while Indianapolis has 4″. Southern Indiana and northern Kentucky have only seen 2-4″ of rain.

A burn ban is now in effect for more than 20 counties in southern Indiana due to the moderate to severe drought conditions.