Needing some rain in central Indiana 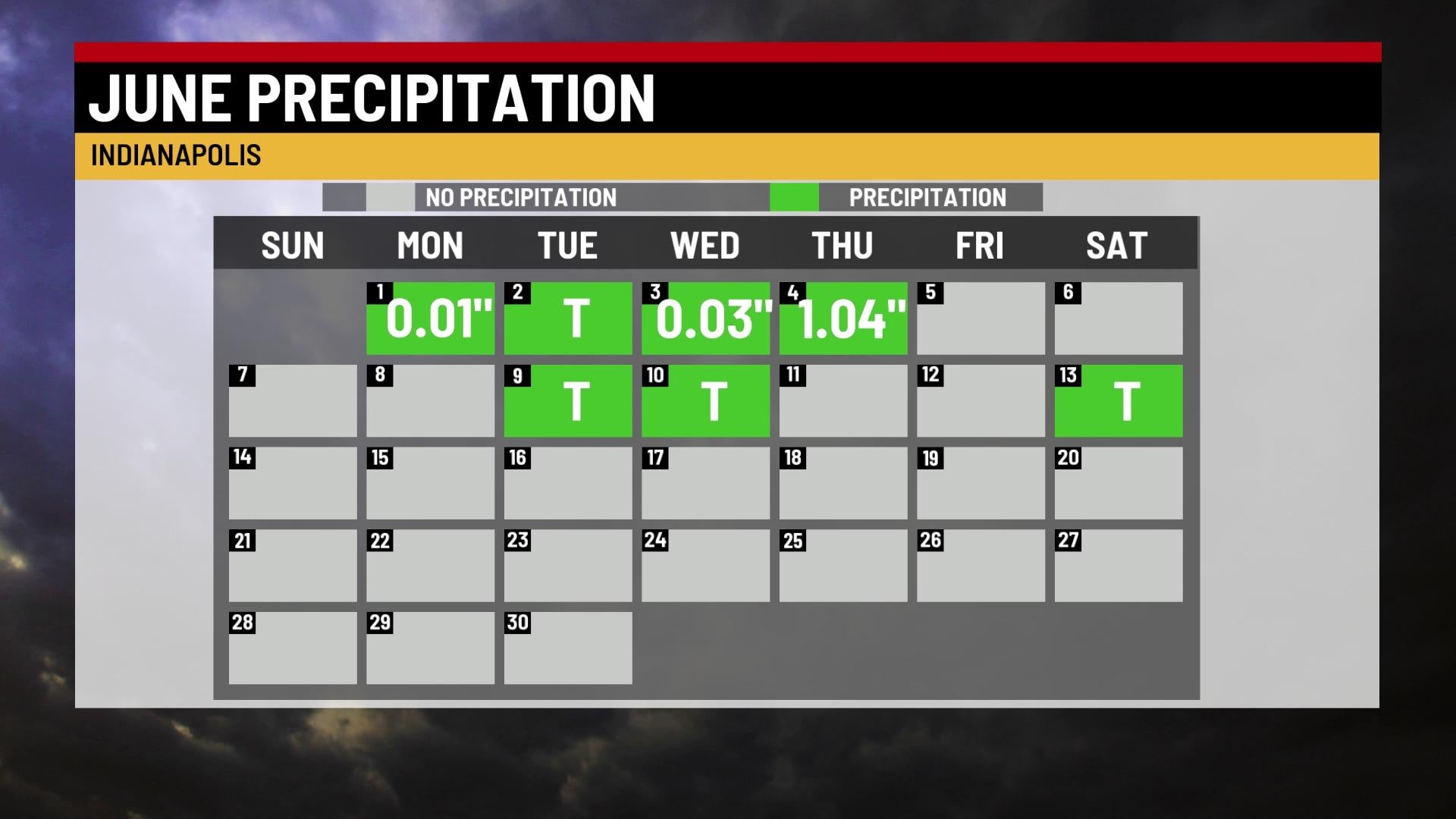 INDIANAPOLIS (WISH) — After a nearly perfect start to the spring precipitation, the well is starting to run dry and significant rain for most of central Indiana has been tough to come by this month.

If you look at the big picture, it would appear that we are doing OK in terms of rainfall. Over the past 30 days, we are at nearly 150% against the average rainfall, a respectable but not extreme number.

However, rainfall usually falls in the “what have you done for me lately” category. As of late, widespread rainfall has been tough to come by.

To date, we’ve picked up just over an inch of rainfall in Indianapolis. The average to date should be close to 2 inches.

What makes this worse is that the month has been front-loaded with rainfall. Meaning, all of our measurable rain came early in the month. In our case, it basically came on one day, June 4, where we had just over 1 inch of rain. As a result, soil moisture is getting lower and many lawns are looking a little brown.

June is typically the third wettest month of the year, averaging around 4.25 inches of rainfall.

If there is a silver lining, it’s for the long-range forecast. The U.S. Climate Prediction Center forecasts calls for higher chances for above-average rainfall for the 6-to-10-day and 8-to-14-day ranges.