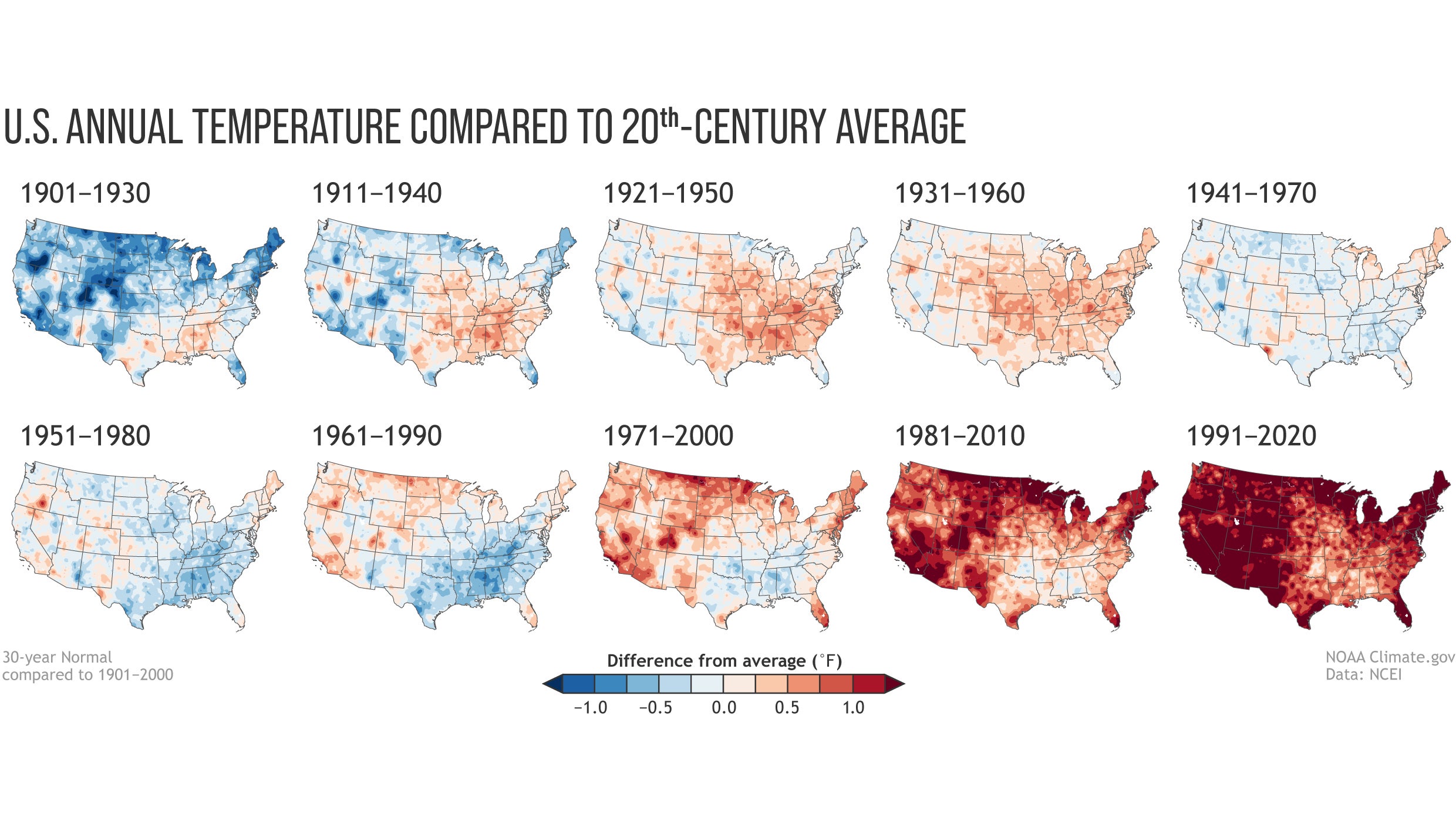 (CNN) — The new climate normals released Tuesday by National Oceanic and Atmospheric Administration reveal that weather across the United States is warming.

The current normals data set, which represent the average temperature, precipitation and rainfall for 1991 through 2020, highlight that most of the country has warmed compared to normals for 1981 through 2010, except for the north-central United States. The West is becoming drier and the East is turning wetter.

NOAA releases the climate normals every 10 years and they reflect data from the past 30 years.

Fairbanks, Alaska, typically viewed as a cold location compared to the rest of the country, is now categorized as a warm summer continental climate in the Köppen climate classification.

The average temperature for May in Fairbanks rose to over 50 degrees, which triggered the reclassification from the sub-Arctic climate.

“The Arctic is among the fastest warming regions in the world and is heating at twice the global average,” according to the World Meteorological Organization.

In the Northeast, a heatwave is often recognized as high temperatures measuring at least 90 degrees for three or more consecutive days.

Washington, D.C., now averages 22 days of 90 degrees in a row. In the previous normals from the 1981-2010 data set, the District of Coulmbia’s high temperature peaked at 89 degrees for 16 days but never averaged at 90 degrees.

SEE HOW THE CLIMATE HAS CHANGED IN YOUR CITY HERE >>>

Other Northeast cities are also heating up. New York City and Boston’s average high temperature in the summer have slightly risen, and the short-term, 15-year average is even greater than the baseline, 30-year average.

The window of three decades of observations is considered long enough to offset any variations you would expect from one year to the next. However, with so many weather extremes in recent years, enhanced by human-caused climate change, the short-term average was added for the first time to represent a period closer to today.

Despite the rising temperatures in New York City, the average snowfall increased by nearly half a foot. Annual precipitation in New York has also increased overall.

In Atlanta, the city averages 20 more 90+ degree highs in the summer, using the 15-year average compared to the new baseline average.

One city with a larger change in annual temperatures is Chicago. The temperature rose by more than 1 degree with the new average.

In a city like Los Angeles, the average high temperature has actually cooled while lows have slightly warmed, decreasing the daily temperature variation. These warmer nights can make periods of hotter weather more dangerous because your body can’t cool as efficiently.

Most notably in Los Angeles is the decrease in precipitation. In the winter, which is typically the wet time of the year for Southern California, the city actually had a slight increase in precipitation from 1991 to 2020 compared to 1981 to 2010, but the short-term average is more than 2 inches less than the new average. This shows how in more recent times, rainfall has decreased in the city.

This is seen across other parts of the West, including in San Francisco and Phoenix. The drier and generally warmer weather is fueling longer wildfire seasons.