‘Off the charts’: Weather disasters have cost US $750 billion over past 5 years 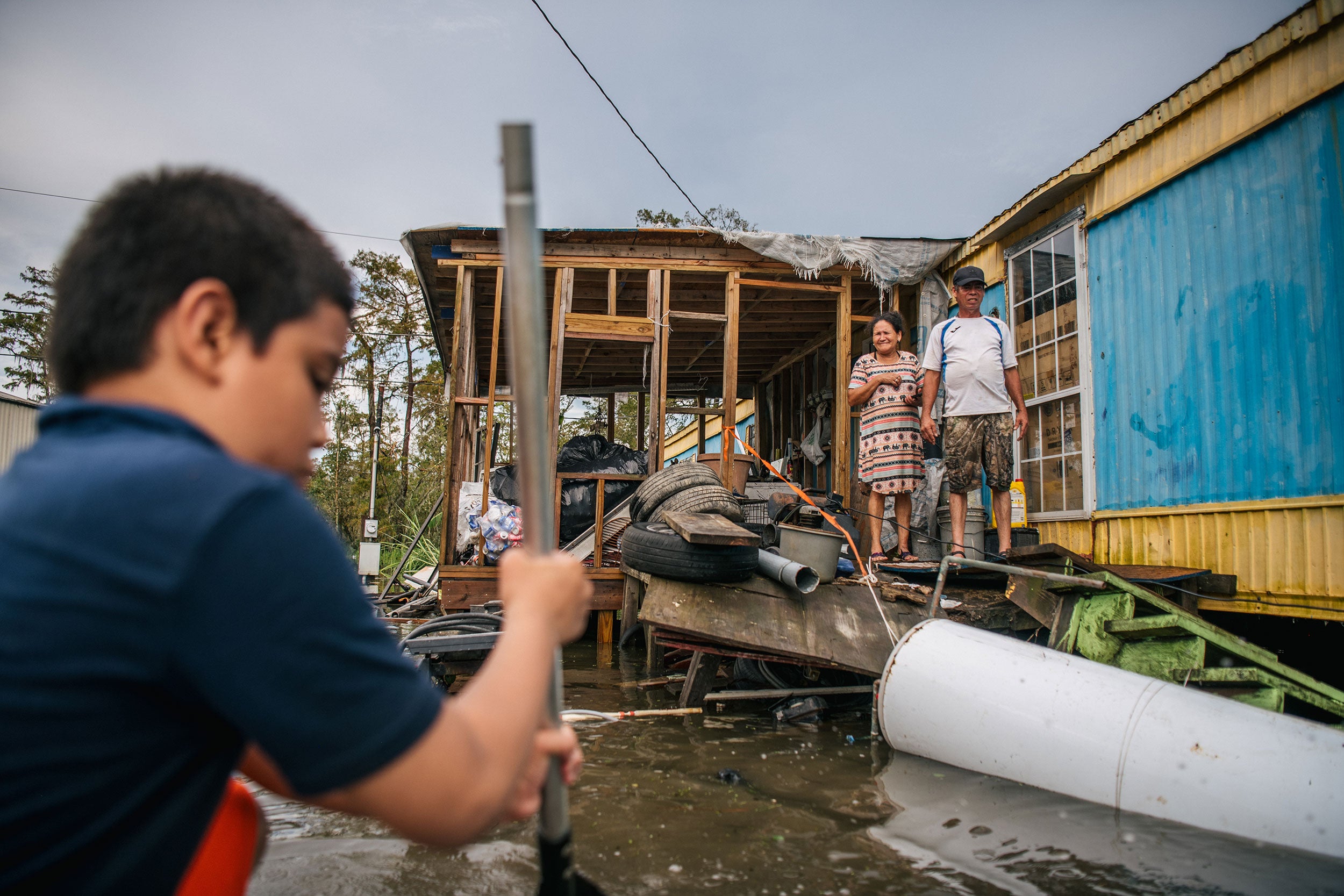 BARATARIA, LOUISIANA - AUGUST 31: The Maldonado family travel by boat to their home after it flooded during Hurricane Ida on August 31, 2021 in Barataria, Louisiana. "I've lost everything in my trailer because of the hurricane. I've lost everything, my family has lost everything and we're now trying to find help. We all live in this area and now its all gone," said Fusto Maldonado when asked about the storm's effect. Power is out throughout New Orleans and the surrounding area. Ida made landfall as a Category 4 hurricane on August 29 in Louisiana and brought flooding and wind damage along the Gulf Coast. (Photo by Brandon Bell/Getty Images)
by: Rachel Ramirez, CNN Graphics by CNN's John Keefe and Priya Krishnakumar
Posted: Jan 10, 2022 / 11:51 AM EST / Updated: Jan 10, 2022 / 11:51 AM EST

(CNN) — A historic deep freeze that crippled Texas. A deadly hurricane that wreaked havoc from the Gulf Coast to the Northeast. A record-shattering heat wave and historic drought in the West. And a devastating, out-of-season tornado outbreak that tore through towns in the central and southern U.S.

Those are just a handful of the 20 weather and climate disasters the United States experienced in 2021 that cost at least $1 billion each, according to the National Oceanic and Atmospheric Administration.

“2021 was, in essence, watching the climate projections of the past come true,” Rachel Licker, a senior climate scientist with the Union of Concerned Scientists, told CNN. “The fingerprints of climate change were all over many of the billion-dollar events that hit the U.S. this year.”

Last year was the second consecutive year with 20 or more billion-dollar disasters, something that had never occurred before 2020’s record-breaking 22. But the price tag in 2021 was $50 billion more and the extreme weather was far more deadly. At least 688 people died in the 20 events last year, NOAA reports, which was more than double the death toll of 2020.

“What’s concerning about 2021 is it’s yet another year in a series of years where we have both a high frequency, high cost and a large diversity of these extreme events that affect people’s lives and livelihoods,” Adam Smith, a climatologist with NOAA who led the report, told CNN.

“Over the last five years, the United States has experienced almost $750 billion of damages from these billion-dollar disasters, which is really off the charts,” he said. “And 2022 may not be any different.”

Smith points to a spate of factors that are contributing to the growing economic toll, including a rise in population and assets in harm’s way and increased vulnerability given where and how structures are built.

And, he said, climate change is “amplifying and making more severe some of these extremes that lead to billion-dollar disasters.”

That funding — designed to be applied over the course of 10 years — pales in comparison to what the U.S. is now spending on disasters.

As negotiations over that bill drag on in the Senate and global temperature continues its alarming rise, Licker said 2021 showed us that rapid and robust changes are necessary to limit the number of billion-dollar disasters that will strike the U.S. in the future.

“We’ve known about these risks for so long, it didn’t have to be this way,” she said. “Hopefully 2021 and NOAA’s new report will serve as a wake-up call for decision-makers across the country. While the time to act was yesterday, we can still make meaningful changes to the course that we’re on.”

NOAA’s annual report only captures the most costly disasters and serves as a snapshot to quantify the toll of extreme weather and climate change across the U.S. The report accounts for roughly 80 to 85% of direct economic damages for all U.S. disasters at all scales and loss levels, according to Smith.

Hurricane Ida was the costliest extreme-weather event of 2021, NOAA found, totaling $75 billion and ranking among the top five most expensive U.S. hurricanes on record since 1980. Additionally, the historic cold snap that plunged deep into Texas in February was the country’s costliest winter storm on record, exacting a toll of $24 billion.

NOAA also reported Monday that the average temperature in the U.S. last year was 55 degrees, making 2021 the fourth-warmest year since record-keeping began 127 years ago. Precipitation was slightly above average in 2021, but drought conditions — particularly in the West — remained steady and significant throughout the year.

Scientists have found climate change is not just increasing the severity of extreme weather — it is interrupting typical patterns and causing wild swings between dry and wet extremes. After months of prolonged drought, California was hammered by extreme rain in so-called atmospheric river events that caused destructive flooding during the last couple of months of the year.

December is typically a quiet month for extreme weather, but a stunning number of extreme weather events — all of which are more typical of warmer seasons — stretched into the last month of the year, including the deadly tornado outbreak on Dec. 10, the derecho and tornado outbreak on Dec. 15, and the Marshall Fire in Colorado in the last week of the year.

Smith said although it is included in the 2021 report, the Marshall fire was such a big event that “it may not be fully captured.”

“The third most costly disaster in 2021 was the Western wildfires, in excess of $10 billion,” Smith said. “And with these late-year events, like what happened in Colorado, we’ll probably have to up that even further in our first-quarter analysis this spring.”

As in the U.S., extremes are becoming more frequent and more intense around the world due to the climate crisis.

A recent report by the World Meteorological Organization found that an extreme weather event or climate disaster had occurred every day on average somewhere in the world over the last 50 years, a five-fold increase in frequency over that period. Globally, the economic toll of these disasters has climbed seven-fold since the 1970s, the WMO reported.