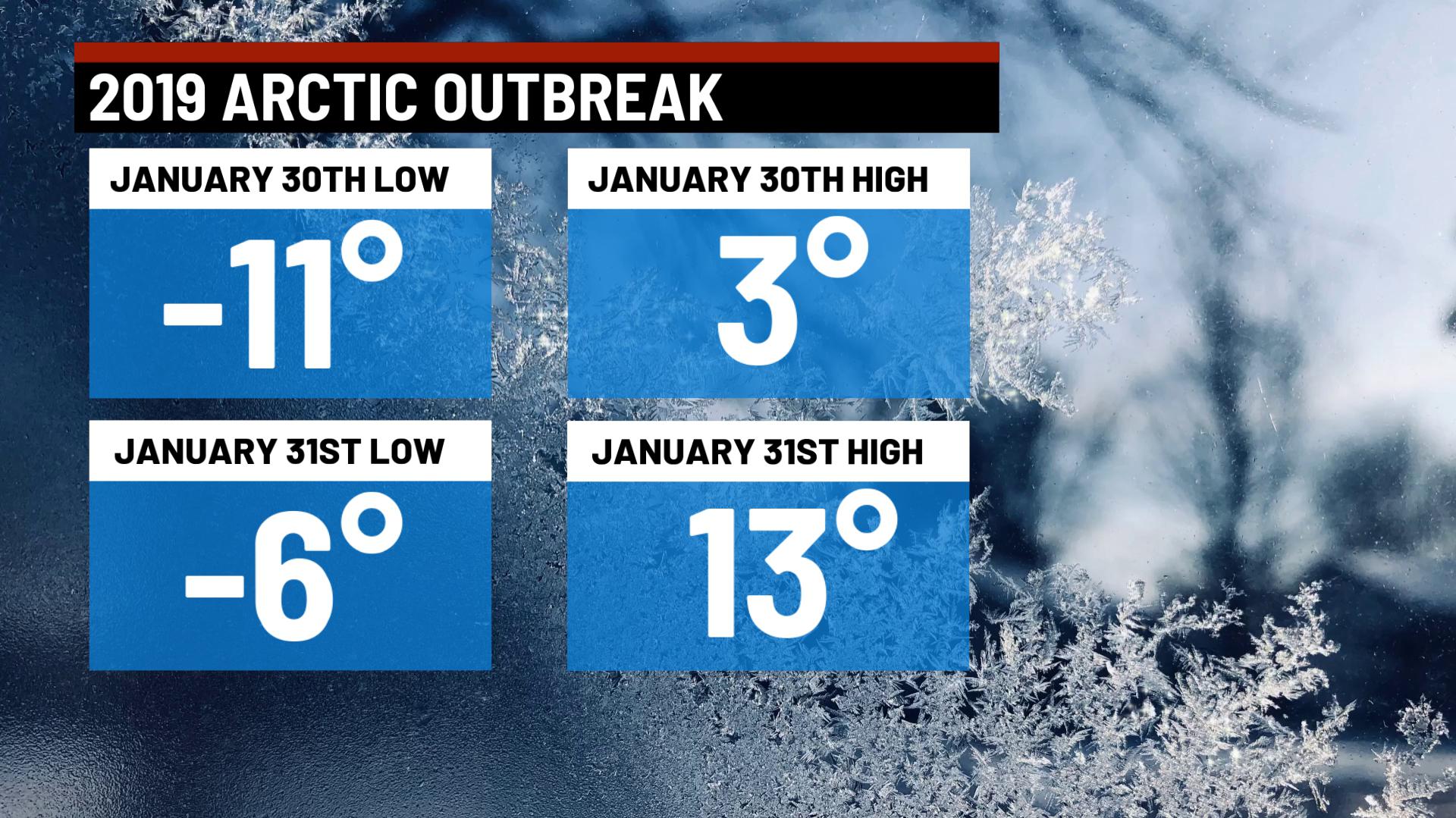 INDIANAPOLIS (WISH) — One year ago an arctic blast hit the Great Lakes creating a deep freeze in central Indiana.

On the morning of Jan. 30, the mercury dropped to -11 which tied a record low for the date. The afternoon stayed cold and temperatures had a hard time recovering. Highs only reached 3 degrees which set a record cold maximum.

The bitter blast brought brutal wind chills to the area. It felt like 20-40 degrees below zero in central Indiana. While areas in Iowa and Minnesota had wind chills close to 50 below zero.

The following morning Jan. 31, temperatures dropped to -6 which set yet another record low for the day. During the day, highs climbed into the teens.

This arctic outbreak broke more than a thousand temperature records in states across the Great Lakes. Several all-time record lows were set in Iowa, including -32 in Iowa City. A new record low for the state of Illinois was also set last year. Mount Carroll, IL dropped to -38 which is the coldest temperature recorded in the state.