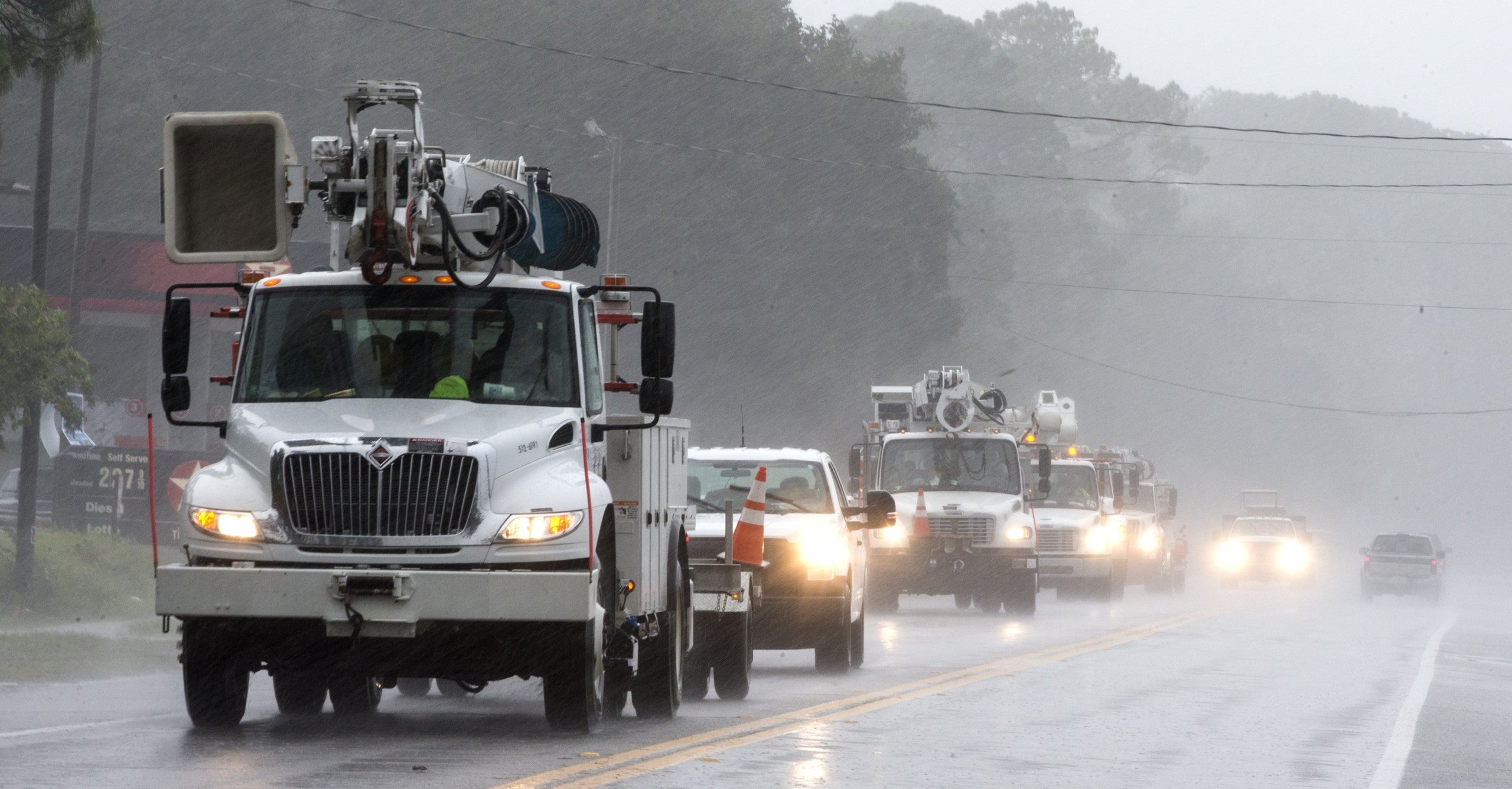 (CNN) — Power companies across hurricane-prone states are forced to face a prospect they’ve never dealt with before: restoring power after a major storm amid a global pandemic.

Long restoration times are likely depending on how the coronavirus plays out during the six-month Atlantic hurricane season, which started June 1 and is predicted to be extremely active.

“While we are committed to restoring power to customers as quickly as possible following a hurricane, I am not willing to sacrifice safety for speed,” Florida Power & Light Company President and CEO Eric Silagy noted Friday after the company concluded its two-week storm preparedness drill.

“The No. 1 priority of every employee and contractor working to restore power is to return home safely to loved ones,” he said. “This has always been at the core of our hurricane response and it remains at the heart of everything we do this hurricane season.”

It means everyone living in hurricane-prone communities must be ready to be without power longer following a major hurricane. Just as important is adding hand sanitizer and face masks to a storm-preparedness checklist, as well as checking with local emergency management officials for changes to shelters and evacuation orders due to the coronavirus.

In a typical year, crews would set up large camps

When a major hurricane makes landfall, there will be power outages.

During a typical season, if a hurricane were forecast to hit land, the utility potentially affected would immediately begin evaluating the number of crews needed to get power back quickly.

Requesting help from partner utilities around the country is known as “mutual assistance.” And it’s a hallmark of the industry.

But because of the way the critical manpower and equipment operations unfold, standard procedures almost certainly would run afoul of social distancing and travel guidelines aimed at halting the coronavirus’ spread.

Once assistance is secured, out-of-state or partner utilities usually set up camp at staging sites, which are like miniature cities of hundreds or thousands of people near what will be the hardest-hit areas. Materials, bucket trucks, food, lodging and showers for crews are all staples of the sites.

The goal is to get crews as close as possible to the worst damage, ensuring minimal lag time in response. That ultimately leads to a quick restoration after the hurricane.

Once the storm system has passed and it’s safe for crews to work, lineworkers hit the ground to restore power. They aim to get as many customers back online in the shortest time frame, working first on power plants and major power lines, along with main lines that feed electricity into critical facilities like hospitals, grocery stores and fire stations. They then home in on communities until every customer is back online.

This year will look different

During the pandemic, though, the system will look different. Large staging sites will be decentralized, and there will be a more dispersed workforce in the field, according to a resource guide put out by the Electric Subsector Coordinating Council, a CEO-led group that connects the industry and the federal government.

Instead of one massive staging site for lineworkers, it’ll be broken down into myriad “micro staging sites” across an area, the guide states. Crews at each site will work as self-contained modules with limited movement. This will limit potential virus exposure for critical workers and allow them to maintain social distancing guidelines and daily health screenings.

But the new logistics could mean it will take longer to restore power.

Additionally, the recent increase in COVID-19 cases around the country could limit the number of out-of-state power crews willing to send help due to new travel restrictions or health guidelines that come down the pike.

Florida Power & Light Company may not be able to put together a restoration workforce as big as in prior major hurricanes, it stated in its start-of-hurricane-season news release. That may mean it would take more time to restore power after a hurricane like Irma in 2017, when the company spent 10 days restoring power to 4.4 million affected customers with a workforce of 27,000, it warned.

Every storm is different and brings its own set of hazards. For instance, a slow-moving tropical storm can sometimes bring more damage than a fast-moving Category 1 hurricane.

So, too, power restoration effortsoften differ.

Tropical Storm Cristobal made landfall June 7 in southeast Louisiana, and restoration delays were minimal. But Cristobal was not a behemoth Category 5 hurricane, for which tens of thousands of crews would be needed to restart the power grid.

Experts across the globe agree this season is forecast to be extremely active. Four named storms have already formed this year, and NOAA predicts 13 to 19 named storms. Three to six of those are predicted to be major hurricanes of Category 3, 4 or 5 strength. And Colorado State University researchers predict a 70% chance a major hurricane will hit the US coastline this season.