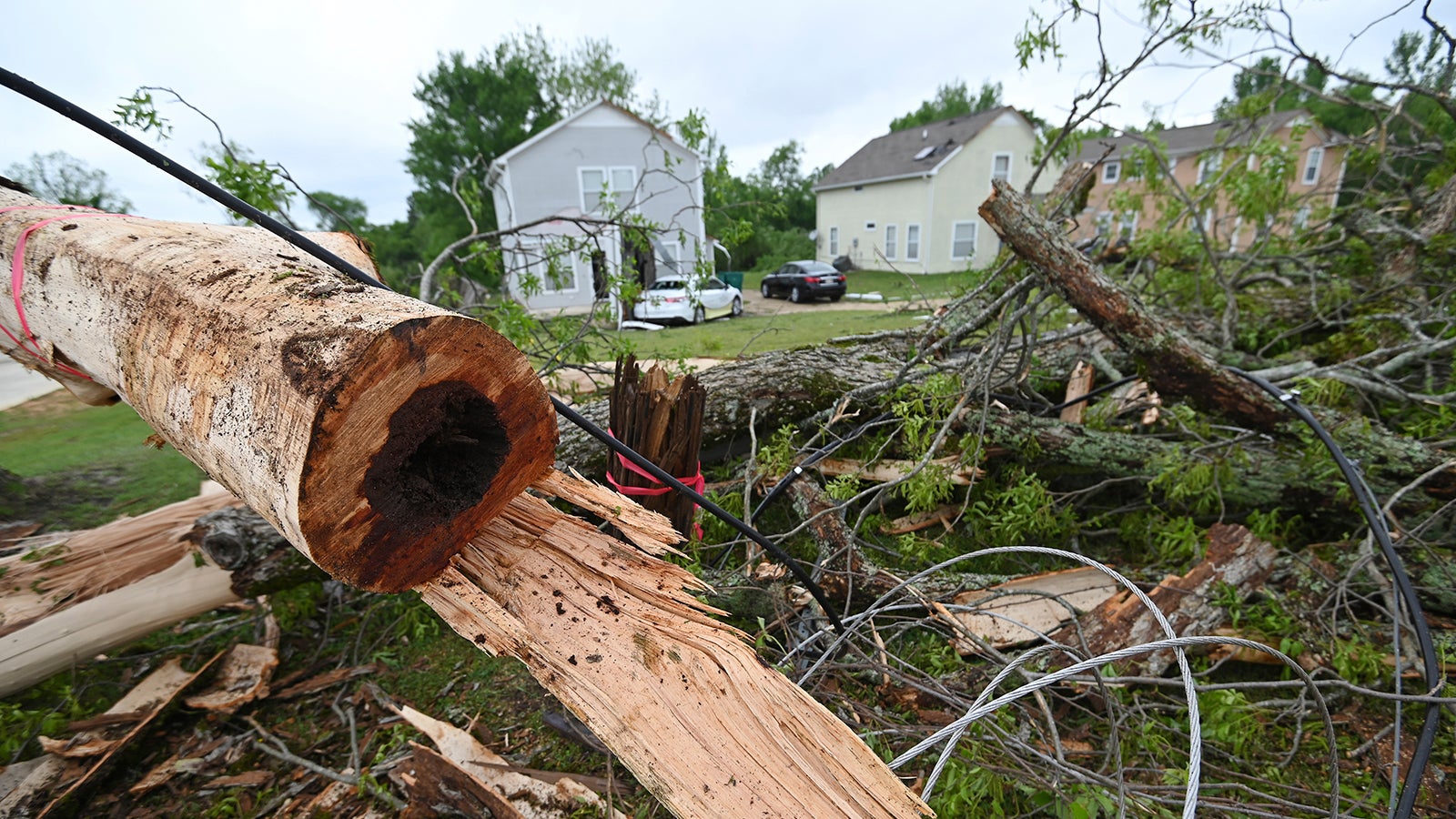 (CNN) — The risk of severe thunderstorms was raised to a Level 4 out of 5 in parts of Mississippi and Alabama amid a multiday storm outbreak that has already killed three people.

In all, nearly 100 million people stretching from the Gulf Coast up to New England could see severe weather on Tuesday, defined as a storm that produces a tornado, damaging winds or large hail, according to the Storm Prediction Center.

On Sunday, tornadoes struck at least three Mississippi cities, and on Monday tornado and thunderstorm watches stretched from Mississippi to south-central North Carolina, including the metro Atlanta area, where a tornado touched down and caused widespread damage.

Two people in Georgia died Monday and one person in Tennessee died Tuesday, all from falling trees.

A tornado watch was issued Tuesday for over 4 million people from eastern Louisiana through southeastern Mississippi, much of southern Alabama and a small portion of the Florida Panhandle. The watch includes Hattiesburg, Mississippi, and Tuscaloosa and Montgomery in Alabama and is in place until 10 p.m. CT.

A flash-flood emergency has been issued for southeastern Jefferson County and northwestern Shelby County in central Alabama, according to the National Weather Service (NWS). This includes Birmingham, Hoover, Bessemer and other areas of the Birmingham metro.

The NWS says flooding is ongoing after 3 to 5 inches of rain fell this afternoon. Rain is continuing and an additional one to two inches is possible before the rain comes to an end later this evening.

As Tuesday progresses, the heat and humidity that accompanies the month of May in the Deep South will help to reinvigorate the atmosphere. Areas along the Gulf Coast, from East Texas to the Florida Panhandle, could see strong to severe storms pop up until the arrival of the severe gusts that come with the advancing front.

Areas from Central Louisiana, Alabama, Georgia, and Mississippi are more likely to see impacts from hail and damaging straight-line winds rather than tornadoes. But tornadoes are still possible.

In all, just over 90 million people could experience severe weather Tuesday.

The region is still reeling from weather that killed two people in Georgia and one person in Tennessee.

A Houston County, Georgia, resident died as a result of the weather that struck Monday, the Houston County Emergency Management Agency said in a news release. The 55-year-old woman was killed by a falling tree.

“When Fire Department crews arrived, they found a large pine tree had fallen into the living room area of the home causing substantial damage to the roof and outer walls. Tragically crews also discovered that Mrs. Carla Harris, 55, was struck by the falling tree and sustained fatal injuries,” according to the news release from the Houston County Emergency Management Agency.

More than 100 miles away, a man in Douglasville, Georgia, was killed after a tree fell on his car as a tornado touched down Monday.

The Douglas County Fire Department responded to reports of a tree on a car with a person inside around 10:36 a.m., according to a news release from county officials.

“When they arrived on the scene, they discovered the driver trapped inside the vehicle with power lines and a tree on the vehicle,” Douglas County communications director Rick Martin said in the release. “Firefighters had to extricate the driver who we are only identifying as a male at this time until next of kin are notified.”

In Weakley County, Tennessee, a 49-year-old woman died when a tree fell on the home where she was sleeping Tuesday morning, according to Dresden Police Chief Christopher Crocker.

Crocker said what appears to be a powerful straight-line wind came through a trailer court around 4 a.m. ET and took down a number of trees. Three mobile homes total were hit, according to Crocker, and there were other victims with minor injuries.

Crocker said there have been no reports of a tornado touchdown, but severe thunderstorms have left behind “extensive damage” such as downed power lines and trees and flipped trailers.

Many states across the Southeast have seen double their normal rainfall over the last month, so even 1 to 2 inches of additional rain could lead to flash flooding.

Flash flooding will be possible across the South thanks to the combination of heavy rainfall and all the rain that has fallen in recent days and weeks. A widespread 1-3 inches of rain is forecast across this region into Tuesday night.

“Large hail, damaging wind gusts and a few tornadoes will be likely along with rainfall rates in excess of an inch per hour,” said the National Weather Service office in Jackson, Mississippi.

Rounds of thunderstorms and rain showers will traverse across the Ohio and Tennessee River Valleys throughout the day Tuesday. Farther south, scattered storms will likely develop midday from eastern Texas through Georgia.

This line of storms should weaken by Wednesday morning as it approaches the East Coast, but isolated severe weather will remain possible. 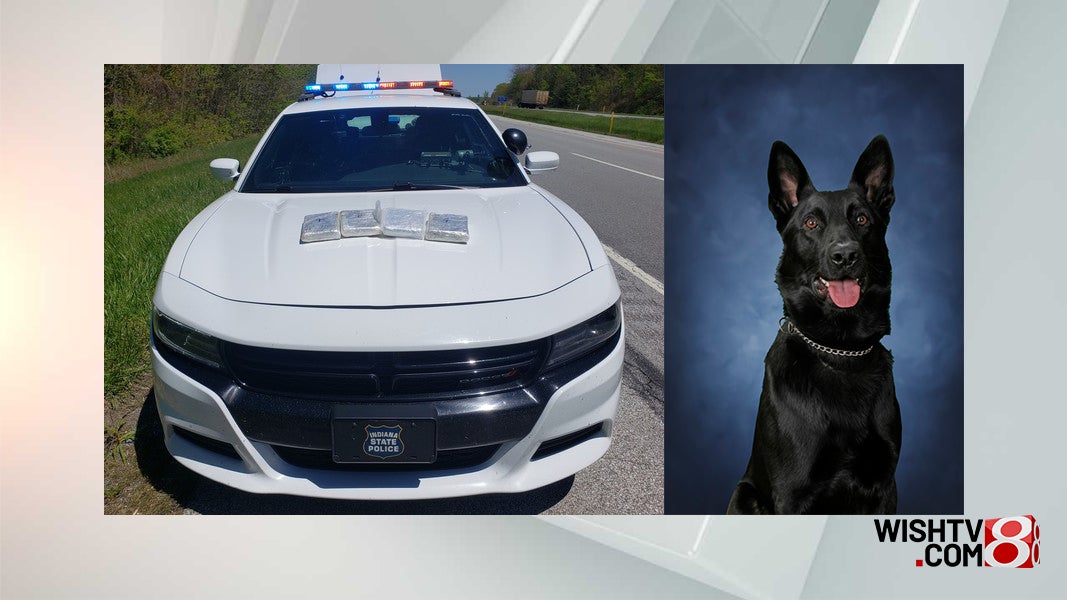