Soggy stretch has spring rain totals back on track 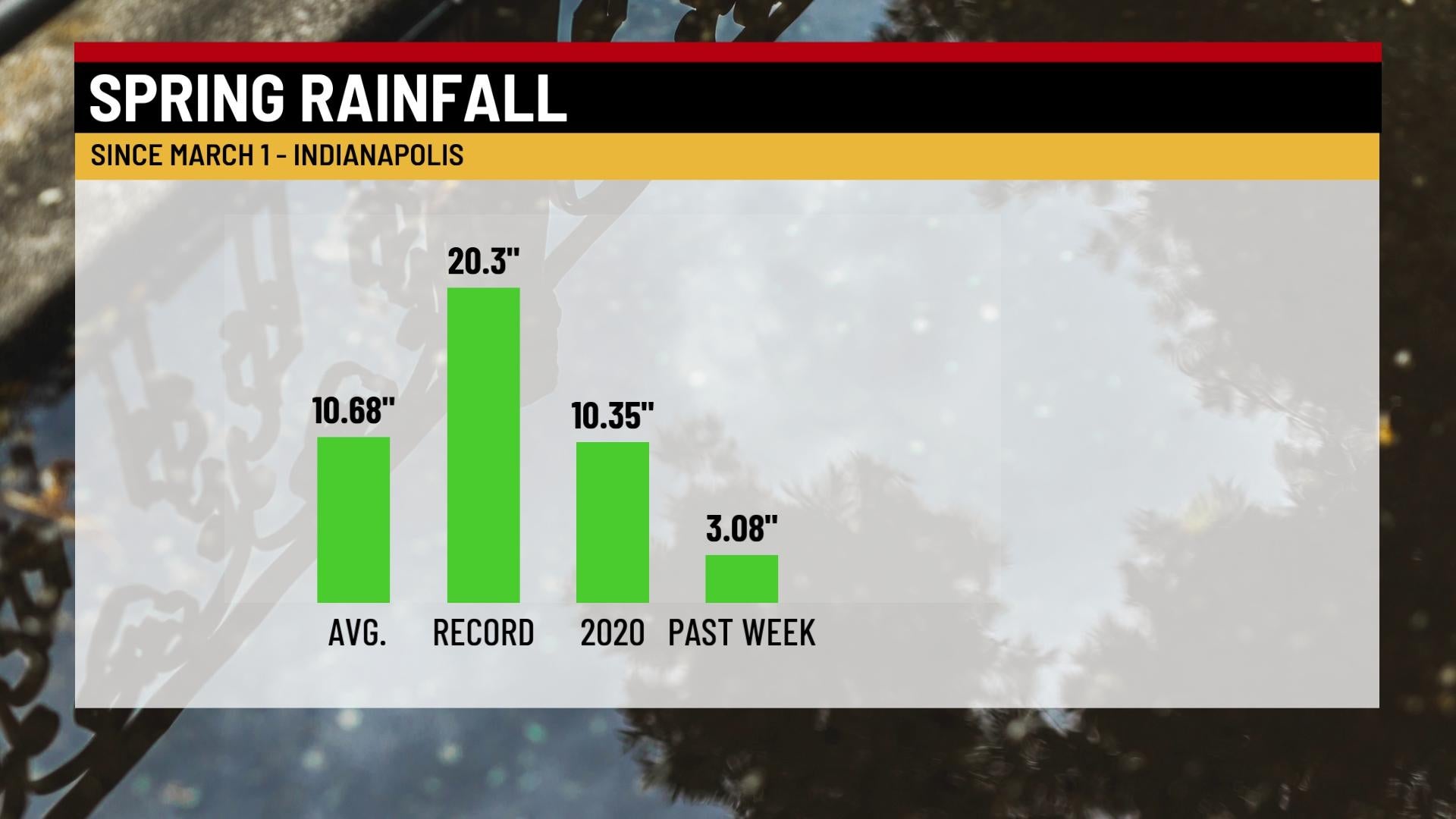 INDIANAPOLIS (WISH) — It’s hard to tell due to the soggy stretch that we’ve had over the last few days, but our Spring has been running a bit dry. Until now.

Since March 1, we’ve picked up just over 10″ of rainfall. That is statistically pretty close to where we should be when compared to the 30 year average (10.68″). What’s interesting is how we got here. Not counting today (Tuesday), over the past week we tacked on nearly 1/3 of our rainfall total for the Spring, which has now put us closer to where we should be.

That said, areas that dealt with flooding issues over the past few days are technically still running drier for the month. In east central Indiana, many areas are running 60-80% of the total average monthly rainfall.

May is typically the wettest month of the year, where we average just over 5″ of rain. It’s also the beginning of our wettest three month stretch, where totals between May and the end of July average to just under 14″.

The lack of rain has been positive for Indiana farmers. So far, over 70% of the corn crop has been planted, and already 30% has emerged. About 50% of soy beans have been planted. Both numbers are above the 5 year average. Compare that to last year, where several days of heavy rain during the early-mid Spring delayed the 2019 plant – only 12% of corn was in the ground, and only 5% of soy beans had been planted.

As temperatures look to warm overall, look for the active weather pattern to continue as well for the end of the month. Both the 6-10 day and the 8-14 day outlook call for higher chances for above average precipitation.