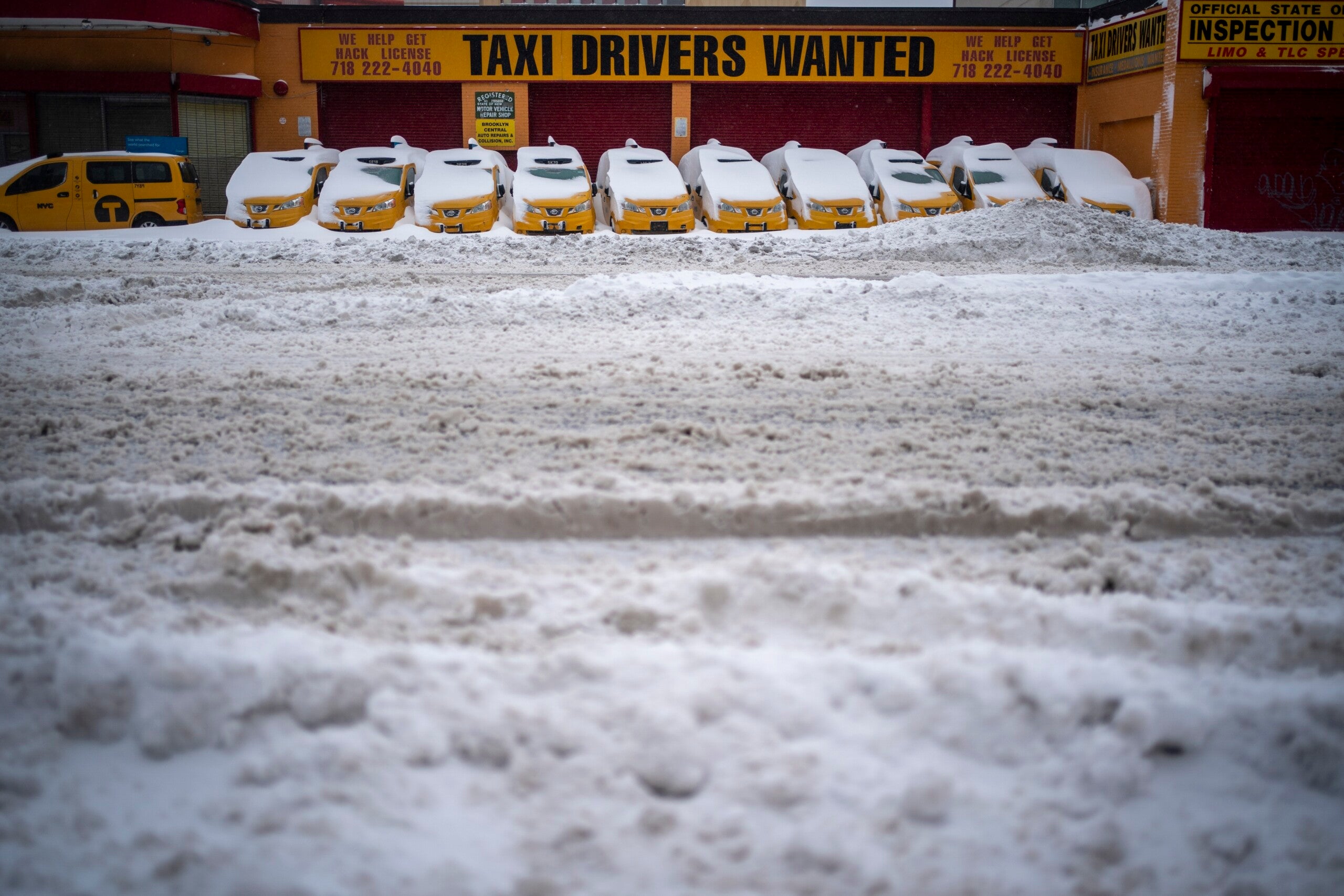 BOSTON (AP) — Parts of northern New England were waiting their turn to be pummeled by a heavy winter storm Tuesday, while residents of the New York City region were digging out from under piles of snow that shut down public transport, canceled flights and closed coronavirus vaccination sites.

The National Weather Service said a foot (31 centimeters) or more could be on the ground in New England by the time the snow finally tapers off in the northernmost states by Wednesday evening.

The sprawling, lumbering storm already walloped the eastern United States on Monday, as the as snow piled up. More than 16 inches (40 centimeters) of snow dropped on Manhattan’s Central Park, and as much as 30 inches (76 centimeters) was reported in northern New Jersey.

The storm already disrupted the second phase of Massachusetts’ vaccine rollout as a Boston site that was supposed to open Monday for residents ages 75 and older did not; some other mass vaccination sites remained open. The state was expected to get 12 to 18 inches (31 to 61 centimeters) of heavy, wet snow and winds up to 55 mph (88 kph) along the coast, according to Gov. Charlie Baker.

In Connecticut, Gov. Ned Lamont said the storm forced the postponement of about 10,000 shots and delayed the state’s weekly resupply of vaccine, now expected Tuesday. He urged providers that called off vaccination appointments to extend their hours if needed to reschedule the shots by the end of the week.

The New Jersey State Police reported as of 7 p.m. Monday, troopers had responded to 661 crashes and come to the aid of 1,050 motorists since 6 p.m. Sunday.

There was also concern about coastal flooding due to the storm. In a video posted on Facebook by Union Beach Police, Keyport Police Chief Shannon Torres and Capt. Michael Ferm were shown rescuing a man who was showing signs of hypothermia in his car from floodwaters.

In Virginia, four firefighters were taken to hospitals with injuries that were not life threatening after their firetruck overturned Sunday on snow-covered roads in Henrico County, The Richmond Times-Dispatch reported.

In Pennsylvania, authorities said a 67-year-old woman with Alzheimer’s disease who reportedly wandered away from her home was found dead of hypothermia on an Allentown street Monday morning. About 60 miles (97 kilometers) north in Plains Township, a shooting after an argument over snow removal killed a married couple, and the suspect was later found dead at his nearby home of a wound believed to have been self-inflicted, officials in Luzerne County said.

A preliminary investigation indicates the people involved had a long-running conflict, but “this morning, the dispute was exacerbated by a disagreement over snow disposal,” District Attorney Stefanie Salavantis said.