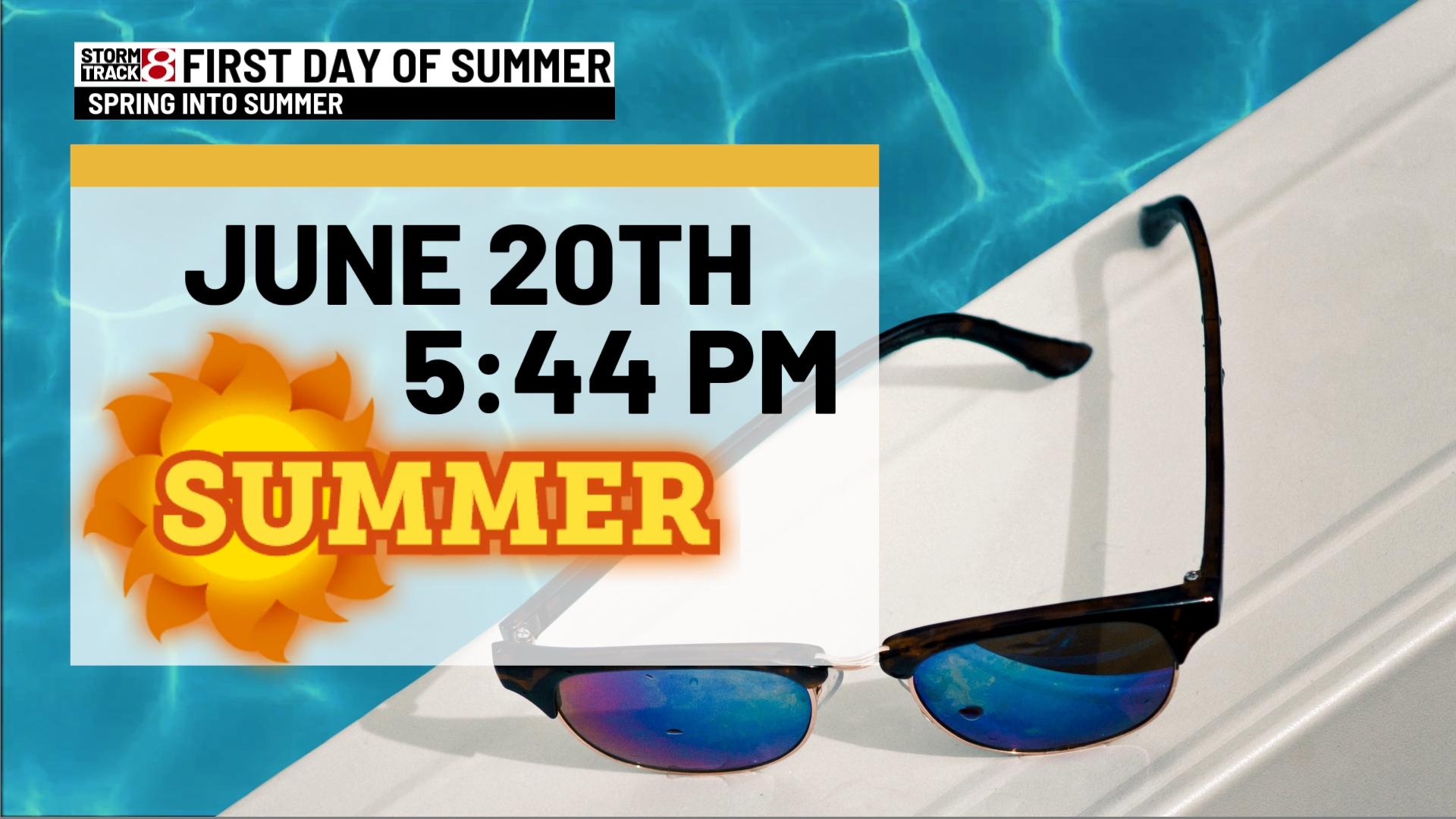 INDIANAPOLIS (WISH) — Even though it has felt a lot like summer for much of June, summer officially begins this weekend.

The Earth is tilted on its axis 23.5 degrees and it’s this tilt that is responsible for our seasons. The sun’s rays will be directed at the Tropic of Cancer in the Northern Hemisphere on Saturday, June 20at 5:44 p.m. It’s at this time summer officially begins. In the Southern Hemisphere, the first day of winter begins.

We’ll experience the longest day and the shortest night. The sun will rise at 6:17 a.m. and set at 9:16 p.m. giving us almost 15 hours of daylight. After this weekend, we’ll slowly begin to lose daylight each day.