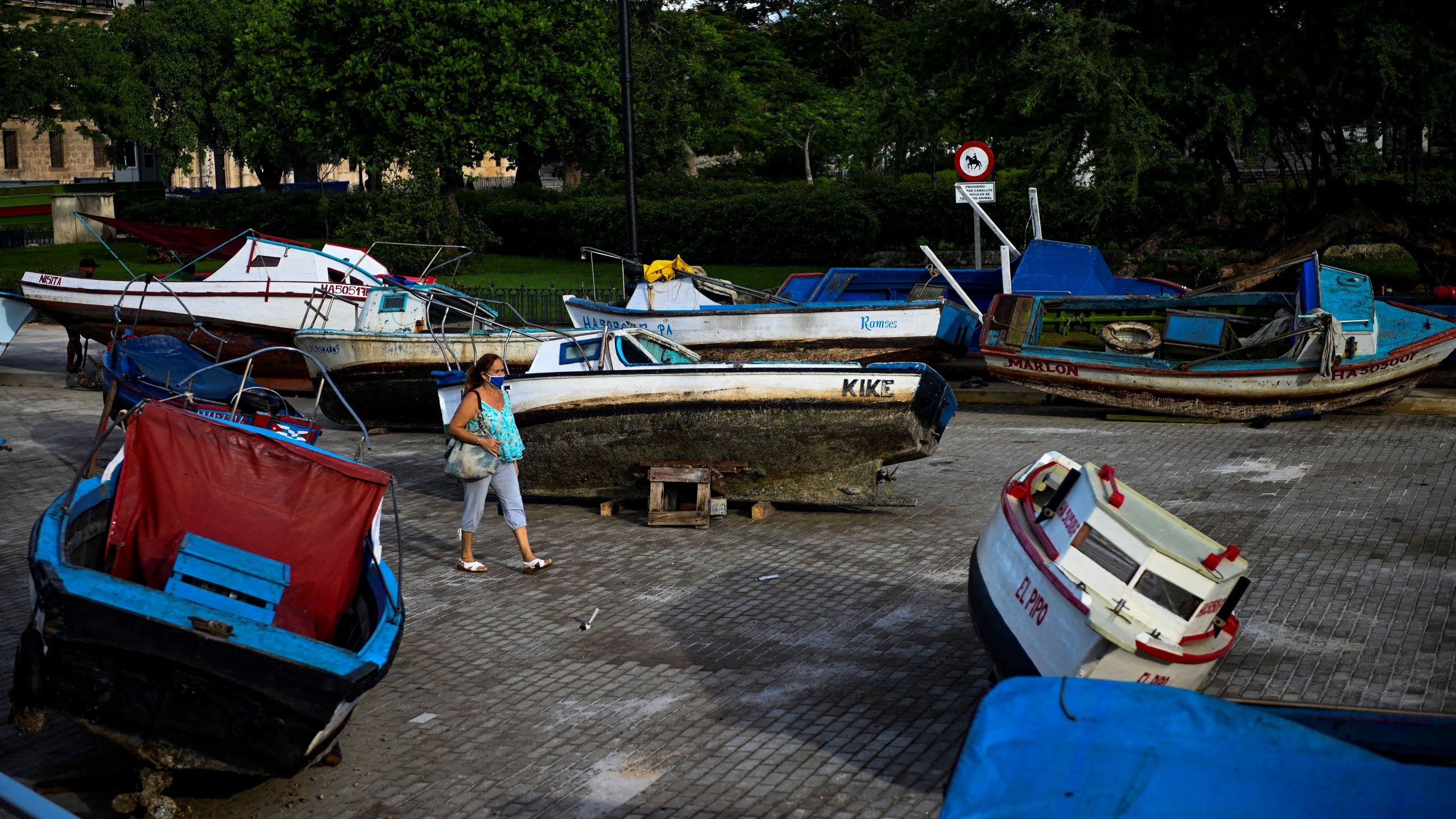 (CNN) — As Tropical Storm Elsa moves over western Cuba, it has weakened slightly, with winds down to 50 mph, according to the 5 p.m. ET advisory from the National Hurricane Center.

Elsa made landfall along the south coast of Cuba with sustained winds of 60 mph, according to the 2 p.m. ET update from the center. The storm, which had winds of 65 mph earlier Monday, is bringing heavy rain to central Cuba, which could lead to significant flash flooding and mudslides.

Elsa will emerge from the northern coast of Cuba into the Gulf of Mexico later this evening, and while environmental conditions are not ideal for significant strengthening, winds are expected to increase to 60-65 mph on Tuesday as the storm moves northward off the west coast of Florida.

Elsa will bring heavy rain, gusty winds and increased surf to much of Florida even as it remains offshore on Tuesday. Landfall is expected near Cedar Key on Wednesday morning.

Elsa was the first hurricane of the 2021 Atlantic season and is the third named storm to pose a threat to the US coast.

Elsa has moved westward, prompting governments to drop advisories for eastern Cuba and Jamaica, according to the National Hurricane Center. But now the Cuban provinces of Matanzas and Cienfuegos are under a hurricane warning, and a hurricane watch has been issued for the province of Camaguey.

Jamaica is expected to see additional rainfall amounts of 2 to 4 inches, making storm totals up to 15 inches in some locations. Scattered flash flooding and mudslides could be significant across the island. The Cayman Islands can expect up to 5 inches of rainfall, which may lead to some areas of flash flooding.

Officials in Surfside, Florida, have been keeping a close eye on the storm as search and rescue teams scour debris from the the collapse of the Champlain Towers South condo for survivors and remains.

The part of the building still standing was demolished late Sunday night, a move that was hastened by fears that a storm could cause the remains to crumble and put rescue teams at risk.

A “marginal” level 1 out of 5 risk for severe storms has been issued for southern Florida, including Surfside, CNN meteorologist Haley Brink said.

The main threat for severe storms will be Monday afternoon into the evening hours. Threats include lightning, bouts of heavy rainfall at times and strong, gusty winds. An isolated tornado or waterspout cannot be ruled out.

The storm will begin to shift direction Tuesday, heading north-northeast into the Florida Peninsula. Some restrengthening is possible as it impacts the west coast of the state with rain, high surf and possible tornadoes.

Earlier Monday, the storm was forecast to make landfall on the Florida Peninsula north of Tampa Bay, around Cedar Key.

President Joe Biden has approved an Emergency Declaration for Florida as the storm approaches.

The declaration, which began Sunday, authorizes the Federal Emergency Management Agency to coordinate all disaster relief efforts in 15 counties in southern Florida.

Tropical storm warnings are in effect up the west coast of Florida, from Flamingo in the Everglades to Englewood, which is north of Fort Myers, and in the Florida Keys from Craig Key westward to the Dry Tortugas, according to the NHC.

By early Wednesday, the storm is on track to brush the Pinellas Peninsula and impact the St. Petersburg and Tampa Bay region as a tropical storm.

By Wednesday morning, Elsa will likely make landfall on the Florida Peninsula north of Tampa Bay, around Cedar Key.

More than 4 inches of rain could fall near parts of the west coast between Monday night and Wednesday. There is also the risk for brief, spin-up tornadoes and strong, gusty winds, which could cause some power outages in addition to up to 4 feet of storm surge, Brink said.

Elsa will then likely head into Georgia and the Carolinas before exiting back into the Atlantic as a tropical depression Thursday afternoon.

Damage and deaths reported in the Caribbean

By early Monday, three deaths had been linked to the storm.

One person died on the island of St. Lucia and two in the Dominican Republic, authorities said.

Heavy winds from Elsa caused walls to collapse in Bahoruco, killing a 15-year-old, and in Bani, killing a 75-year-old, the center reported.

There were no reports of loss of life or major injuries in Barbados after then-Hurricane Elsa passed through Friday, according to Prime Minister Mia Amor Mottley, speaking at a news conference Saturday.

“It could have been far worse, but it was bad enough, and certainly one of the more challenging events we’ve had to deal with in recent times with respect to climate,” the prime minster said.