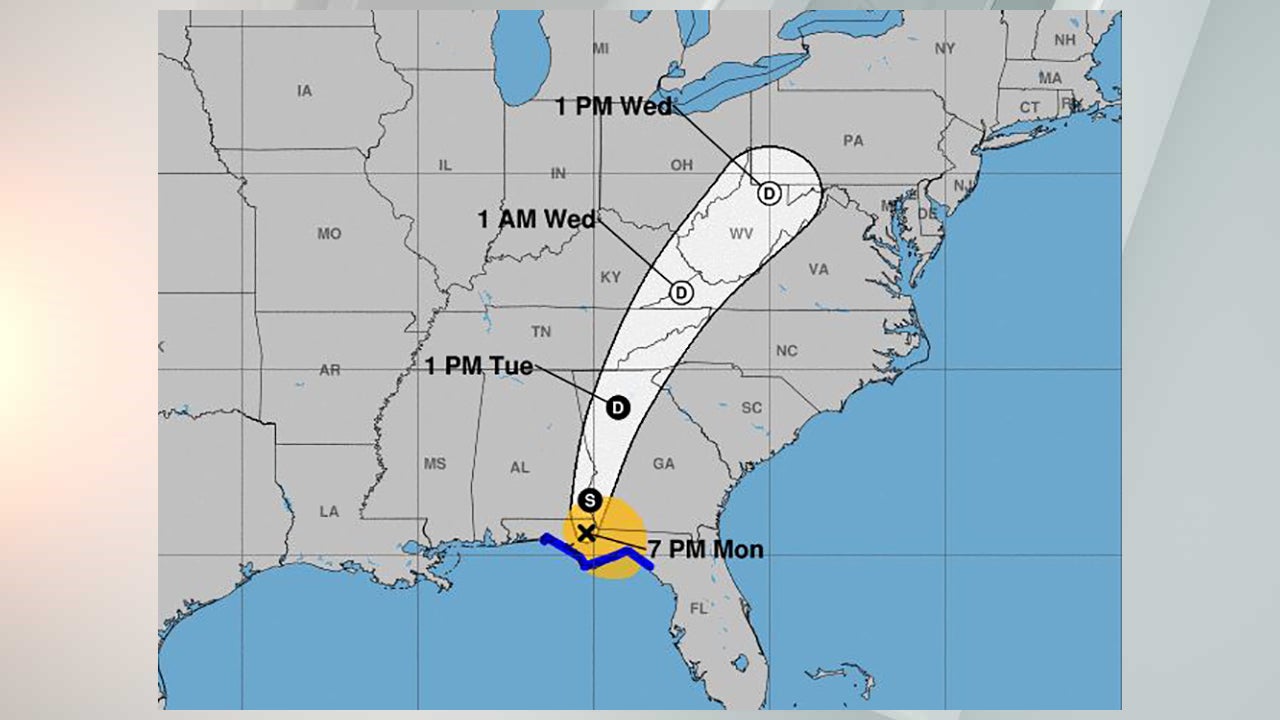 By 5 p.m., Fred was about 25 miles northwest of Apalachicola, moving inland at 9 mph. Its maximum sustained winds were about 60 mph.

Fred is expected to bring dangerous storm surge, river flooding and possible tornadoes along the US coast, but the storm itself will quickly weaken after landfall, according to the NHC.

Fred is one of three Atlantic storms currently being monitored by the NHC.

Tropical Depression Grace is headed toward Haiti, and Tropical Storm Henri formed Monday out of the eighth depression of the season. This is the fourth-earliest on record for an eighth storm to be named in a season. Only 1936, 2005 and 2020 had earlier dates.

Henri was about 145 miles southeast of Bermuda, moving at 7 mph, with maximum sustained winds of 40 mph.

A tropical storm warning for Fred is in effect for the coast of the Florida Panhandle from the Okaloosa/Walton County line to the Steinhatchee River. An earlier warning to the west of the county line has been discontinued.

Schools in Bay County, Okaloosa County, Walton County and Santa Rosa County announced all classes were canceled, as were after school activities.

Classes are expected to resume Tuesday, according to posts on each school district’s website.

The storm is expected to bring isolated maximum rainfall totals of 12 inches to the Florida Big Bend and Panhandle through Tuesday, according to the NHC. And heavy rainfall can be expected through parts of southeast Alabama, portions of Georgia and the western Carolinas.

Storm surge is forecast to be highest from Indian Pass to the Steinhatchee River in Florida where a surge of 3 to 5 feet is possible. A storm surge of 1 to 3 feet is forecast Monday from the Alabama-Florida border to Indian Pass, including Pensacola Bay, Choctawhatchee Bay and Saint Andrew Bay.

Tornadoes are also a threat as the storm begins to move ashore. A tornado watch covers portions of Florida, Georgia and Alabama.

“As Tropical Storm Fred approaches landfall on the FL Panhandle coastline, the threat for a few tornadoes will increase with supercells moving inland in northeastern and eastern sectors of the circulation,” the Storm Prediction Center said.

Grace weakened from a storm to a tropical depression Sunday, with maximum sustained winds of 35 mph, but it is expected to strengthen to a storm again by Tuesday.

A tropical storm warning is in effect for some parts of the southern coast of Cuba, including Santiago de Cuba, and for the Cayman Islands, the National Hurricane Center said.

A tropical storm watch is in effect for the entire coast of Haiti and for Jamaica and some of Cuba’s southern coast.

The storm watch for the Dominican Republic has been discontinued.

The forecast from the National Hurricane Center has Grace traveling along the southern coast of Hispaniola on Monday and between Cuba and Jamaica on Tuesday, when forecasters expect it to strengthen into a storm.

The center of the storm may pass just south or directly over where the earthquake struck Haiti. Either way, there will be impacts that can hamper aid and rescue efforts. Gusty winds and heavy rain are the main threats associated with this storm for Haiti.

Grace is forecast to bring flooding rainfall amounts to Haiti and the Dominican Republic. Widespread rainfall of 5 to 10 inches is forecast, with isolated amounts of up to 15 inches that could also lead to flash flooding and mudslides on Monday and Tuesday.

Grace could strengthen to “near hurricane strength” after passing Hispaniola, the NHC said. The NHC currently has the storm tracking south of Cuba and toward the Yucatan Peninsula toward the end of the week.