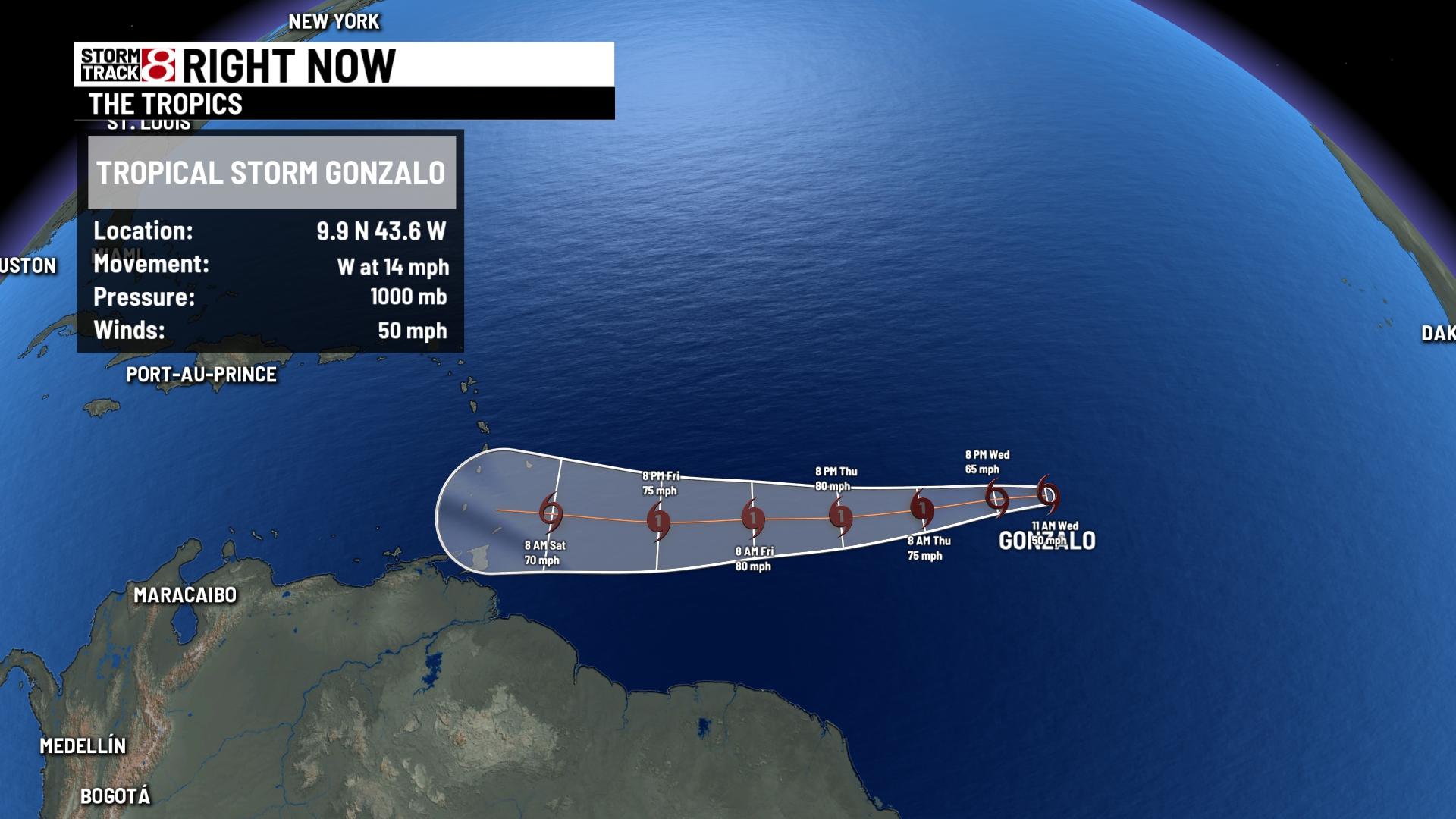 INDIANAPOLIS (WISH) — Tropical Storm Gonzalo is in the middle of the Atlantic right now. It is continuing to strengthen and may become a category one hurricane by Thursday. It’s expected to continue to move westward and Lesser Antilles by the weekend.

The normal Atlantic Hurricane Season begins June 1 and lasts through November 30. However this season has been off to a fast start. The first named storm Arthur, formed on May 16.

Gonzalo has set a new record for the earliest 7th named storm. It formed two days before Tropical Storm Gert did in 2005.

The 3rd, 4th, 5th and 6th named storms this season also set records for being the earliest named storms on record.

There’s another batch of thunderstorms in the Gulf of Mexico the National Hurricane Center is watching. This one could become Tropical Storm Hanna if it continues to develop.