Tropical storm watches issued ahead of what could become Fred 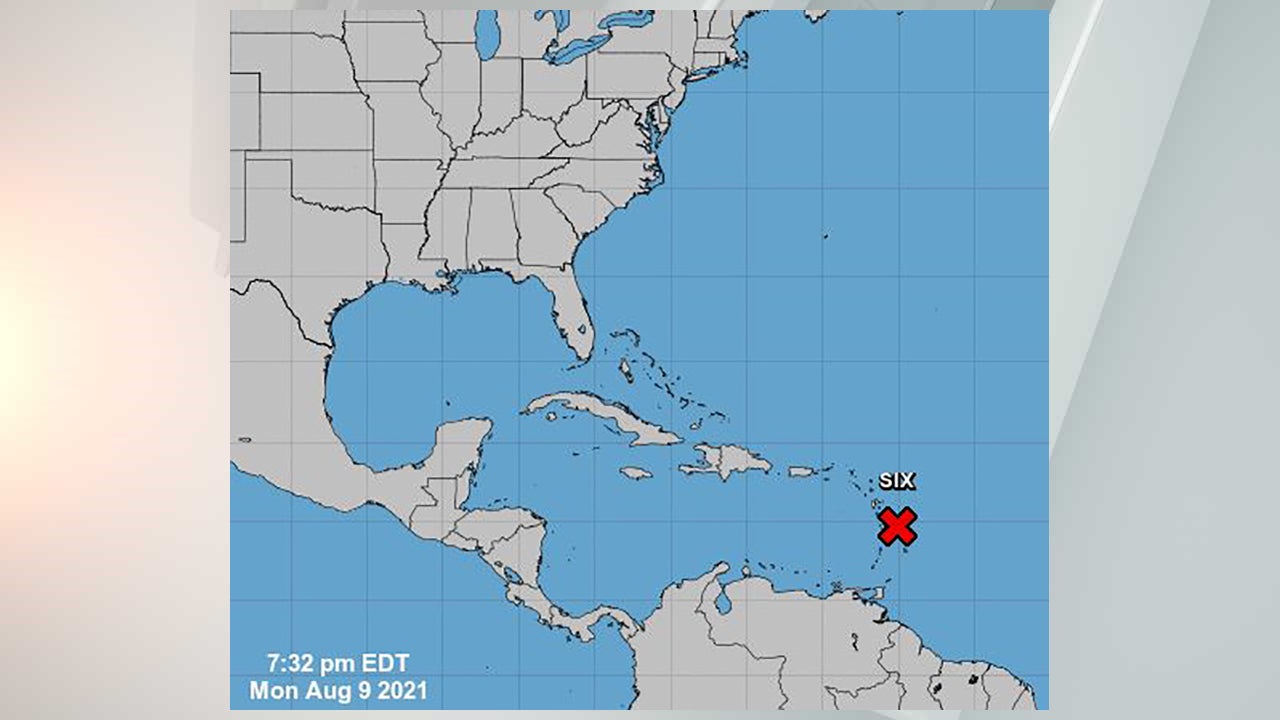 (CNN) — The tropics are waking back up this week.

The first named tropical system in the Atlantic since early July could form by Tuesday, and tropical storm watches were issued for Puerto Rico and the U.S. Virgin Islands Monday afternoon.

The storm is being called Potential Tropical Cyclone Six by the National Hurricane Center and could be given the name Fred overnight Monday night into Tuesday. This would be the sixth named storm of the season.

The cyclone was located about 165 miles east southeast of Dominca and is moving is moving 15 mph to the west northwest.

As the low-pressure system makes its way toward the Caribbean, the conditions will become increasingly conducive for formation. Warm sea surface temperatures in the region will feed the disturbance and allow it to strengthen.

“The system could reach tropical storm strength before it reaches the Virgin Islands and Puerto Rico tomorrow. Even if this system doesn’t develop into a storm, it will likely bring flooding. Flash flood watches cover all of Puerto Rico and the Virgin Islands where 2-3 inches of rain, with locally higher amounts, is expected,” said CNN meteorologist Dave Hennen.

“The disturbance is forecast to reach portions of the Lesser Antilles tonight, then move near the Virgin Islands and Puerto Rico on Tuesday, and be near Hispaniola around the middle of this week,” said the hurricane center.

Land interaction in the Caribbean could help weaken the system upon its approach to the Gulf of Mexico. Any impacts on the United States from the disturbance would occur over the weekend.

Computer models are showing conflicting information about the ultimate path where the storm is heading. Some models are showing the system moving north of Cuba over warmer water, while others show the storm passing over more land masses as it makes its way through the Caribbean.

This early in a storm’s formation can make it difficult for forecasters to pinpoint the track of the storm.

“Exactly where the center forms will have some downstream implications on the exact forecast track, especially across the eastern Caribbean,” the hurricane center said.