Warm June so far despite no 90s 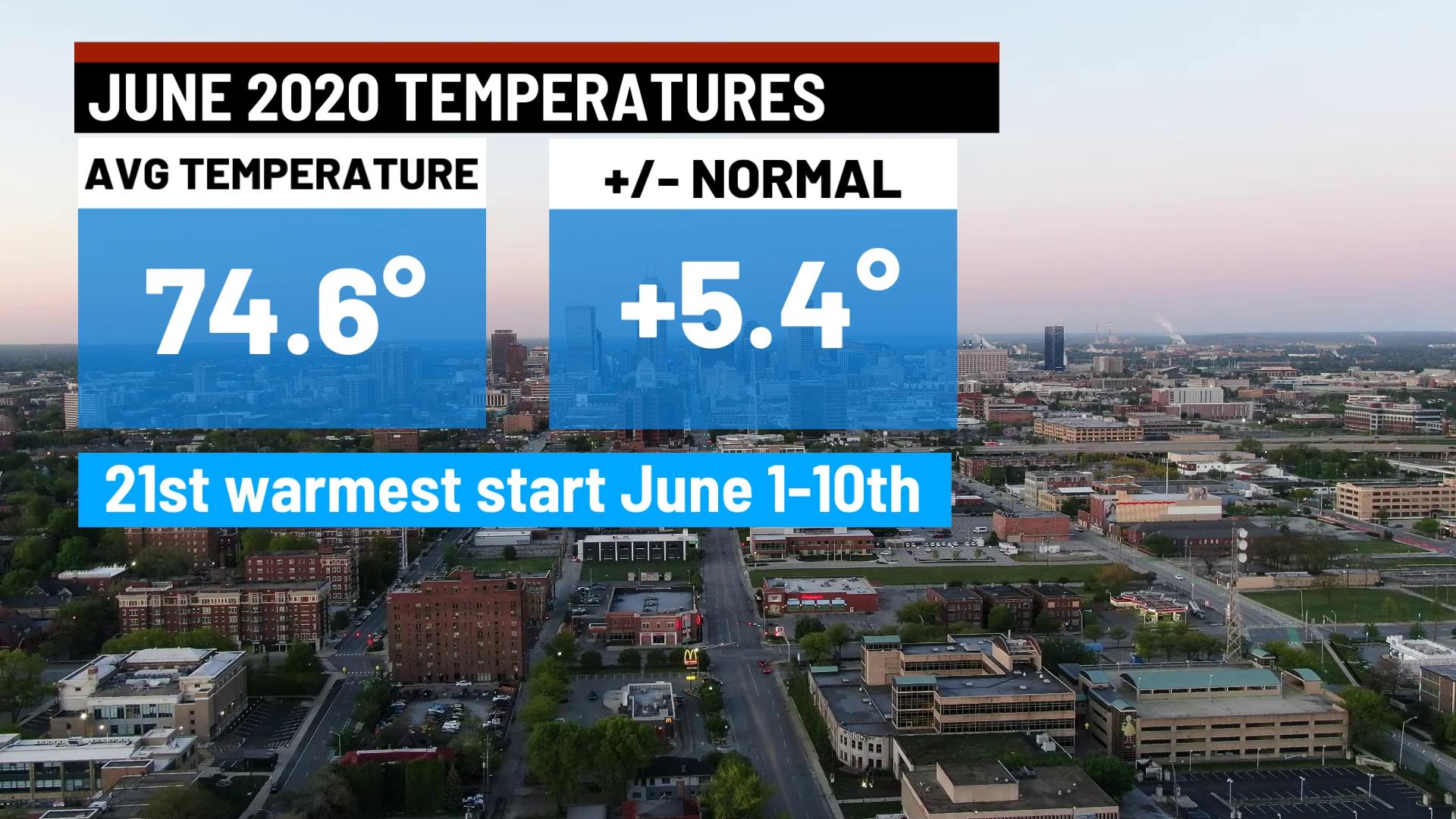 INDIANAPOLIS (WISH) — Despite the high heat and humidity for the last few days we still haven’t hit 90 degrees yet in Indianapolis. Other locations outside of the official reporting site in Indianapolis have reached 90.

In the first 10 days of the month, only June 1st had a high temperature below normal. That high was 75. The highest the mercury has hit so far was 89 on June 6.

The average temperature for the month so far is 74.6 degrees which is a little more than five degrees above normal. This is the 21st warmest start to June on record.