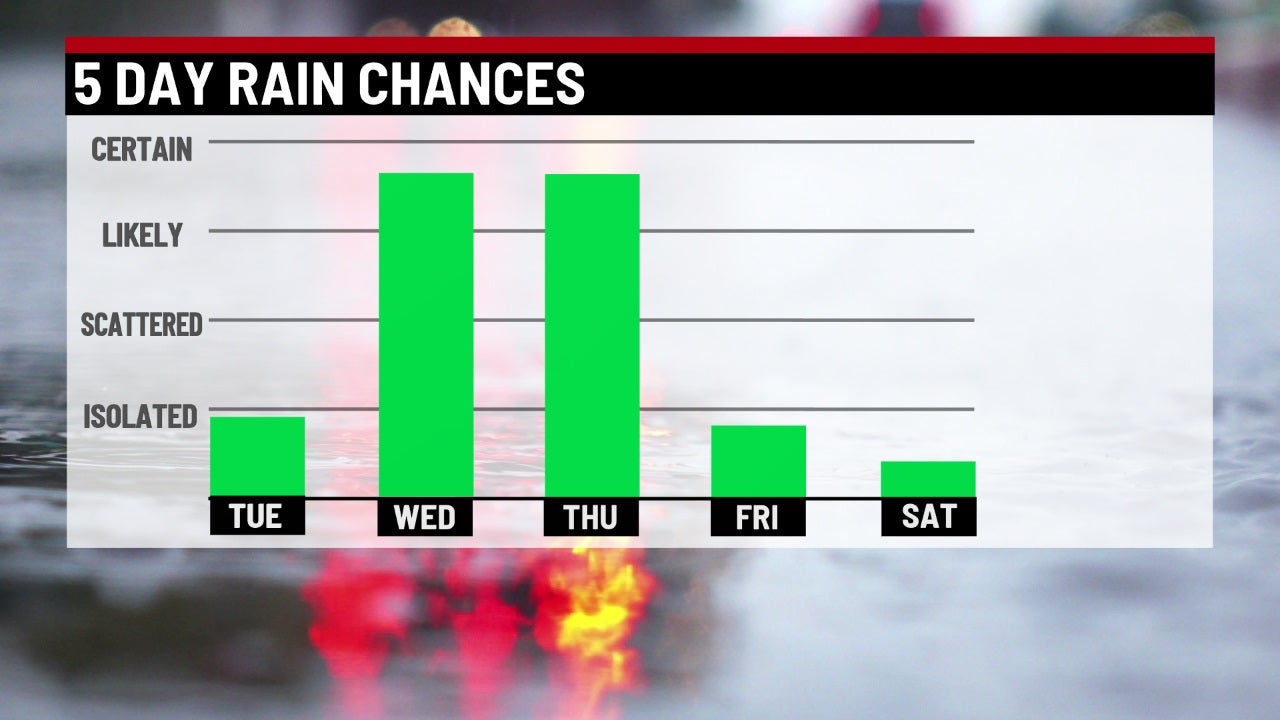 INDIANAPOLIS (WISH) — After a mild start to the work week, we’ll start to feel the cooler air marching in as we wrap up the month.

Clouds slowly increase ahead of a front that moves through on Tuesday. Temperatures won’t likely be as chilly overnight as they were Monday morning. Lows fall to the upper 40s and lower 50s.

Weak cold front pushes through. We should stay dry, but expect more cloud cover and as a result, cooler temperatures for the afternoon hours. Highs top out in the upper 50s.

A more potent system rolls in for Wednesday and Thursday. Scattered showers start for Wednesday afternoon. A few storms that develop could be severe – especially for southern portions of the state. Damaging wind will be the primary concern.

Next wave will push through on Thursday, which should bring a round of steady rain, followed by gusty winds and much colder temperatures to follow. An additional 1″-2″ of new rainfall is possible for Thursday.

Coldest air of the season settles in starting Friday. Can’t rule out a few light snow showers mixing with rain Friday morning – but no threat for accumulation. Temperatures likely fall below freezing area wide Saturday morning, which will bring an end to the growing season. Highs only hit the middle and upper 40s for the weekend, before rebounding to the 50s early next week.