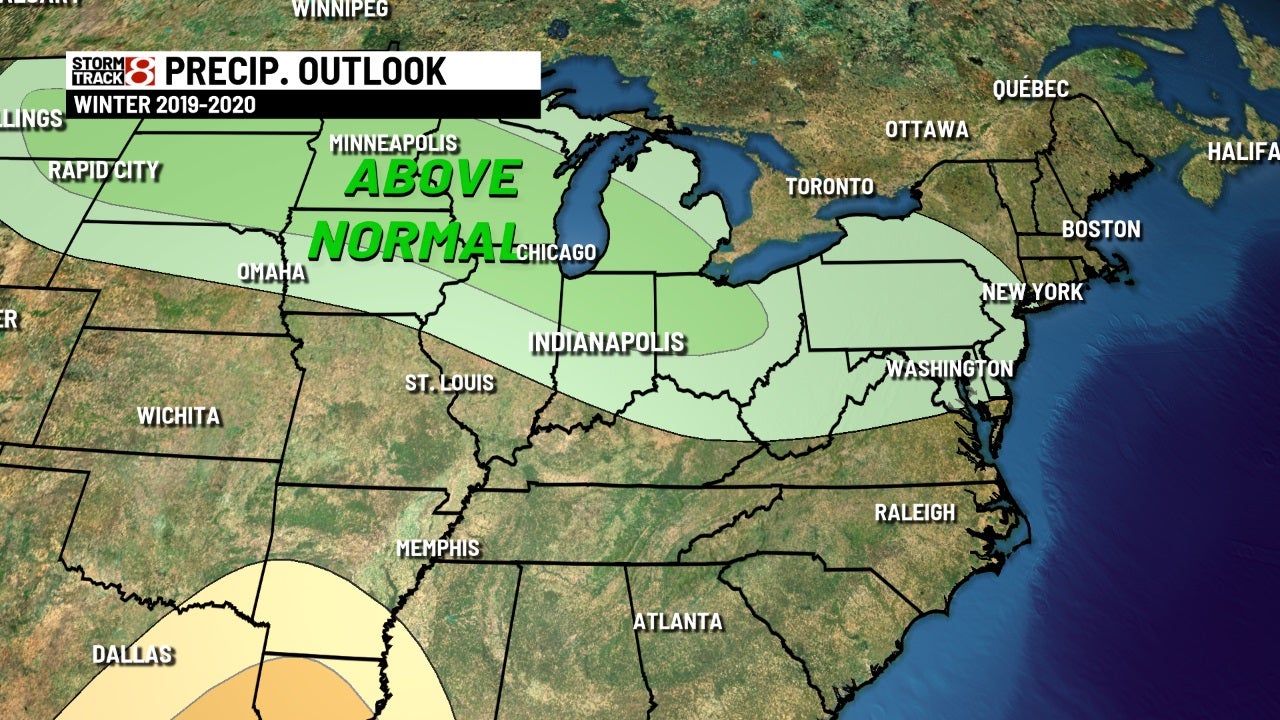 INDIANAPOLIS (WISH) — It’s more than a month before winter officially begins, but we have an idea of what the weather may bring for the 2019-2020 season.

The National Weather Service has issued its winter weather outlook including precipitation and temperature forecasts for the months of December, January and February.

The El Niño Southern Oscillation pattern often influences the winter forecasting but this year the pattern will stay neutral until spring. This allows for other climate patterns like the Arctic Oscillation (AO) and Madden-Julian Oscillation to play a larger role in forecasting winter weather. The AO is a climate pattern of winds circulating around the Arctic. This influences the likelihood of colder air masses flowing into the U.S.

As for temperatures, it looks like much of the western, southern and eastern U.S. will see above-normal readings. While the northern tier including Indiana will see near-normal temperatures.

Much of the U.S. may see above-normal temperatures, and it looks like we may see a wetter-than-average winter. The normal winter snowfall for Indianapolis is about 26 inches.