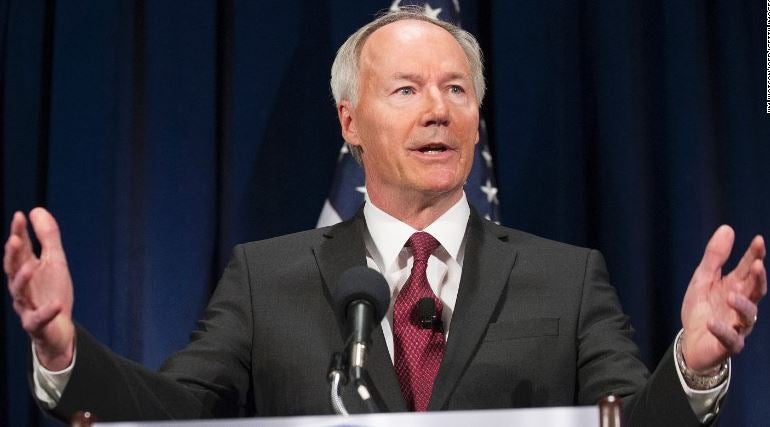 The Republican governor said he wants changes to the bill lawmakers sent him prohibiting state and local government from infringing upon someone’s religious beliefs without a compelling interest. Hutchinson said he wants the Legislature to either recall the bill or pass a follow-up measure to make the proposal more closely mirror a 1993 federal religious freedom law.

Hutchinson had initially supported the bill and on Tuesday his office had said he planned to sign it into law.

The move comes after Indiana Gov. Mike Pence signed a similar measure into law last week. Pence this week said he wants follow-up legislation to address concerns that the law allows businesses to discriminate based on sexual orientation.

Similar proposals have been introduced in more than a dozen states, patterned after the federal Religious Freedom Restoration Act of 1993. Nineteen other states have similar laws on the books.

Echoing the reaction to Indiana’s law, Hutchinson has faced pressure from the state’s top employers, including retail giant Wal-Mart, which complained that the measure was discriminatory and would stifle economic development. Little Rock’s mayor, the city’s Chamber of Commerce and Arkansas-based data services company Acxiom all urged the governor to reject the measure in recent days.