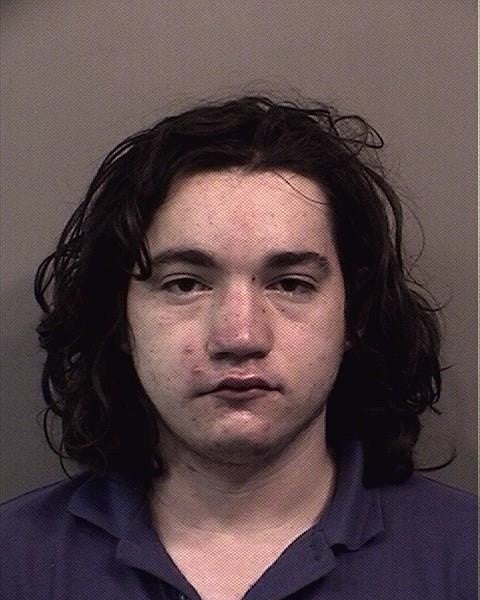 FRANKLIN, Ind. (WISH) — The grandmother of a six-month-old baby found dead in Johnson County said the charges against the father are not enough.

The baby was found unresponsive at an apartment in the 2000 block of Franklin Cove Court on Sep. 3.

Danielle Anderson told 24-Hour News 8 she wants justice for her granddaughter after the father admitted to the crime.

Anderson is overwhelmed with grief and emotion just hours after burying her granddaughter Felicity on Monday afternoon.

“She was so good. She was beautiful. She was loved by everyone except for her father, I guess,’ said Anderson.

The baby’s father Christopher Michael Potts, 20, has been charged with battery resulting in death to a person less than 14 years of age.

According to court documents, Potts initially told investigators he dropped his daughter in the crib.

At one point he checked on Felicity, only to find her not breathing, her lips blue and formula coming out of her nose and mouth.

“I saw no remorse in his eyes and I believe that God will deal with him,” said Anderson.

Court documents revealed the severity of her injuries. The coroner’s office told investigators that the baby had contusions to the right side of her face and hemorrhages to the bridge of the nose and forehead.

Her skull was also fractured to the back of her head. The preliminary cause of death was listed as homicide by blunt force trauma, according to documents.

“The father can’t (hurt her), the mother can’t hurt her,” said Anderson. “She’s in heaven now. She’s in no more pain.”

Detectives questioned Potts, referred to by his middle name in court documents, for hours.

“Michael was asked, “Did you throw Felicity on the bed because you were angry?” and Michael replied with a head nod,” documents stated.

“Michael was further asked, “How hard do you think you threw her on the bed?” and he replied “Too hard,” documents stated.

The detective went and said, “I asked if he threw her down rather than drop her and he shook his head up and down in an affirmative motion. Michael began to cry and was visibly upset.”

24-Hour News 8 contacted the Potts family for a comment, but a family spokesperson told us they had no comment until the baby’s toxicology results come back.