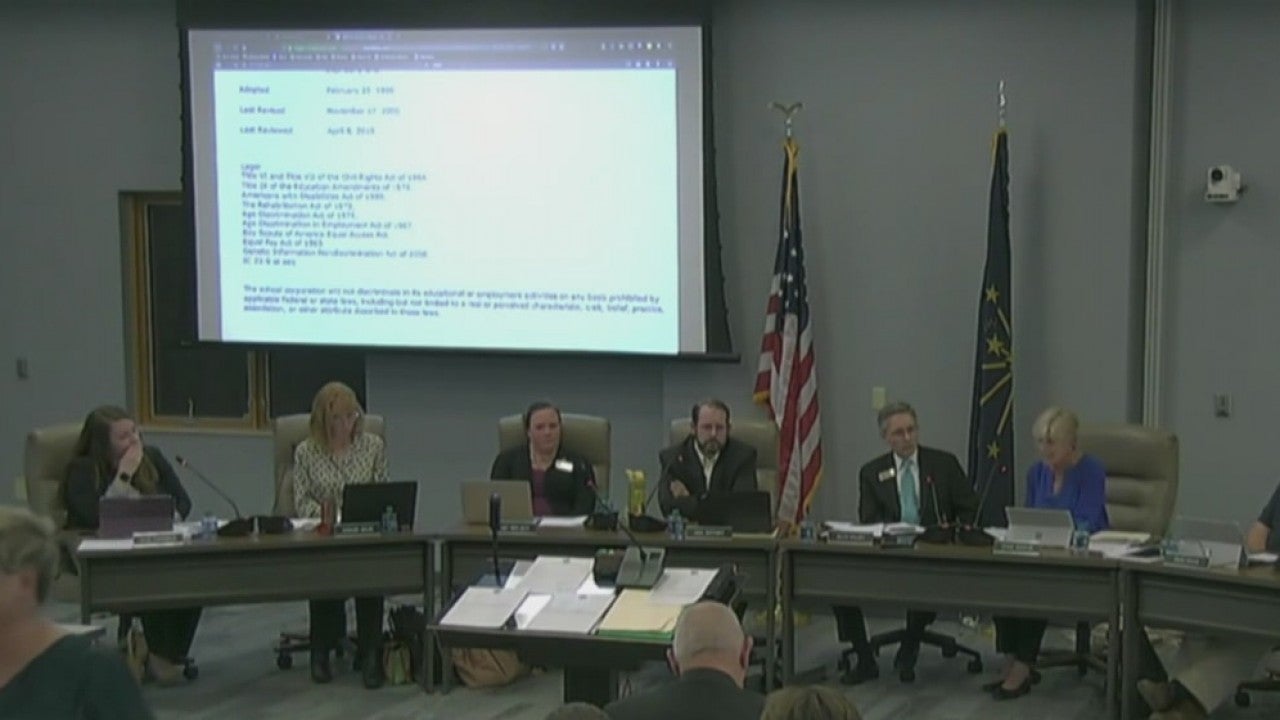 FISHERS, Ind. (WISH) — Many people in Fishers are hoping a new proposed nondiscrimination policy for Hamilton Southeastern Schools will provide more protection and settle the waters.

A vote on the previous proposed policy caused quite a bit of controversy.

A lot of changes were made in the latest proposal, changes that adds specific groups.

While some feel the proposal is much closer to being considered “inclusive,” others said, by adding the groups, it will only cause more issues in the future.

After a tense meeting between school board members and the public on April 24, the school board changed its proposed nondiscrimination policy. The new language included race, religion and color. It also included sex, sexual orientation and gender nonconformity.

“‘Gender nonconformity’ does not include transgender students but ‘gender identity’ does. So, that is really why we would just like that one word changed,” said Jaimie Cairns,creator of HSEqual.

HSEqual is a Facebook group created after the April meeting. It’s a group of parents, students and community members who are in support of “inclusivity.”

“HSEqual has had some concerns about other imperfect language in the policy, but if they could change that one word, we would be supportive of it,” Cairns said.

While HSEqual and similar groups say the newly proposed policy is moving closer to their goals of protection, other people said they feel this will only cause more headaches moving forward.

“I think the policy should be kept broad because otherwise they will name groups and they will miss somebody. A new hate group will pop up, and it will be a case of, ‘Gee, you didn’t include them, but they are just as hateful,” said Fishers resident Peter Knight. “I mean hate takes all kinds of forms and if you omit some particular group, then apparently they escape the clause or the legislation.”

There is a common thread between community members and officials in wanting students to feel safe at school. The question is how to make sure the language supports everyone.

Fishers Mayor Scott Fadness said, “I think there are generational components of this that come up. Certainly, it has solicited a conversation in our community, and I think an appropriate one to talk about, how we become more inclusive.”

Hamilton Southeastern School Board members did not reply to requests to comment for this story.

The paragraph in the new policy that discusses groups says it will protect against discrimination of “race, color, religion, sex, sexual orientation, gender nonconformity, national origin, age or disability. This includes but is not limited to a characteristic, trait, belief, practice, association or other attribute. “

The school board will vote on the new proposal during its meeting at 7 p.m. Wednesday night in the Board Room of Hamilton Southeastern Schools Central Office, 13485 Cumberland Road.