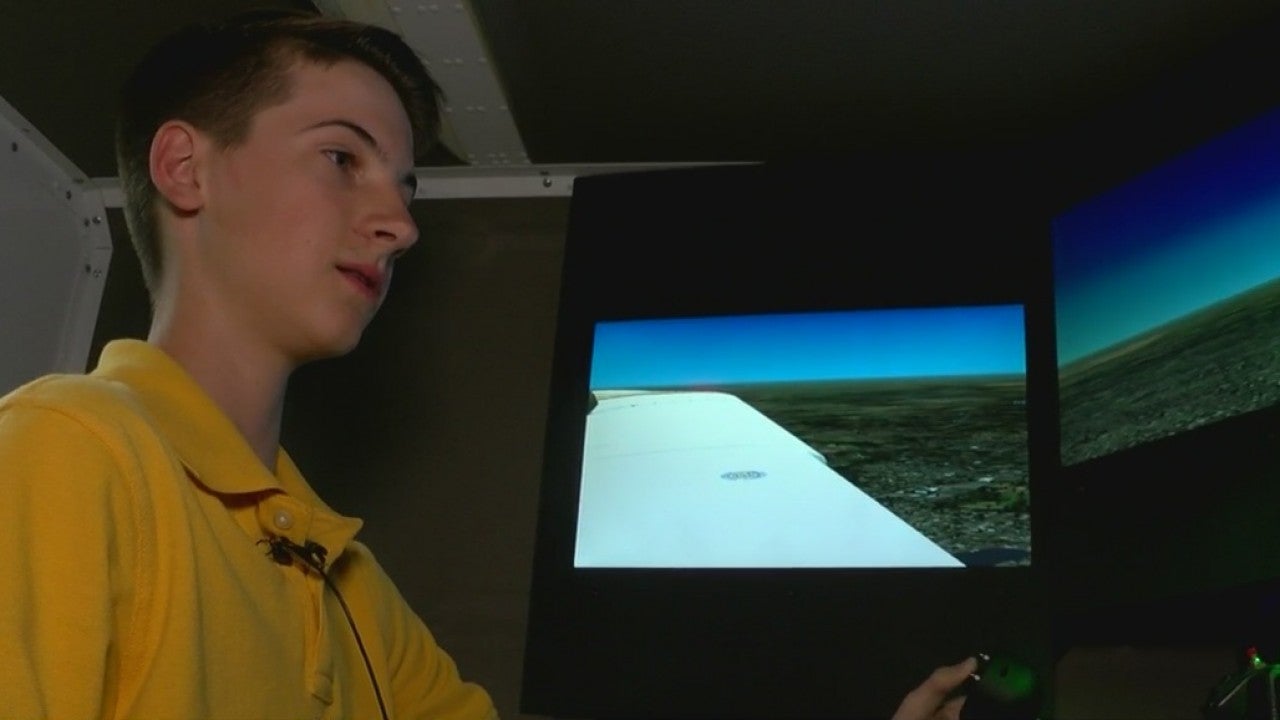 INDIANAPOLIS (WISH) — Many students from across central Indiana woke up Sunday morning in an airport hangar at the Vincennes Aviation Technology Center.

It was all part of the inaugural “Night at the Hangar” event hosted by the ACE Academy of Indianapolis.

“We get students excited about jobs in the field of aviation through hands-on activities,” said Captain Ryan Lynch, founder of the NAYR Foundation and ACE Academy.

Lynch is a commercial pilot for Republic Airways but founded ACE Academy as a way to give students an opportunity to learn about careers in Science, Technology, Engineering, Math (STEM).

“We know kids love sleepovers so we thought why not give students the opportunity to spend the night in a hangar and get extra time in the flight simulators,” Lynch said.

Some students were so excited throughout the night, they said they didn’t get much sleep.

“I stayed up most of the night so I could just get more practice,” said student Jecinta Richards.

Richards graduates high school this year and has already decided she wants to be a corporate pilot.

“This program has changed my life. I used to like planes but now I love them,” said student Kristofer Fedje.

He’s been part of ACE Academy for four years and was excited about the
“Night at the Hangar” event.

Kristofer’s mother, Jean Fedje, says she knew early on her son had this passion.

“We travel to airports just so Kristofer can watch planes take off. One of his teachers told us about this program and Ryan Lynch and of course we wanted to get him involved,” said Jean as she was picking her son up.