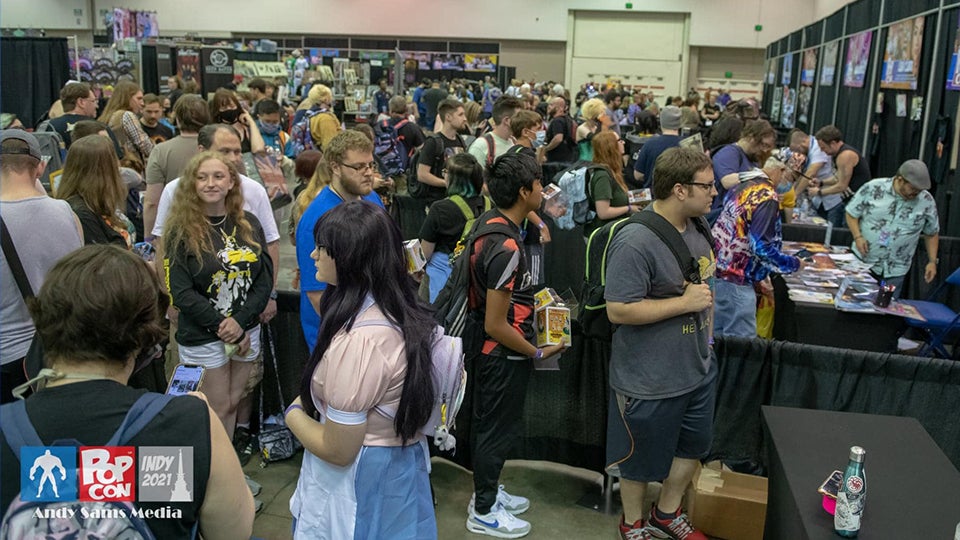 INDIANAPOLIS (Inside INdiana Business) — Approximately 30,000 people are expected to attend the ninth Indy Pop Con at the Indiana Convention Center in downtown Indianapolis this weekend. The three day event, which kicks off today, features celebrity guests, including actors, YouTubers and comic book artists, as well as an international film festival, a cosplay championship and video game tournaments. But co-founder Carl Doninger is looking to the future, and for him, that means more events in more cities.

In an interview with Inside INdiana Business, Doninger said expansion is what will make Pop Con “truly thrive,” but branding is a key element.

“When somebody first hears of Pop Con, they don’t necessarily know that that means, so it’s a constant education,” Doninger said. “We want to be an international brand and it’s constantly putting on our hat to make sure that people understand what Pop Con is and how we differentiate ourselves within our own industry.”

Indy Pop Con was canceled in 2020 due to the pandemic, but saw a major rebound with last year’s event, which took place shortly after the majority of COVID-related restrictions were lifted. About 26,000 people attended the 2021 Pop Con, which Doninger attributes to people wanting to finally get out and do something fun.

Doninger says creating Pop Con’s own infrastructure is a key element to expansion and last year’s event created a solid footing from which they can grow.

“Coming out of COVID, we had to make some smarter business decisions to hold onto more of our assets in order to build back up to pre-COVID again. So, hopefully, this weekend is another step in that direction.”

While there is no timeline for a potential expansion, Doninger says his team does plan on looking at additional markets for more events. However, he credits the atmosphere in central Indiana for the Indy convention’s success.

You can learn more about Indy Pop Con by clicking here.