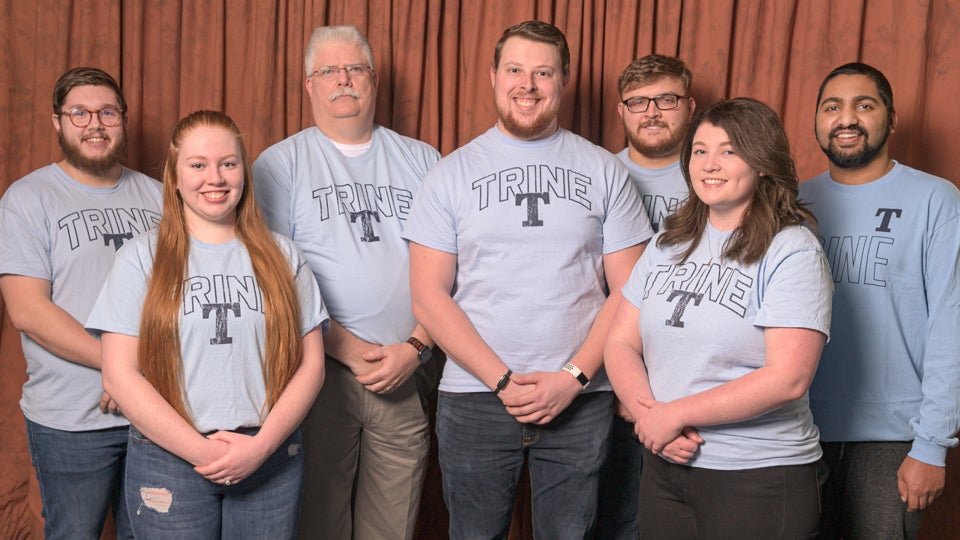 HUNTSVILLE, Ala. (Inside INdiana Business) — A team of design engineering technology majors from Trine University have won a top award in the 2020 NASA Human Exploration Rover Challenge. The challenge calls for teams to design, engineer and test a human-powered rover over a course that simulates the terrain of rocky bodies in the solar system. The teams also perform mission tasks while navigating the course.

The Trine team won the AIAA Best Report Award in the College and University Division. The award recognizes the team who best described their technical design process for the challenge.

“This year’s winning teams have demonstrated their knowledge of the process and requirements in the form of this report, conveying to the reader the entire scope of their Rover Challenge project,” said Ragini Acharya, STEM Director of American Institute of Aeronautics and Astronautics. “These teams discussed not only the procedures that led to the final product, but also explained how they went through the assumptions and constraints during the development of these concepts, a very important part of the design and development process.”

The Trine team consists of Carma Cherry of Angola ; Emily Atwell of Fishers ; Tyler Blanton of Gaston ; Ian Price of Fortville ; Alex Munger of Pioneer, Ohio; and Sandeeb Kurian of Elkhart, all members of the Trine University 2020 Class.  Associate professor of design engineering Timothy Jenkins, Ph.D. served as faculty advisor for the project.

“This is huge for us,” said Jenkins. “Earning a top award in a competition involving student engineers representing universities from around the world says a lot about the skill of Trine University graduates. It’s also exciting to play a part in projects that may one day help humanity set foot on other planets.”

The competition usually takes place in-person at the U.S. Space & Rocket Center near NASA’s Marshall Space Flight Center in Huntsville, Alabama, but the competition was moved online this year due to the COVID-19 pandemic. This year’s competition featured 111 teams from 27 states, Washington D.C., Puerto Rico and 11 other countries.