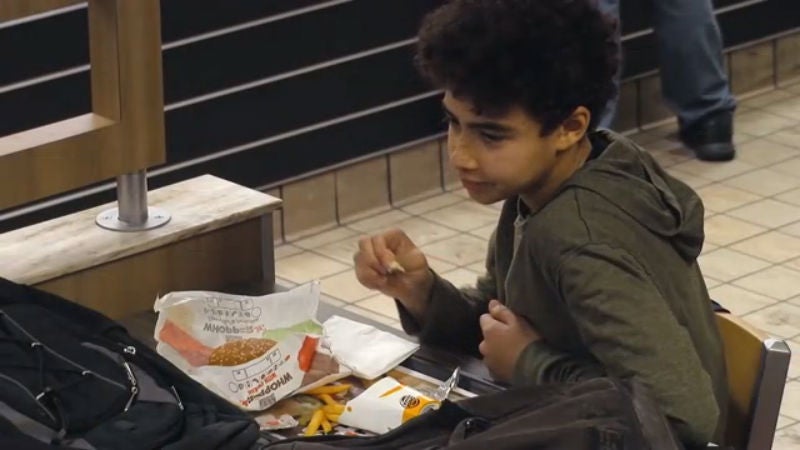 AUSTIN (KXAN) – Would you stand up if you saw a child being bullied? Burger King put its customers to the test as part of a partnership with NoBully.org.

Actors were paid to bully and harass a high school junior, who was also an actor, directly in front of other customers in one of the restaurant’s stores. Then, Whopper Juniors were also bullied, hit, smashed and otherwise tortured before being served to customers.

“The outcome was shocking, and unfortunately, not so shocking at the same time,” the company said in a statement.

“We know that bullying takes on many forms, physical, verbal, relational and online. But the first step to putting an end to bullying is to take a stand against it,” CEO and Founder of NO BULLY®, Nicholas Carlisle. “Our partnership with the BURGER KING® brand is an example of how brands can bring positive awareness to important issues. You have to start somewhere and they chose to start within.”

The experiment comes during National Bullying Prevention Month. According to NoBully.org, 30 percent of school children worldwide are bullied each year.