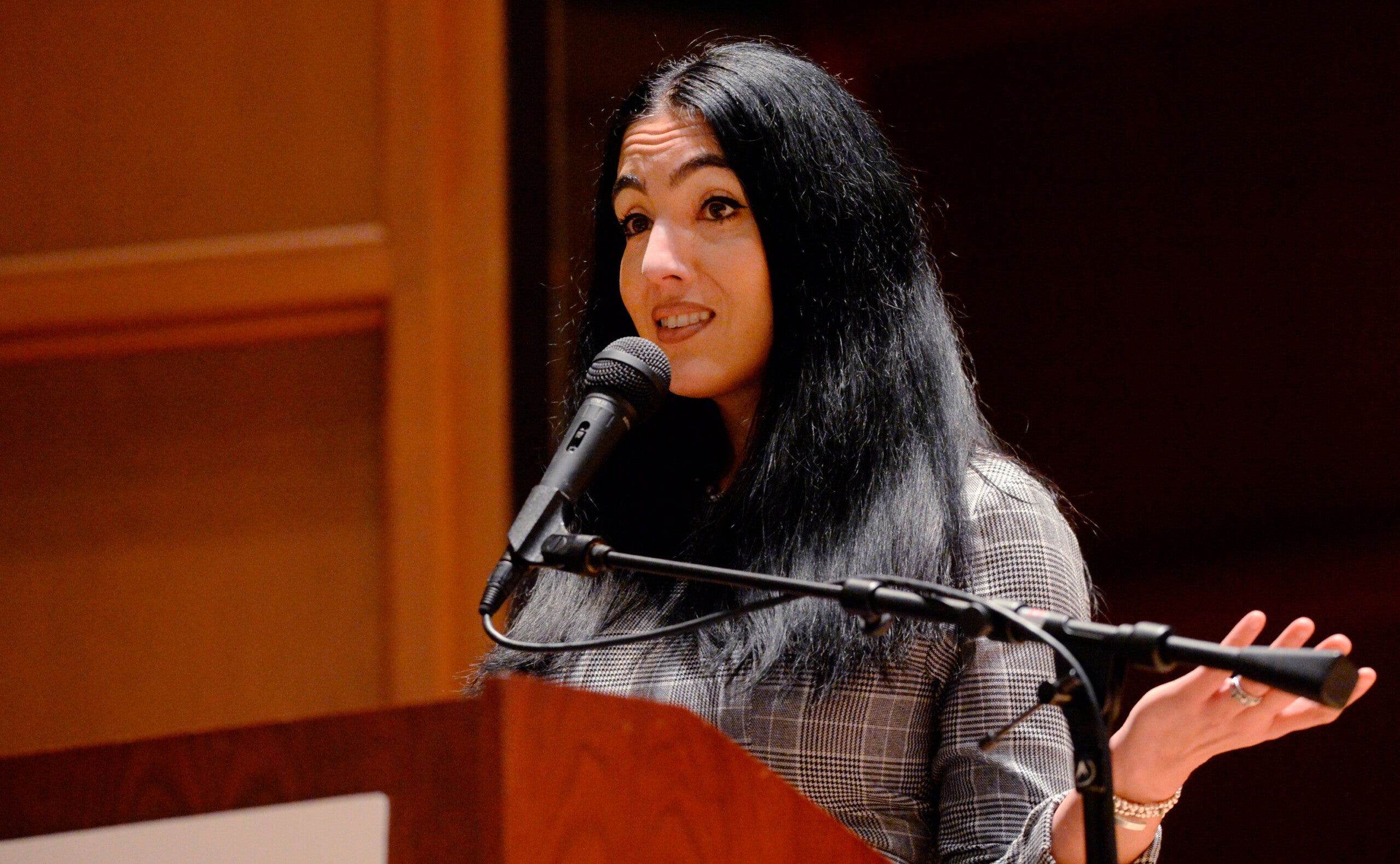 (CNN) — The wife of Pennsylvania’s lieutenant governor alleges she was insulted with a racial slur while grocery shopping this week.

Gisele Barreto Fetterman, who is married to Pennsylvania Lt. Gov. John Fetterman, told CNN the incident happened Sunday evening. In a two-second video Fetterman posted on her Twitter account, a White woman is seen lowering her mask and saying, “You’re a n****r” through Fetterman’s open car window and then walking away. Fetterman was born in Brazil.

Both Fetterman and the state’s governor pointed to the incident as an example of the increasing divisions in the US, particularly as the country continue to grapple with racism and xenophobia after a summer of escalated tensions regarding the deaths of Black Americans in the US.

CNN has not identified the woman in the video, but Fetterman told CNN that she had run into the store to pick up some golden kiwis when the woman started harassing her while she was waiting in line to pay.

“A woman walks past me and stops and looks at me, and then says, ‘Ugh, there’s that n-word that Fetterman married. And, she said you don’t belong here, and she called me a thief, and uttered some other ramblings. And, (she) kept walking, went to the other aisle, came back, said a few more things,” Fetterman said.

In an appearance on CNN’s New Day on Tuesday, Fetterman said the moment reminded her of the fear she felt during the 10 years her family lived undocumented in the US when she was a young girl, when a knock on the door could mean deportation.

“Even though I’m 38, I’m second lady and I have a family and a career, I was immediately again, a scared a 9-year-old undocumented little girl in that grocery line,” she told CNN’s John Berman.

The woman then approached Fetterman while she was backing out of her parking space. Fetterman told CNN the woman came out of the store without groceries, just her purse, and started yelling.

“I was still kind of crying and shaken, and that’s when I was able to record the final few seconds of her tirade, as I drove off. So you can see in the video, my car is actually moving. I was trying to leave where I was,” she said.

The woman “seemed happy” when Fetterman started filming her, she told CNN’s Berman.

“She didn’t hide from it,” Fetterman said. “I think people are more comfortable now being so bold in their bigotry or their hatred.”

CNN reached out to Pennsylvania state police and Forest Hills police, where the store was located, for additional information but has not received a reply. CNN also reached out to the corporate arm of the store where she was shopping.

The incident took place at the Forest Hills Aldi location, the chain confirmed. In a statement, Aldi criticized the woman’s actions and said she is “no longer welcome” to shop at its stores.

“We must stand together against racism in America. We absolutely do not tolerate harassment, discrimination or mistreatment of our customers or employees, and we condemn it in all forms,” according to the grocery chain’s statement. “We are reaching out to the Second Lady today to reiterate our stance, and ensure she feels safe and welcome in our stores anytime.”

Pennsylvania Gov. Tom Wolf condemned the incident on Monday in a statement, calling it “shameful and unacceptable.”

“Racism and hate speech are always unacceptable, and unworthy of Pennsylvanians. No Pennsylvanian should ever be made to feel unwelcome in our commonwealth because of their race or ethnicity. Gisele Fetterman spends much of her time devoted to making our state and world a better place and she — and every Pennsylvanian — deserves our respect, not the hatred too often displayed by people who seek only to further divide this country at a time when unity is so desperately needed,” he said.

Fetterman, who says her family fled violent conditions in Brazil when she was young, said she gets “ugly comments” regularly, but they typically occur online or in email, not in public. She called the whole experience “shocking” and “jarring.”

“I know that this woman does not represent the majority. I love this country,” she told CNN. “If anything, this makes me want to fight harder for my country. But it was a moment that brought me back to being a child and to being afraid.”