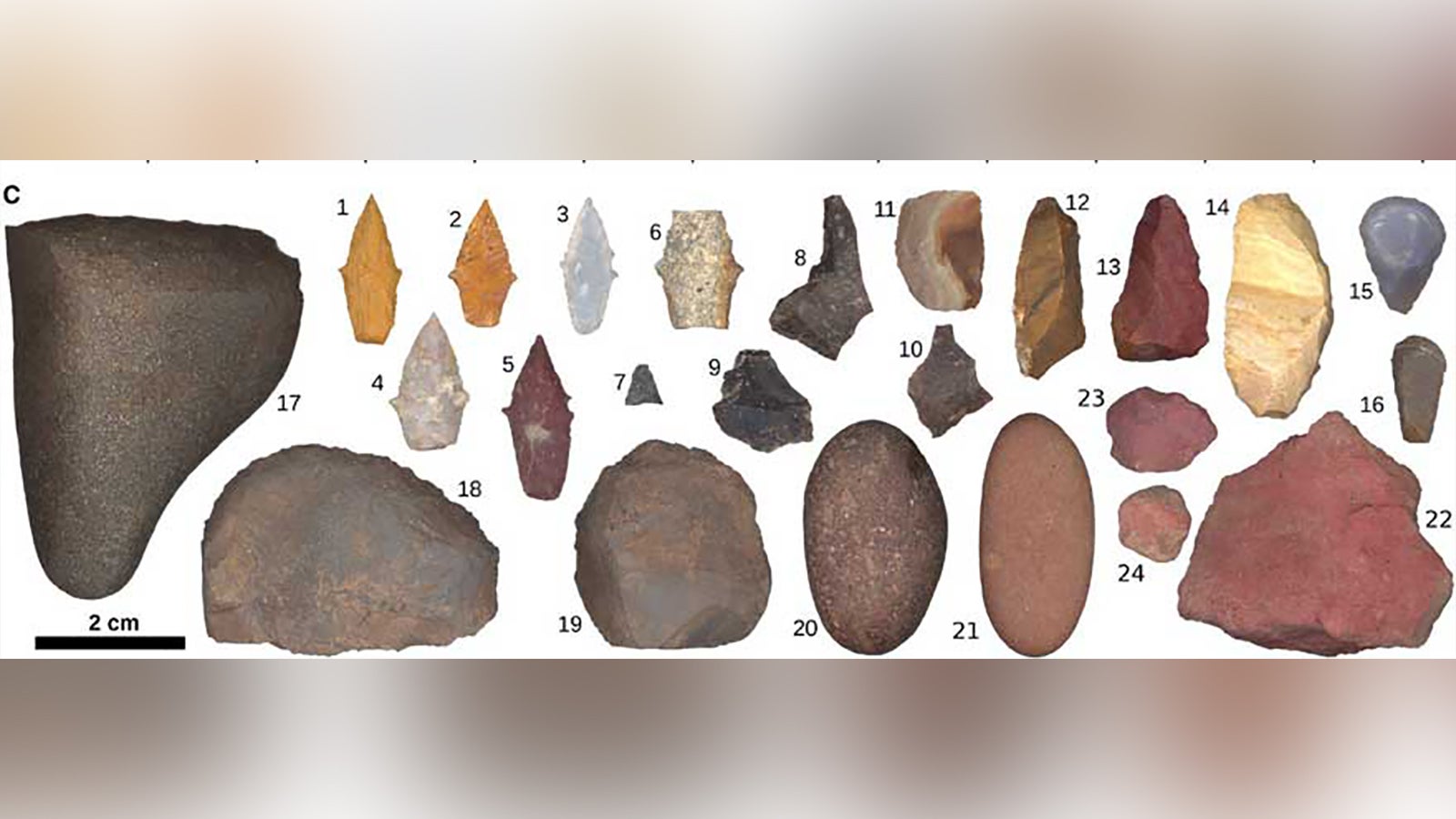 (CNN) — Men hunted. Women gathered. That has long been the prevailing view of our prehistoric ancestors.

But the discovery of a woman buried 9,000 years ago in the Andes Mountains with weapons and hunting tools, and an analysis of other burial sites in the Americas challenges this widely accepted division of labor in hunter-gatherer society.

The woman, thought to be between 17 and 19 years old when she died, was buried with items that suggested she hunted big-game animals by spear throwing — stone projectile points for felling large animals, a knife and flakes of rock for removing internal organs, and tools for scraping and tanning hides.

“Labor practices among recent hunter-gatherer societies are highly gendered, which might lead some to believe that sexist inequalities in things like pay or rank are somehow ‘natural,'” said lead study author Randy Haas, an assistant professor of anthropology at University of California, Davis, in a news release.

“But it’s now clear that sexual division of labor was fundamentally different — likely more equitable — in our species’ deep hunter-gatherer past.”

The burial site was discovered in 2018 during excavations at a high-altitude site called Wilamaya Patjxa in what is now Peru. The skeleton’s sex was confirmed by analysis of the bones and protein found on the skeleton’s teeth.

The objects accompanying people in death tend to be those that accompanied them in life, according to archaeologists. Although some scholars have suggested a role for women in ancient hunting, others have dismissed this notion even when hunting tools were uncovered in female burials.

However, Hass said this burial site was a particularly robust case.

“It took a strong case to help us recognize that the archaeological pattern indicated actual female hunting behavior.”

“Among historic and contemporary hunter-gatherers, it is almost always the case that males are the hunters and females are the gatherers. Because of this — and likely because of sexist assumptions about division of labor in western society — archaeological findings of females with hunting tools just didn’t fit prevailing worldviews.”

To examine whether this woman found at this site was an outlier, the researchers examined 429 skeletons at 107 burials sites in North and South America from the late Pleistocene and early Holocene periods — around 8,000 to 14,000 years ago.

Of those, 27 individuals were buried with hunting tools — 11 were female and 15 were male. The sample was sufficient to “warrant the conclusion that female participation in early big-game hunting was likely nontrivial,” the study, which published in the journal Scientific Reports on Wednesday, said.

The findings add to doubts about “man-the-hunter” hypothesis that informed much thinking about early humans since the mid-20th century. That theory posits that it was men who went out and hunted, bringing home meat to feed women and children, who were responsible for gathering berries, plants and nuts to supplement the diet.

But recent research suggests hunting was very much a community-based activity, needing the participation of all able-bodied individuals to drive large animals, the paper said. The weapon of choice at that time — a spear known as an atlatl — had low accuracy, encouraging broad participation, and using it was a skill learned from childhood.

Women may also have been freed from child care demands by “alloparenting” — rearing children was a job shared by many.

“Our findings have made me rethink the most basic organizational structure of ancient hunter-gatherer groups, and human groups more generally,” Haas said.