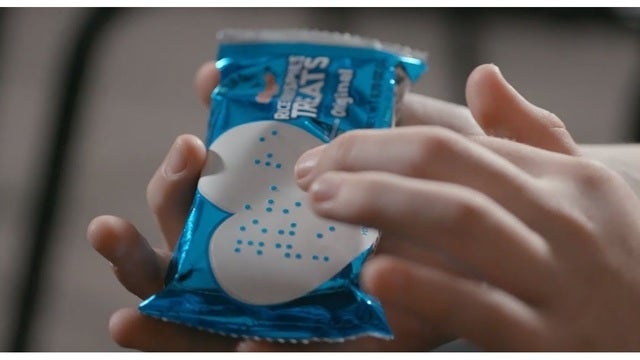 (WFLA) — Kelloggs wants more children to get a little something special in their lunch boxes.

Last summer, the company launched writable wrappers, so that parents could leave feel-good messages in their children’s lunch boxes. But those messages never reached the 62,000 U.S. school children who are blind or low-vision.

So, Kelloggs announced Tuesday it was adding braille stickers and even recordable audio boxes so those with vision impairments can still feel the love from their family members.

“Rice Krispies Treats realized not every child is able to experience the written notes of encouragement on the writable wrappers. So we wanted to make these ‘Love Notes’ more accessible this back-to-school season,” Emily Minardi, assistant marketing director of Rice Krispies Treats, told USA Today.

The heart-shaped stickers were made in partnership with the National Federation of the Blind and include eight positive phrases. The audio box plays a 10-second pre-recorded message and can be re-recorded more than 1,000 times.

According to the group, W.K. Kellogg, founder of The Kellogg Company, was blind for the last decade of his life and continued working full time after losing his sight.