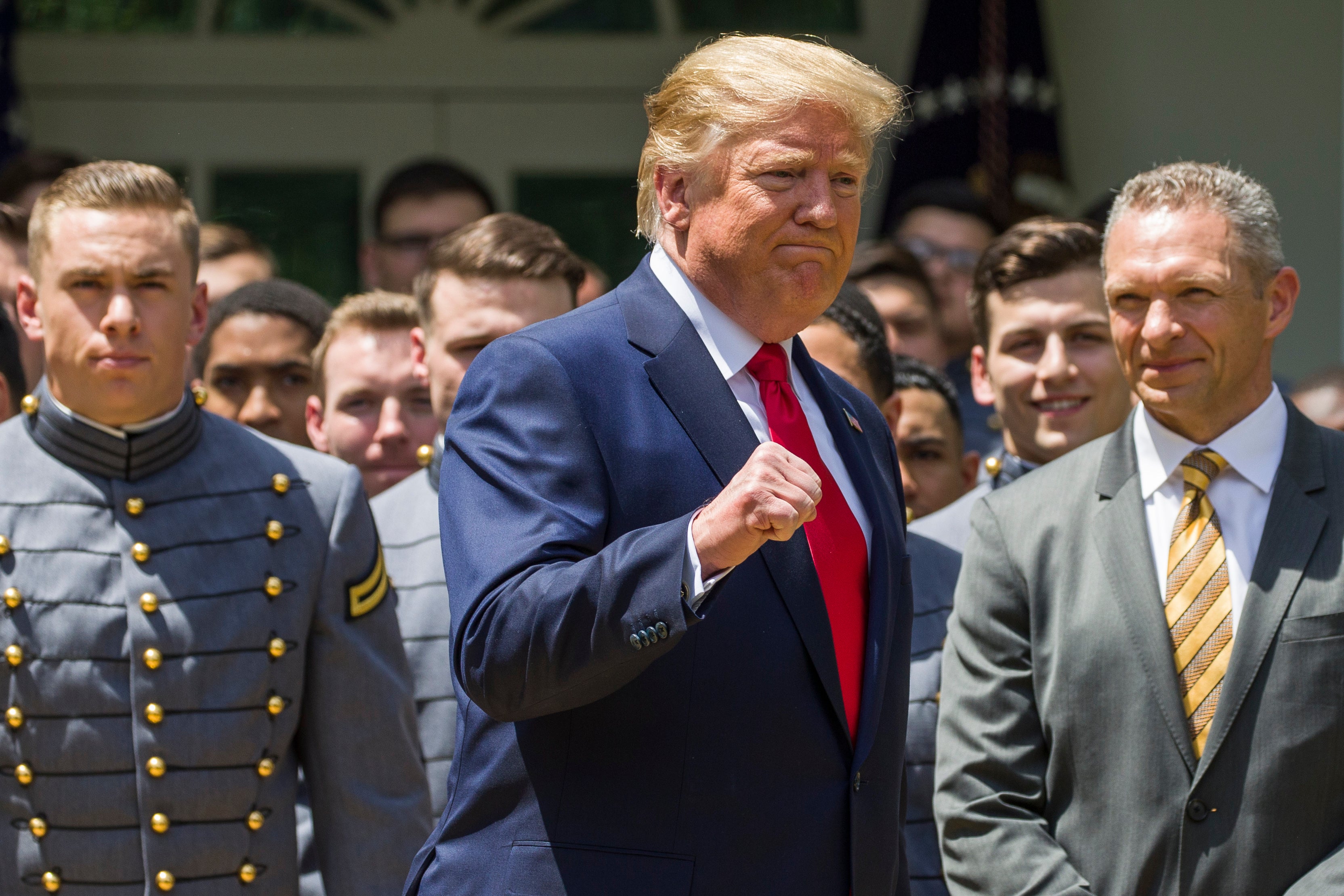 WASHINGTON (AP) — Treasury Secretary Steven Mnuchin has made it official: The administration won’t be turning President Donald Trump’s tax returns over to the Democratic-controlled House.

The move, which was expected, is sure to set in motion a legal battle over Trump’s tax returns. The chief options available to Democrats are to subpoena the IRS for the returns or to file a lawsuit. Last week, Neal promised “we’ll be ready” to act soon after Monday’s deadline.

Treasury’s denial came the same day that the House Judiciary panel scheduled a vote for Wednesday on whether to find Attorney General William Barr in contempt of Congress for failing to comply with a subpoena for a full, unredacted copy of special counsel Robert Mueller’s report. Fights with other House panels are ongoing.

“I will consult with counsel and determine the appropriate response,” Neal said in a statement Monday.

Neal originally demanded access to Trump’s tax returns in early April under a law that says the IRS “shall furnish” the returns of any taxpayer to a handful of top lawmakers, including the chair of the tax-writing Ways and Means Committee. He maintains that the committee is looking into the effectiveness of IRS mandatory audits of tax returns of all sitting presidents, a way to justify his claim that the panel has a potential legislative purpose. Democrats are confident in their legal justification and say Trump is stalling in an attempt to punt the issue past the 2020 election.

The White House and the president’s attorneys declined to comment on the deadline to turn over Trump’s returns.

Trump has privately made clear he has no intention of turning over the much-coveted records. He is the first president since Watergate to decline to make his tax returns public, often claiming that he would release them if he was not under audit.

But the president has told those close to him that the attempt to get his returns was an invasion of his privacy and a further example of what he calls the Democrat-led “witch hunt” — like Mueller’s Russia probe — meant to damage him.

Trump has repeatedly asked aides as to the status of the House request and has not signaled a willing to cooperate with Democrats, according to a White House official and two Republicans close to the White House.

He has linked the effort to the myriad House probes into his administration and has urged his team to stonewall all requests. He also has inquired about the “loyalty” of the top officials at the IRS, according to one of his advisers.

Trump has long told confidants that he was under audit and therefore could not release his taxes. But in recent weeks, he has added to the argument, telling advisers that the American people elected him once without seeing his taxes and would do so again, according to the three White House officials and Republicans, who were not authorized to speak publicly about private conversations and spoke on condition of anonymity.