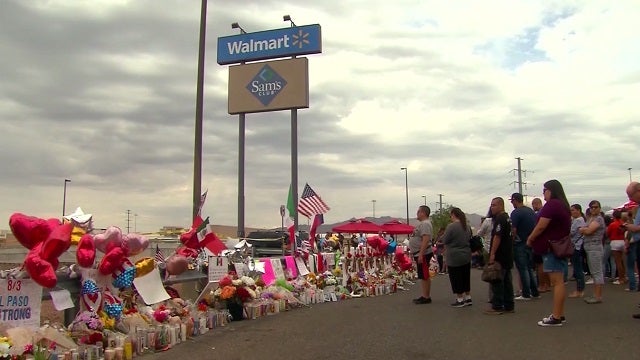 Many are now calling on lawmakers to make domestic terrorism a crime though others fear doing so will hurt communities of color.

“I’m very glad that the Department of Justice and the FBI are treating this as domestic terrorism,” said Sen. Ted Cruz (R-TX).

“We need to make sure we do all we can to deter individuals and hold accountable any individuals in the United States who are seeking to bring terror against our fellow citizens,” said Rep. Eric Swalwell (D-CA).

“I’m concerned right now minorities are being targeted by white nationalists,” he said.

Civil rights organizations worry a federal domestic terrorism law could hurt communities of color. Nadia Aziz from the Lawyers’ Committee for Civil Rights Under the Law said the criminal justice system is inherently biased. She pointed to drug laws as an example.

“There’s no evidence that black communities and communities of color use drugs any more frequently than other communities, yet they are alwasy the ones that are targeted,” Aziz said.

She said hate crime laws cover acts of domestic terror and the El Paso shooting is already being investigated as a hate crime.